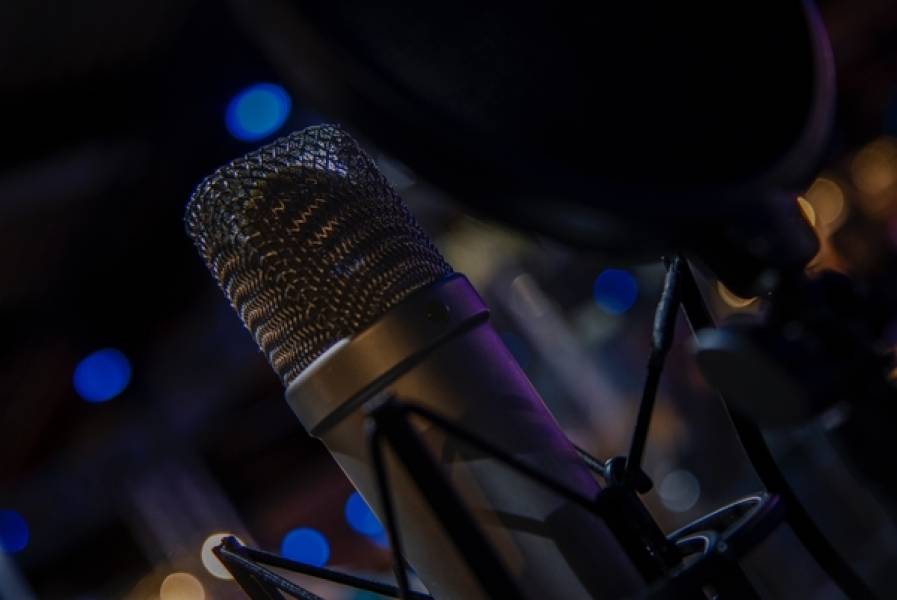 Before They Became Megastars

The Tunedly Team
November 21, 2018
Ever wondered how your favorite singers/songwriters presented themselves before blowing up big? How they dressed, talked, or behaved? If you’re a true “stan,” you’ve probably researched all the little details, from their favorite color down to their go-to past time activity.
But have you managed to view footage of them in the early stages of their careers before they became widely-acclaimed household names? Sometimes, you can learn a lot from those you look up to by getting some insight into what their headspace was like when they were just starting out.
Who knows, something they say or do might just resonate with your current situation and motivate you to be more determined or try new things with your own career. Or you might just find it fascinating to look at the transition from who they were then to where they ended up in their illustrious careers.
Whatever the case, we thought it would be fun and interesting to check out a few popular singer-songwriters back when they were still in their pre-superstar stages. Follow us down memory lane and check out these early interviews - in no particular order - of 15 popular singers/songwriters before they became super famous. Enjoy.

While this 1964 interview featuring a 17-year-old Bowie and his friends had nothing to do with music, it provides a snapshot of the early mindset of the late musician who was considered to be among the most innovative songwriters.

This interview catches a 22-years-old Stefani Germanotta right before she exploded into superstardom. Listen to her talk about having a deep passion for writing songs and making music, and not waiting for opportunities to be handed to her, as well as the story behind her name (although you’d probably already know that if you are a true Gaga fan).

One of the biggest names in R&B, Usher started doing music at a tender age, and already had a few songs causing a stir by the time he did this interview at the age of 18 in 1997. It’s hard to miss the hunger in his eyes as he discussed his work on his upcoming project that eventually produced hits such as “You Make Me Wanna.”

The year was 1966 and a young Barbra Streisand had already made a name for herself in music and film but she still had a long career ahead. While the audio is not the best, if you listen closely, you can hear her talk about how show business being looked down on by some members of society affected her attitude and outlook on being an entertainer back then.

Some people were born to be in music and there is no better evidence of this than Bruno Mars. Watch as a six-year-old Mars impersonates Elvis Presley and give an interview that belied his tender age. It’s not hard to see why he’s grown to be a superstar singer-songwriter.

If you’re a Swiftie, you’ve probably seen this interview before. Either way, 16-year-old Swift in this 2006 interview sounds pretty sure about, and focused on, the super successful artist she would become.

Jackson was already a successful young performer when this interview took place in his early teens back in 1972. Nonetheless, his unassuming, somewhat shy demeanor didn't give it away that he would later on become the undisputed King Of Pop.

This 1990 interview is among the first known TV interviews by a 20-year-old Mariah Carey when she was right on the brink of success. Her thoughts on what motivated her to write her breakout hit and other songs on her debut album surely offer a message for other aspiring singer-songwriters.

If nothing else, this short interview of a 15-year-old Celine Dion shows off a quality of being able to laugh at herself as she struggled with explaining her ambitions using the English language back then.

This MTV interview features a 20-something-year-old Madonna talking about her two first videos that were doing well at the time. It’s hard to miss the conviction and confidence she had in her music, which shows the importance of believing in what you’re doing.

Known for his deep thinking, this first-ever 1985 TV interview by a young Prince shows off his shyness and maturity, as well as a look inside his genius mentality. It also displays his attitude to creating music, an attitude which served the late legend throughout his long career.

Before she became a global superstar, Adele’s personality and mannerisms were that of a young lady faced with all the trappings of girls her age, based on this interview. Recorded just before her first album came out, it’s anybody’s guess as to whether much has changed about her.

This interview, which took place in 2008, might be a trip down memory lane for numerous millennials who spent their teen years listening to Justin Bieber. Apart from marveling at how quickly time flies, it's also a reminder of how the young prodigy used YouTube to propel his hugely successful singing-songwriting career.

Just before she became a global powerhouse of vocal mastery, Whitney Houston appeared as a soft-spoken young woman, who had a genuine zest for doing music. The occasion was her first interview with Entertainment Tonight at the age of 21.

Regarded as one of the greatest songwriters in history, it isn't hard to see why in this 1967 Joni Mitchell interview/performance. While the audio is not the best, if you listen closely, you can hear her talking about how she got inspiration for a song and how she describes her growth as an artist.

SINCE YOU STAYED TO THE END, LET'S TALK A BIT ABOUT TUNEDLY. WE ARE AN INNOVATIVE MUSIC PRODUCTION AND PUBLISHING SOLUTION FOR SONGWRITERS AT ANY STAGE IN THEIR CAREERS. JOIN HUNDREDS OF SATISFIED MEMBERS.

Get Up And Get Moving

Taking regular short breaks, walking, and exercising are some of the proactive ways to reduce sedentary behavior as a music creator.