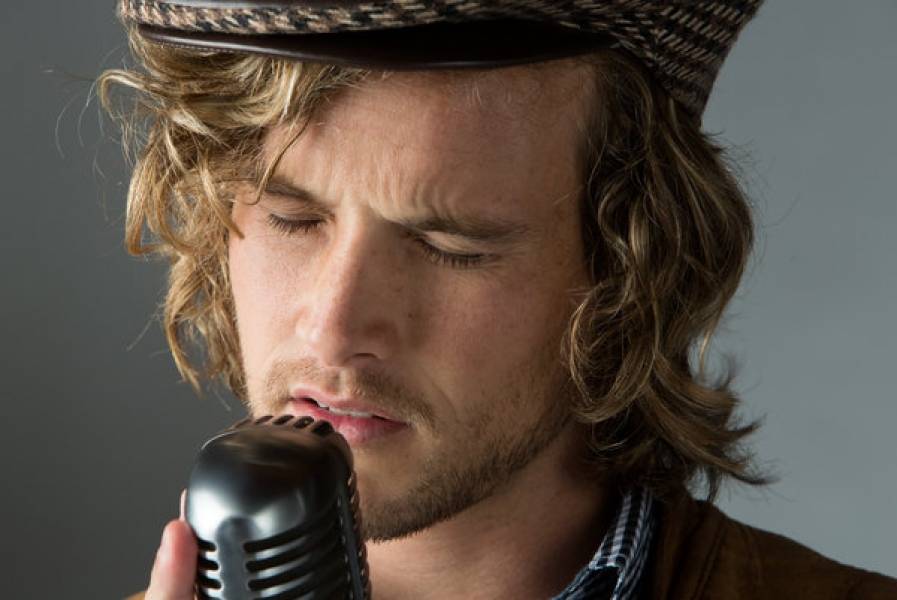 Are most of the world’s singers, who record their songs in the English language, from the same country? Based on the so-called ‘singing accent’ it would seem that way. In fact, it would seem they are all manufactured in some sort of singing factory – located in the U.S. of A.

Seriously, with the exception of a few, some of the most well-known singers seem to pronounce and enunciate their words the same way while singing, but then they talk and it’s a whole different ball game. For example, have you heard Adele in interviews? Her heavy British accent is far apart from how she forms her words in many of her hit songs, such as “Hello” (although she can be heard for a brief moment speaking at the start of that video).

How about Ed Sheeran, Jessie J, Seal, Mick Jagger, or Rod Stewart? If you listen to these stellar English singers in interviews, you’d probably wonder if they had body (voice?) doubles or if they hired session singers online, or otherwise, due to how different they sound on the recorded versions of their songs. Other British acts whose accents are missing from their songs include Emeli Sandé, Elton John, Little Mix, Sade (Nigerian-born), and Taio Cruz.

This mind-boggling phenomenon is not limited to British singers. Apart from “Work,” “Pon de Replay” and a handful of other songs which she did in her native tongue, Rihanna’s Caribbean accent pretty much disappears on most of her big hits, such as “Diamonds,” “Stay,” or “We Found Love.” Ace of Base, a Swedish band that struck it big in the 90s also sounds quite ‘standard’ on many of their hits when it comes on to listening to the group’s recorded music. Even Celine Dion, whose English tends to have a French-Canadian accent when she speaks, loses it when she belts out her notes.

So, why is it that singers seem to lose their accent when singing? If you do a quick Google search on the topic, you will see that it’s one that is heavily discussed on forums, in articles, and across social media. Yup, it’s a seemingly strange thing and there are several explanations given, depending on who you ask.

According to the experts, the reason for many singers naturally transitioning into a standard (American) way of singing simply comes down to the mechanical aspects of speech compared to those of singing. Apparently, it is harder to fully pronounce certain words in a non-native accent, for instance, while singing. In singing, some syllables and vowels naturally get stressed to go with the cadence, rhythm, and melody of the music. As a result, some singers tend to naturally drop the accent without even realizing it.

In the case of British singers, the main issue where this is concerned tends to lie with the vowels and some consonants, such as ‘R’ and how they are stretched or shortened. In fact, the different English accents are often defined by the length of vowel sounds and inflection. For instance, in accents originating from London, Liverpool and some other places in England, the speakers tend to do what is called lip-rounding when forming words that contain the letter ‘O’ such as hot, not, stop, etc., so as to get the true sound of the vowel.


In Standard or American English, on the other hand, the lips stay relaxed to produce more of an ‘AH’ sound, and there is more of what is referred to as jaw-drop rather than lip-rounding. Without taking you back to English class, this video explains it quite well.

That’s just one tiny example, but as you can probably imagine, it would seem just a tad bit easier to drop the jaw than to round the lips when singing a lyric containing a word that has the ‘O’ vowel, even without factoring in notes and chord length.

The “Americanization of Music” Explanation

Expert assessments aside, there is the argument that the influence of the American culture on popular music is the real reason why non-American singers lose their accents on their songs. People who support this argument often highlight the fact that most popular music has been produced in the United States for many decades. Most popular music also comes from American record labels. Add that to the fact that much of the global music industry is centered around the United States (RIAA, DMCA, performance rights organizations, major music award shows, etc.).

In addition, much of the music that many people grow up listening to is performed by Americans, or by people who sing in what is perceived to be the American accent. As a result, when someone decides to start doing music, they naturally do so in the accent they keep hearing in the songs they have been listening to for years.

While this explanation sounds reasonable, it would beg the question as to whether the American accent becomes the neutral singing accent in English. Or is it that a neutral singing accent just ends up sounding American? If that’s the case, are some British singers consciously trying to sound American, or are they just singing in a neutral tone which happens to sound American?

Mainstream music is considered to be music that is listened to by a wide cross-section of people, cutting across barriers such as language, culture, and race. With standardized English used as a connective language between people from different nationalities, it follows that artists, who want to have an international following, would naturally sing in a neutral English accent to appeal to fans in a mainstream way. That’s because it is perceived that singing in a native accent produces what is termed folk music, which may not appeal to the masses.

It’s little wonder why many singers outside North America usually head there to not only introduce their music to a wider audience but also create songs in professional music recording studios that are located there. By the way, if you think about it, many producers, and engineers who work at these studios want the songs to sound a certain way to increase their chances of being accepted into the mainstream, so singers and songwriters from Britain, for example, may lose creative control.

Additionally, most popular songs usually have to become accepted by the American audience in order to be considered a hit. As a result, the singers consciously avoid their accents when singing in order to sound more ‘mainstream American’ so to speak. A number of singers have been accused of this, including Keith Urban, whose Australian accent is missing from most of his recordings. The Rolling Stones (Mick Jagger, Keith Richards) are also pointed out where this is concerned, but considering that the band is into rock and roll, that should explain why they sing the way they do.

As it relates to having a 'mainstream' sound, there are quite a few exceptions, such as The Beatles, who held on to their English accents in a number of their popular songs, as well as the Sex Pistols, another popular British band. There are also some reggae singers who have made it big while singing in their original accents. These include the late Bob Marley with hits such as “Three Little Birds” and “One Love,” as well as Sean Paul with “Temperature.”

Is Singing in a Neutral Accent a Problem?

On the surface, it doesn’t seem to be. After all, even audiences lose their accents. Just check out videos of concerts in various non-English places around the world where everyone is singing along to the lyrics of a popular artist who is singing in English. However, every now and then there is some uproar about how different someone sounds when they decide to sing a song.

For instance, back in 2015, an article by Journalist and Blogger, Kat Brown, noted how British singer Alesha Dixon was, proverbially, raked over the coals for performing her country’s national anthem in what many described as an American accent.

Apart from that, people sometimes gasp in disbelief when they hear a singer speak for the first time and can’t believe it’s the same person who sings their favorite song.

It can be surprising how differently someone sounds in speech compared to how they sing. But it’s probably not a big deal as it’s sometimes made out to be because music, especially great-sounding music is, in fact, a universal language.

If you found this article to be interesting, please share it. 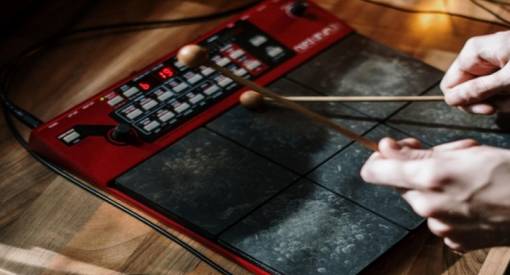 There are many parts to writing a song.