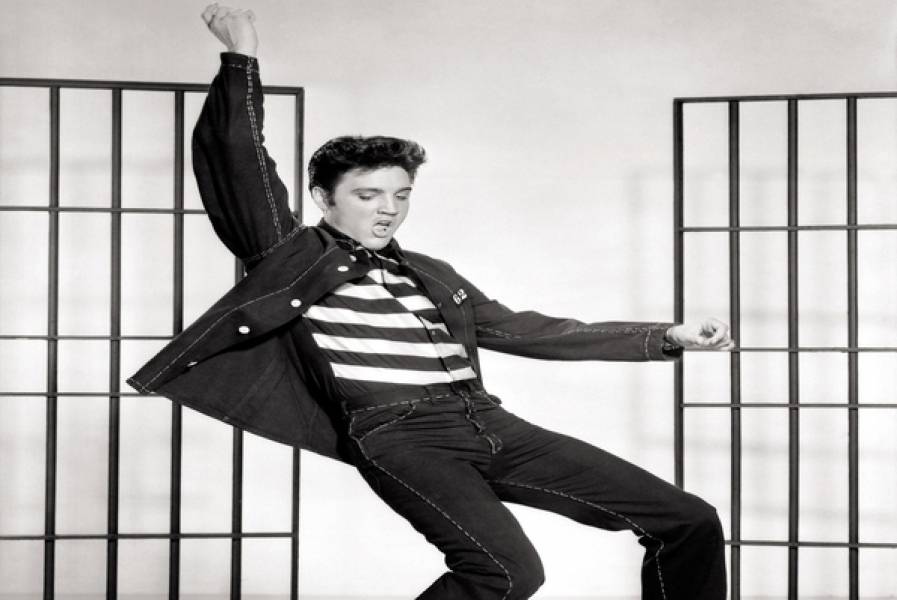 The Tunedly Team
July 10, 2019
Nonsense might be, well, nonsense, but it does have a place in society. From useless gadgets designed to do nothing except pass the time to odious contraptions that are meant to be funny, people make use of nonsense in a variety of ways.
Music is no exception. People have been injecting unintelligible phrases and sounds in song lyrics for a long time – certainly from the early days of doo-wop and jazz to the origination of pop and rock. When it comes on to the pop genre, there is quite a bit of literature about pop artists turning to nonsense lyrics to make hits.
On that note, if you have ever thought about injecting lyrics into your songwriting that could be considered wacky or going against the laws of grammar, you would be in good company. In fact, many of the world’s most well-known artists have turned to nonsensical lyrics in attempts to entertain their fans. Elvis Presley, one of the most famous musicians to have walked the face of the Earth, is among such acts. Presley got many of his fans hooked, not just with his magical voice but also through using lyrics that defied comprehension at times.
Just take a close look at the following lines:
- “Well, you ain't never caught a rabbit and you ain't no friend of mine.” It’s a catchy hook from the song “Hound Dog” but is catching a rabbit a requirement to be someone’s friend?
- “Rock-a-hula baby/ Rock-a-hula baby/ Got a hula lulu from Honolulu/ That rock-a-hula baby of mine.” Another catchy refrain, this time from the song “Rock-a-hula-baby,” but what does all these hulas and lulus even mean?
- “A well’a bless my soul/ What’sa wrong with me?/ I’m itchin’ like a man in a fuzzy tree.” These lines from “All Shook Up” rhyme pretty well and, considering that Elvis was describing the feeling a woman was causing him to have, they do make sense. But what exactly is a fuzzy tree?
While it’s no secret that many of his songs were written by other people, it’s clear that Elvis had a way with words that allowed him to stand out from other entertainers. The rock and roll legend, who is widely known as the “King,” heavily relied on catchiness and gimmickry to deliver many of his hits. He used nonsensical lyrics to such a tremendous effect, they played a big part in elevating him to the pop icon he is now known as. His unique delivery also led to many viewing him as one of the shapers of modern pop music.
This is evident in the fact that many other pop stars seemed to have taken a page out of Elvis’ book by injecting some nonsense lyrics from time. John Lennon and Paul McCartney of The Beatles fame with songs such as “I Am The Walrus” and “Ob-La-Di, Ob-La-Da” are prime examples. David Bowie, who built many songs by rearranging cut-up lyrics, ended up with nonsense lyrics sometimes (check out “New York’s In Love”). Even The Police got in on the act with “De Do Do Do, De Da Da Da.”
When it comes on to the modern era, there are many musicians who also make use of nonsense lyrics to give their songs an extra edge. Hanson with “MMMBop,” Lady Gaga singing “Rah rah ah-ah-ah” in “Bad Romance,” and LFO’s matching up of New Kids On The Block’s hits with Chinese food are among the most popular examples.
So, should you write nonsense lyrics?
Many songwriters tend to obsess with how their lyrics flow or how understandable the message is when writing a song. This need to craft ‘perfect’ lyrics sometimes result in endless chopping and changing. But from examining the love affair with nonsensical lyrics by Elvis Presley and numerous other artists, it might turn out to be a good thing to leave your lyrics vague from time to time.
Reasons to write nonsense
1. To generate interest in your song. People tend to spend a lot of time trying to figure out lyrics that seem meaningless.
2. To disguise the true meaning of what you are trying to say. If you're handling a sensitive topic or want to mask words that might not be fit for airplay, you can come up with words or phrases (shaving cream?) that are more palatable albeit nonsensical.
3. To create a cool hook. Many songs with la la, na na, dum dum, da da, etc., are simply there to create a catchy hook that gets stuck in listeners' heads.
4. To create filler lyrics. This is not about being lazy and just mindlessly writing down gibberish. Instead, it's for when you want to place emphasis on existing lyrics, or if you are trying to create a dramatic bridge or ending, thereby preventing your song from sounding monotonous.
5. Just to be creative. Yes, there is creativity in creating nonsense.
It's really up to you but, who knows? Investing in some nonsense lyrics for a change could draw some attention to a song that goes on to do well or attracts a famous artist who is on the lookout for that kind of content.
The next time you sit down to write a song, try channeling your inner Elvis, whether that means making up non-words that sounds like gibberish or creating lyrics that have no apparent meaning, except to rhyme. What you come up with could be rather interesting.


WHEN YOU'RE READY TO TURN YOUR LYRICS INTO SOMETHING SPECIAL, WE WILL BE THERE FOR YOU. CREATE CHART-TOPPING SINGLES AND YOUTUBE HITS WITH TUNEDLY.