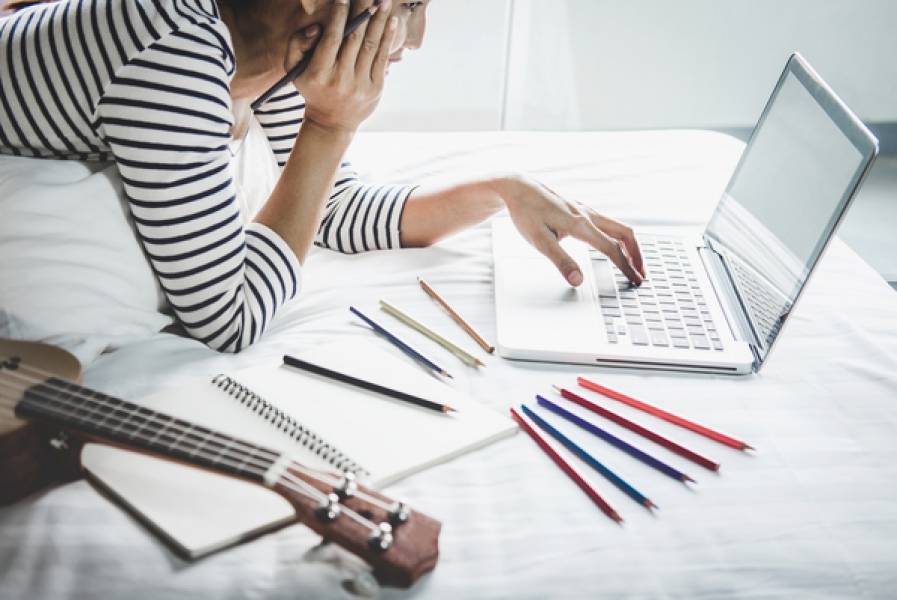 Guest post by Shaun Letang of Music Industry How To
March 14, 2019
When it comes to songwriting, there are thousands of guides out there telling you what to do. While many of these are helpful, what they often leave out is the mistakes beginner songwriters often make.
As knowing what not to do is often equally important as knowing what to do, today I’ll show you some of these mistakes so you can avoid them. These are based on hundreds of conversations and interactions I’ve had with songwriters, so I hope they’re helpful.


Mistake 1: Being Too Strongly Influenced By Other Songwriters

When you finish that first song or two, you may look back at it and realize it sounds like a song from your favorite songwriter. Or even if you don’t notice that, someone else may point it out.
This is quite common. After all, like any skill we pick up, we learn to do it by watching other people.
Sometimes the decision to write a song like your favorite artist is a conscious one, sometimes it’s not. But if this is something you find happening, I strongly advise you to make an effort to create your own style.
We’re all influenced by other songwriters and songs, so that’s not the issue. When you sound like the clone or knockoff version of another musician, that’s when you’ve been too heavily influenced.
One way to get around this mistake is by actively listening to other styles of songs. Look at other artists in other genres. Some with faster songs, some with slower songs. Some happy, some sad. Songs that hit on various subject matters.
The key here is to discover different sounds you like and mix up your influences. Because, while writing too much like one person is copying, if you take inspiration from many different songwriters with all different styles, using this mix you’ll more likely come up with something unique to you.
The best solution is often thinking up something that makes your songwriting stand out which no one else has done. But failing that, the above tactic can work too.


Mistake 2: Writing What They Think They Should Say, Rather Than What They Feel

Another mistake I see beginner songwriters make is writing what they think should be said, rather than letting their emotions speak for them. An example of this is writing a love song. Let’s say you had this line: “Baby girl, you know that I love you...”
For many beginner songwriters, an obvious second line would be something like this: “And I know that you love me too.”
It rhymes, it makes sense, and it’s a commonly accepted style of lyric in love songs. So it’s what you should put, right?
Well, while you can, I encourage you to pause and try to express yourself more. Maybe you could carry on letting them know how you feel, for example: “Baby girl you know that I love you...”
Followed by: “I get a tingle every time that we talk.”
No, it doesn’t directly rhyme (we’ll talk more about that soon). But it flows well, and it’s more what I would want to say when writing a love song. From there, I’d go on to share more of my real feelings, not just repeat what other love songs have done before.
A good way to do this is to jot down everything you feel about your song’s subject matter before you start putting your lyrics together. This will be the groundwork for what you’ll say in your song. Once done, you can restructure your feelings in a way which will sound good over a track.


Mistake 3: Thinking Their Lyrics Have To Rhyme

When you write a song, everyone knows the lyrics have to rhyme… Right?
Er, not really.
This is a widely accepted myth and one that many beginner songwriters get caught out by.
There are plenty of examples of lyrics from the biggest musicians in the world not rhyming. One of my favorites is ‘Banana Pancakes’ by Jack Johnson. In the first verse he sings these lyrics:
“Waking up too early,
Maybe we can sleep,
Make you banana pancakes, Pretend like it's the weekend now,”
Check it out from 27 seconds in:

When listening to those lyrics being sung, does it sound weird that they don’t rhyme? No, because they do something else very important instead: They flow!
Once you know how to make your lyrics flow together, even if they don’t rhyme, the type of songs you can write will greatly open up. When a lyric has to rhyme, there’s only so many ways you can finish the next line. But when it doesn’t, it’s a lot easier to write about what you feel, rather than worrying about what you can get the line to rhyme with.
That’s not to say some parts of your songs shouldn’t rhyme. But just don’t be chained to them doing so.


Mistake 4: Not Backing Up Their Songs Digitally

A final mistake I see being commonly made is not backing up their songs digitally. In fact, this is a mistake I’ve made myself recently, even though I’m not a beginner songwriter. Whoops.
These days I tend to write songs in batches. When inspiration strikes, I tend to go on a writing spree that lasts a few days. And in one of those recent sprees, I did the majority of the writing on my phone.
This is pretty standard for me, and normally I’d send these lyrics to my computer to back them up on Dropbox. This time though I took my time backing them up and my phone ended up breaking.
I lost a few complete songs and many other half-finished promising ideas. While it’s not the end of the world, it’s really frustrating and more common than you might think. It’s a good thing I already have most of my other lyrics backed up, as if I kept all my songs on my phone I’d be starting again from scratch.
Going forward I’ll be using a notepad app which automatically backs up my lyrics digitally online. That way, if the worst happens, I’ll still have my lyrics and be able to access them from another device. I recommend that you do the same.
So there you have it, four mistakes I commonly see songwriters make.
If you found the above useful and want to learn the other side of things (what you should be doing), be sure to check out my songwriting guide. There you can get a lot of helpful tips for writing good songs for your Tunedly produced tracks.
Shaun Letang is the owner of the website Music Industry How To. Through his site, he gives music career advice to musicians, music managers, producers, performers, and anyone else involved in the music industry.
Disclaimer: Please note that the views expressed here do not necessarily reflect those of Tunedly.