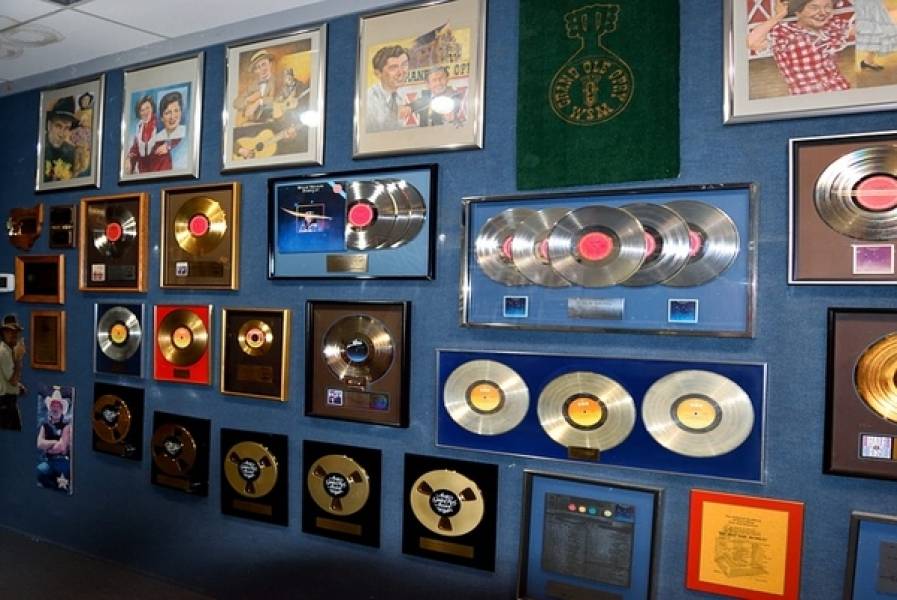 The Tunedly Team
February 05, 2020
Long known as "Music City," Nashville in Tennessee has been instrumental in the development of American music, especially the Country genre. Its fame in this regard has been promulgated by a number of successful musicians, many of whom are world-renowned. But a lot of its success can be attributed to music producers, Nashville-based, who have constantly pushed the envelope to create music that would have mass appeal.
Legendary music producers such as Owen Bradley and Chet Atkins have left behind a legacy that many other designated music cities would envy. However, there are modern music producers operating in Nashville, who are doing an excellent job of upholding its reputation as an epicenter of hit music. Here are 11 of the top music producers in Nashville:

Nathan Chapman currently operates as a session musician who plays the guitar, banjo, and mandolin. He is also one of the most successful and best-known music producers currently operating in Nashville. Much of his success comes from his body of work involving some of Taylor Swift's biggest Country hits in her early years. In fact, Chapman was not widely known in music circles before his exploits on the albums Taylor Swift, Fearless, Speak Now, Red, and 1989. Two Album of the Year Grammy Awards, as well as Dove and American Music Awards, along with plenty of recognition, are among his achievements so far. Chapman has also worked with several other standout acts, including Martina McBride, Shania Twain, Lady Antebellum, and Keith Urban.

Born in Germany, Michael Wagener has spent a great amount of time in Nashville as a music producer. Unlike many famous Nashville producers, however, most of his credits are linked to the genre of Rock music. His work in this area has resulted in the sales of 94 million albums worldwide, including hit songs performed by Ozzy Osbourne, Metallica, and Motley Crue. In addition, Wagener's reputation as a non-traditional Nashville producer (as in not a producer of country music), has seen him attract a diverse mix of talent to the city, some from as far away as Europe.

Six-time Grammy winner Dave Cobb has contributed to a wealth of music that could read like a top-40 countdown list. The music producer who is also a songwriter and music executive has been associated with popular music performed by the likes of Jason Isbell, Chris Stapleton, John Prine, Brandi Carlile, and many others. Most recently, Cobb had a hand in the soundtrack for the big screen project A Star Is Born and even produced the song "Always Remember Us This Way" by Lady Gaga.

Known widely in music circles since the 1980s, Dann Huff has also helped to produce songs by many of the who-s who on the Nashville and wider music scene over the years. The winner of the Musician Of The Year award in 2001, as well as other awards at the Country Music Association Awards, Huff has also done work in the rock music genre. His talent partially stems from being raised in a musical family (his father composed and arranged music for film and television productions) but Huff has also proved to be a hard worker. His credits include hits by Faith Hill, Lonestar, and Rascal Flatts. In his long career, Huff has toured with a number of artists and even played guitar for the late Michael Jackson.

As the owner of her own music recording studio, Ragtop Recording, and founder of Kim Copeland Productions, she is one of the few recognizable female music producers operating in Nashville. Her work includes projects with many upcoming and established artists. She also, notably, was among the music producers included in the well-known video series The Art & Science Of Sound, which was created by the famous artist Alan Parsons. Copeland works with artists across a number of genres, from Country and Christian to Pop and Rock.

Although starting out as a beatmaker in the underground hip-hop scene in Tennessee, Zach Crowell has morphed into a go-to mainstream music producer in Nashville. Born and raised in the city, Crowell was first hired on a major project by Keith Urban. His stocks as a hitmaking producer has gone up several notches after his work on projects by Sam Hunt, Lecrae, Carrie Underwood, Will Hoge, and Dustin Lynch. He is also a noted songwriter and has lent this aspect of his talent to tracks picked up by Florida George Line and Luke Bryan, among others. To top it off, Crowell has added the title of Grammy winner to his name.

Bearing the titles of Country music producer and author, Tamara Saviano is another rose among the thorns where top Nashville music producers are concerned. Among her most famous exploits include co-producing Beautiful Dreamer: The Songs Of Stephen Foster, which copped a Grammy Award, as well as working on This One's For Him: A Tribute To Guy Clark, which won an Americana Award.

A holder of a BA Degree in Music, Drew Middleton straddles several disciplines in the field. He is a singer-songwriter, who has won BMI awards in that capacity, as well as a multi-instrumentalist. In addition, he has been operating as a music producer for well over a decade, offering his skills to projects in the genres of Country, Rock, and Pop.

Although born in New Jersey, Chris Destefano is famous for his work done as a music producer in Nashville. He has had a hand in numerous number one country songs, including projects by Kelly Clarkson. He has also written or co-written a number of hit songs such as "Kick The Dust Up" by Luke Bryan and "Smoke Break" by Carrie Underwood. DeStefano started out in music at a tender age and has worked his way up to be one of the most in-demand songwriters and music producers in Nashville, winning Grammys and other awards in the process.

Shane McAnally is a complete musician in his own right, having traveled the paths of solo artist, acclaimed songwriter, and then music producer. His credits as a music producer in Nashville, however, is the most impressive spot on his resume, having worked with the likes of Kacey Musgraves, Kelly Clarkson, Kenny Chesney, Sam Hunt, Lady Antebellum, Miranda Lambert, and numerous other music stars. McAnally has landed several awards for his troubles, including a Songwriter of the Year Award from the CMA and a Grammy nod for Best Country Album. Most recently, he has taken up mentorship duties on the songwriter reality show Songland.

Rounding out the list is a young woman, who drew inspiration from other notable Nashville producers to become one herself. Vanderheym wrote and produced her very first song all by herself, which gained some attention on SoundCloud. Since then, she has worked on a number of projects, including producing Danielle Bradberry's "I Don't Believe We've Met" and "Fight" by Tayla Parx. In addition, she has been building her credits as a songwriter, most recently collaborating on the hit "Talk You Out Of It" by Florida Georgia Line.