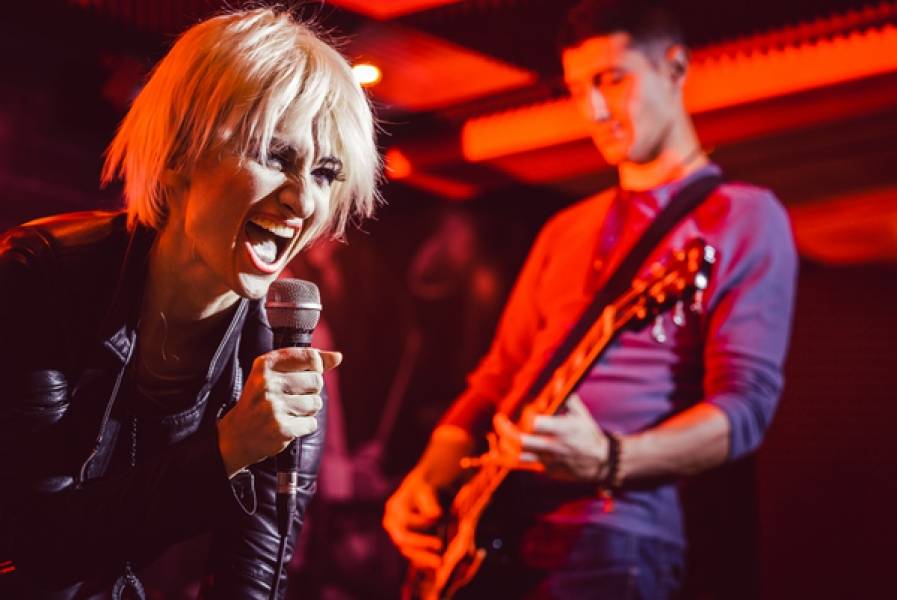 Songs Can Be Pretty Too

The Tunedly Team
May 01, 2019
There is a song suitable for every situation, from lovey-dovey tunes that capture how you feel about someone to motivational jams that get you through tough days. Some songs get you in a party mood, some cause you to think deeply about people and life, while others simply help you to relax. And then there are those songs that can only be described as pretty or beautiful.
Whether it’s the depth of the lyrics, mellowness of the melody, story behind the song, or the intricacy of the song’s arrangement, beautiful songs are those that, as they say, “give you the feels” when you listen to or sing them. They are often among songs you like to perform at karaoke gigs. And no matter how often you hear them, you simply can’t get bored. In fact, you might hear something new each time, regardless of how well you think you know them. In addition, these are the types of songs you make an effort to sing out loud every time, even if your voice is, well, not usually praised for singing.
Furthermore, such songs are more than tracks you put on a playlist; they live inside you (although you're free to add the songs below to your own playlist, if you choose).
In no particular order, here are 28 beautiful songs to sing.
Please note that we’re not saying that these are the all-time most beautiful songs to sing, just the ones that are top of mind at the moment for the team. There are, undoubtedly, many others that could be added. Feel free to reach out and let us know if there is a pretty song you feel should be included.


Starting with a recent hit that’s still fresh on the mind of many because, at the end of the day, we’re all only human and prone to making mistakes. That’s the sobering message of this song which, along with its laidback, handclaping vibe, makes it a song you just want to keep on singing.


Without a doubt, this is among the most uplifting songs due to its inspirational message. Covered by several artists, including this most popular version by Groban, it's a favorite to listen to and sing for many, especially during challenging times.


It’s appropriate that this X-Tina smash should make the list, not just because it has the word “beautiful” in the title but also because it is a vocal masterpiece about self-love. In a world where people can often be so insecure and self-conscious, this is a great reminder that everyone is beautiful in their own way.


John Legend has a number of songs that could probably be described as beautiful, including his classic “Ordinary People.” But this masterful love song gets our nod. An ode to Legend’s wife, the song perfectly describes what it means to love your special person unconditionally.


Nowadays, a lot of people associate this song with the SPCA and its campaign against animal cruelty. However, “Angel” has been pulling on heartstrings since its release in 1997. The song, which only features a piano and vocals, is famous for its therapeutic effect on those suffering loss, and has appeared in numerous TV and film productions.


Inspired by the tragedy of losing his young son, this Clapton number from the 1980s is another masterpiece that people love to sing, probably because of how well it captures the emotional state of those who have lost loved ones.


7. The Sound Of Silence – Simon & Garfunkel


Like so many of the artists on this list, Simon and Garfunkel have several songs that could have easily been added to the list. This song, said to have been written over a six-month period, is not only pretty in terms of vocal delivery, but has a very deep message about the lack of effective communication between people.


It's hard not to get emotional when listening to or singing along to this mammoth of a love song. Further proof that some of the most beautiful songs are those that express yearning or heartbreak.


One of the most covered songs in modern times, this song was actually popularized by Jeff Buckley, who recorded it in 1994. Today, it’s a favorite for many to sing due to its deep, poetic lyrics.


Written by the just as legendary Otis Redding, this classic song became an instant anthem for many (especially women) when it was released in 1967. It has stood the test of time to become a message of empowerment for women everywhere.


The only hip-hop entry on this list, Eminem’s massive hit is a beautiful song anyone can enjoy due to its powerfully motivating message about overcoming all odds, as well as its passionate delivery.


Talk about a feel good song…"Stayin’ Alive” was originally popularized due to its association with Saturday Night Fever. Over time, its hypnotic vocal delivery and arrangement (synced with a bpm of 100) has made it a go-to song for just, well, feeling alive.


This song remains one of the most perfect reminders of how people could live in harmony if they could just look past their differences. It’s a song that really makes you imagine how beautiful the world could be.


With a classic boy-meets-beautiful-girl storyline, this is just one of those feel-good songs that can quickly improve your mood, whether you’re listening or singing along to it.


Missing someone you love? This classic oldie but goodie perfectly encapsulates the feelings of yearning. Originally recorded in 1955 for the movie Unchained, this Righteous Brothers cover is the most well-known version due to its soulful delivery.


If ever there was a perfect song about love, this 1960 hit would probably be it. The legendary Ben E. King wrote it to his wife (the length of their marriage is testament to the song’s power) and it has since become a staple at wedding ceremonies and a popular song to sing for people in love.


17. I Will Always Love You – Whitney Houston


By now, you’d have probably realized that love songs dominate this list and this is another one that many people like to sing (although not many people can replicate Whitney’s masterful vocal delivery). Originally written by Dolly Parton, Whitney’s chart topping version beautifully delivers the message of continuing to love someone even if you can’t be together; something almost everyone can relate to.


Toni Braxton was regularly mentioned alongside such vocal powerhouses as Mariah Carey and Celine Dion during her heyday. Her delivery of this 90s hit about intense heartbreak is just one example why.


Many people are of the opinion that the 90s was one of the best decades for music. Songs such as this hit by No Doubt are among the reasons why. “Don’t Speak” was inspired by lead singer Gwen Stefani’s breakup with another musician, Tony Kanal, and encapsulates the delicate feelings associated with parting ways with someone they really wanted to stick around.


A song borne out of a tragic event, this song is one of several on this list that might move you to tears. But you can’t help singing it due to its powerful delivery and thought-provoking message.


Capturing the days of goth, this subtle pop song, although somewhat sad, contains pretty lyrics. Amy Lee’s awesome vocals helped made it an on-repeat song for many teenagers in the early 2000s.


Surely, Jackson’s immense catalog of hits includes many that could be considered beautiful. This mammoth track, however, makes the list due to its appeal and continued relevance, not to mention the impressive vocal arrangement that went into it.


If for nothing else, the vocal performance in this song makes it a joy to listen to for many. While Carey’s impressive whistle register is difficult for most people to even attempt, the feel-good factor also makes it one of her most popular songs.


A few seconds of this track is all the evidence needed to show why it’s such a beautiful song to sing. With piano accompaniment by Stevie Wonder, Riperton’s killer vocals make it a most masterful and memorable love song.


Possibly one of Beyonce’s most thoughtful songs, it’s also one of her most passionate. It has served as inspiration for many people around the world, who desire to be heard and noticed.


26. Can You Feel The Love Tonight – Elton John


Taken from the Lion King soundtrack, Elton John’s performance is, as usual, bulletproof, tugging at the heart strings and invoking warm thoughts all at once.


An American group with the name of a famous German city delivering a song composed by an Italian...the end result is a magical masterpiece; a classic love song that seems to get better with time.


A thought-provoking classic by Enya, this song is basically a reminder that the future is uncertain, so best to live in the moment. On top of that, its tasteful arrangement and vocals make it a soothing song to sing.
Enjoyed that? Here are a few other articles you might enjoy reading as much:
- What Multiple Songwriting Credits Mean
- Essential Music Quotes to Fuel Your Day
- What Exactly is Quantum Music?
- How to Construct a Bridge in Songwriting.