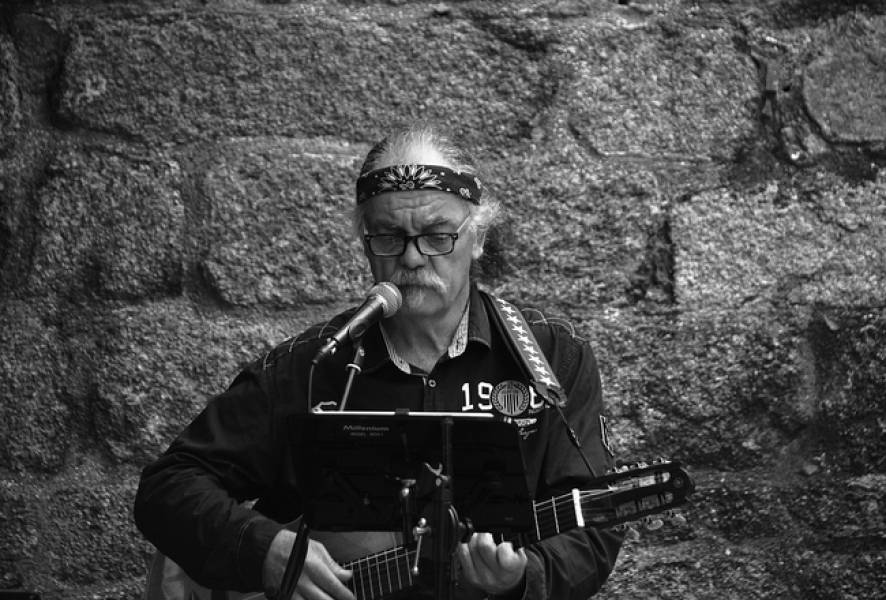 3 Top Reasons You Are Failing

Chris Erhardt
May 06, 2018
Many of you dream of becoming successful songwriters – writing massive hits for major artists, getting song placements in blockbuster movie productions, or scoring the theme songs of national advertising campaigns. You dream of receiving that royalty check in the mail, walking red carpets, and copping the holy grail of a major publishing deal with one of the big three.
Alright, that is a nice dream, but for most of you, it will remain just a dream, and there is only one person to blame. Drum roll please: YOU!
After more than 10 years in the music industry, having seen some songwriters realize success, but having also seen many, many more fail, I noticed a few things many failing songwriters have in common.

Many of you expect the dream I described above. Even if you don't admit it, deep inside, you want to make a lucrative living from your songs. I know some of you really enjoy songwriting and making money from it might not be your primary goal, but it is one of the main drivers for most of you. So, let's look at it this way. The median US salary is just over $50,000 annually. The average adult, working full time, reports having a work week of about 47 hours per week. And lastly, for the average person to get to those figures, they usually spend four years in college full time, spending an average of $40,000 towards attaining a degree, which helps them to accomplish the above.
How long do you work on your music each week? Maybe 5 or 10 hours? Be honest. Count all the hours you spend writing, recording, chasing deals, etc. I'd be surprised if many of you can give an answer of anything above 10 hours. Yet, you're hoping to make a living ($50k+ per year) from your craft?
I know, family, day job (we all have bills), etc. I get it. However, you need to keep in mind that if you don't put in maximum effort, you most likely won't get maximum returns. And I'm a big believer in “where there is a will, there is a way.” Cut out the excuses and make time to improve your craft. Skip the TV and put in two extra hours of working on your music every day. Beer at the bar with friends? That won't get you a publishing deal. But hey, there is the ASCAP Expo or the Durango Songwriting Expo – chances of meeting the right person there is much higher. What I'm saying is, you have choices and more often than not, most of you pick the choice which won't advance your songwriting career.

This is a big one. I know, no one likes rejection, but being a songwriter, you better get used to being rejected. You will have to knock on hundreds of doors, pitch countless songs, attend dozens of conferences, compete in multiple contests and, in most cases, you'll end up empty-handed. It's a fact. Now, here is what I see very often:
Songwriter writes a song, songwriter thinks that song is the best thing since chocolate, songwriter pitches song to this major A-list artist, songwriter receives rejection, songwriter blames the music industry of being corrupt, songwriter quits songwriting because “little newcomers can't break into such a corrupt business.”
Well, guess what, everyone in the industry today, who’s ever achieved anything, was that little newcomer at some stage. Sure, a few were “born” into fame or had help from the start, but for the most part, most weren't. Also, for the most part, people who make it in don't give up after failure or rejections.
Want to read about some real examples? As you know, Tunedly offers a song plugging tool for its Members, which has the potential of leading to a music publishing deal. Songs which are entered into the song plugging tool undergo a market research, conducted by one of the most respected, music market research companies in the world. Most major labels and many indie labels use this same company to test their new releases in order to predict marketability.
By now, I have lost count of the number of songwriters who pitched one song, didn't pass the market research, and then quit. One song! It gets even worse – I've received requests from songwriters who asked about the average acceptance rate of songs submitted for the research. I let them know that it’s between 15% and 20%, depending on genre, and guess what? Most don't even bother to submit a song.
I mean, come on! You really expect to make a living with your music but you're not confident enough to think your song might land among the top 15% of songs being submitted for placements?

This is the last major reason why you're probably a failing songwriter (and you’re the only one to be blamed). Being unprofessional as a songwriter can have many forms. There are the obvious ones, like: your songwriting is simply not professional – syllabus count is off, rhyme pattern is non-existent, songs are too long…I could go on forever.
The good news is, these are things that can be learned easily. The bad news is, most of you simply won't do it. If you choose not to learn the craft you expect to make a living from – inside out – don't expect to go anywhere!
Another obvious area of unprofessionalism is production quality. Rough demos won't get you anywhere. Why would any A&R listening to a rough demo for a potential placement, have to “imagine the potential” of your song, when said A&R is being flooded with 100s of professionally-recorded demos at top quality, where he doesn't have to imagine a thing, because he can hear the clarity? If you don't want to spend $500 on getting a song professionally recorded, then (sorry to say) becoming a professional songwriter might not be the right career path for you.
Then there are some little less obvious signs of unprofessionalism, like spelling boo-boos. I'm not even kidding. When I go through the list of submitted songs on our plugging tool, at least 1 in 3 submissions have some type of spelling or grammatical error. Misspelling of the title, misspelling of the email address, submission in all caps, submission in all lower case, wrong files uploaded, the list goes on…
I've seen it all and those are all subtle signs to the people reviewing your music that you're simply not professional, hence they won't work with you. Now, if you put in a wrong email address (and I kid you not, this is one of the most common errors in submissions) an A&R who wants to get in touch with you, but receives a bounced email notification, surely won't search for you – they will just move on to the next songwriter.
Lastly, your appearance. The music industry is part of the wider entertainment industry. Sure, you're a songwriter, so most likely the focus won't be on your public image. But still, take care of your image to some extent, at least. It's 2018, not 1918. The Internet has been around long enough that pretty much all publishers and supervisors, who might like your song and put you on the “maybe” stack, will want to do a brief search about you online. If they can't find at least a decent looking website and some sort of public social media profile, you'll be tossed.
It only makes sense, one big placement can change your whole life and open the doors to a very exclusive industry not many will ever get into. The people who can make this happen want to know who they will be opening the door to.
Here is some good news. My team and I, here at Tunedly, can help you with most of the above points. The only two things we can't fix are poor songwriting and poor attitude.
Chris Erhardt is the co-founder & CEO of Tunedly – the site you're on right now. ;) Tunedly connects songwriters and music creators to some of the world’s most talented session musicians, to create professional-sounding music, as well as helping you gain exposure through music publishing opportunities. He is a songwriter and producer, as well as a speaker at music events and tech conferences.