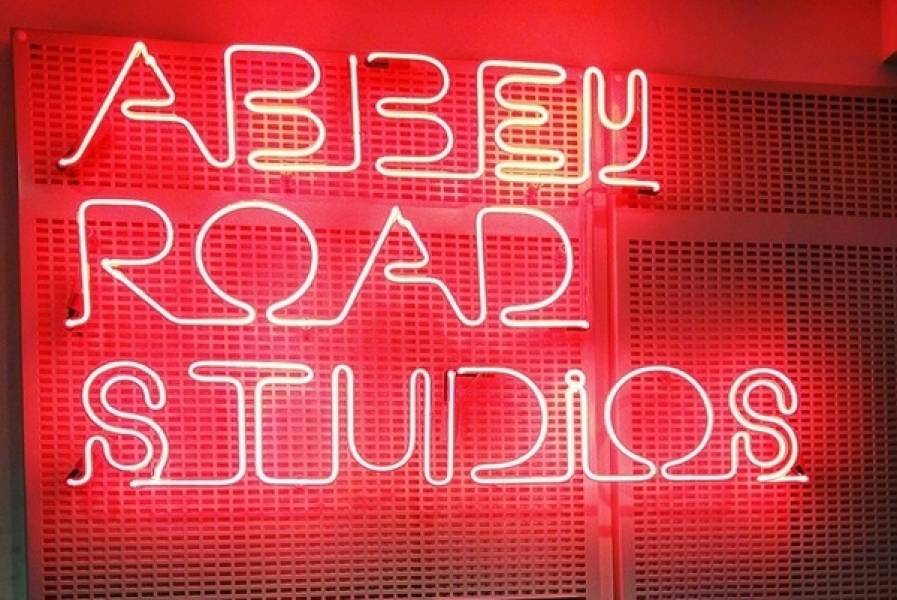 The Tunedly Team
August 26, 2020
No conversation about famous recording studios is complete without mentioning Abbey Road Studios in England. With close to 90 years in existence, the iconic landmark is tied to one of the world's greatest music acts and has made the transition to an international attraction and monument of sorts. Its legacy starts with it being the world's first purpose-built music recording facility. Since opening its doors in 1931, Abbey Road has gone on to be one of the most prolific music recording studios in London, England. And although the story of its rich history has been told numerous times, we thought it would be worth giving our own brief review.

The studio started life as a large house built in 1829. The nine-bedroom dwelling (with a total of 16 rooms) was bought almost 100 years later - in 1928 - by the Gramophone Company. By 1931, the company had rebuilt the residence and transformed it into a state-of-the-art music recording facility with rooms of varying sizes to accommodate different types of productions. For context, its Studio One room can easily hold a choir of 100 people, along with a 110-piece orchestra. But it wasn't known as Abbey Road Studios as yet.
The Gramophone Company had merged with the Columbia Graphophone Company, in the process, taking on the name Electric and Musical Industries (EMI). Thus, the facility was called EMI Studios during the early decades of its existence. EMI quickly became a name associated with musical innovation and greatness. First off, it was frequented by Sir Edward Elgar, a famous composer during those days. In addition, stereo technology was first patented in 1931 by Alan Blumlein, an EMI engineer.
The studio was also linked with the creation of Artificial Double Tracking, which was invented by Ken Townsend, a studio technician, who went on to become the studio's VP. When rock and roll took off in England, Abbey Road, which was still EMI, was the place where many of its early practitioners honed their craft. It is no surprise that it would eventually become the home of The Beatles, possibly the greatest rock band to date.


Abbey Roads Studios and The Beatles

Paul McCartney, Ringo Starr (who replaced Pete Best), John Lennon, and George Harrison teamed up with EMI producer George Martin in the early 1960s to kickstart a defining era in world music. Together, they re-defined pop music and influenced generations of musicians who came after. The exceptional capabilities and capacity of this song recording studio in London made it possible for the group to express their creativity and experiment with different sounds and styles. In just a few years, the Beatles became a worldwide phenomenon and helped EMI become one of the most sought after music studios in England, if not the world.
As it relates to the iconic Abbey Road name, the studio adopted this new badge after The Beatles recorded their iconic album of the same name in 1969. To accompany the record, a picture was taken of them crossing the street in front of the studio. The cover art became a pop culture icon, along with the album, and soon after EMI was changed to Abbey Road Studios.


Abbey Road through the years

Still one of the most famous music recording studios in London, Abbey Road has seen its fair share of changes over time. However, it has remained synonymous with music innovation and creating hits. For example, Pink Floyd's legendary Dark Side Of The Moon album was recorded at Abbey Road. Artists as diverse as Aretha Franklin, Shirley Bassey, Nile Rodgers, and Lady Gaga have all had hit records produced within the walls of Abbey Road Studios.
The facility, which initially made its mark as a place for orchestral compositions, has also been used to score a number of well-known films. The list includes several Star War movies, the Harry Potter series, Black Panther, and The Lord of The Rings Trilogy.
Following several transformations, the last of which was in 2017, Abbey Road Studios, continues to influence the musical space. Its popularity as both a legendary music recording studio in London and a popular tourist attraction will see it continue to hold its position as one of the most treasured musical locations in the world.