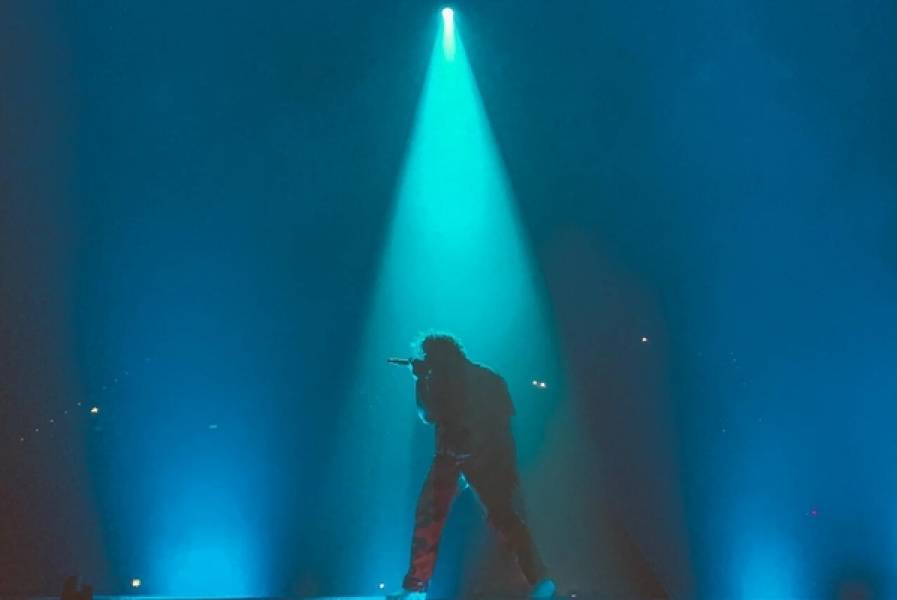 About The Songwriters Hall Of Fame

The Tunedly Team
October 21, 2020
If you’ve heard of greats like Bob Dylan, Paul McCartney, John Lennon, and Chuck Berry, you’re already somewhat familiar with the Songwriters Hall of Fame (SHOF). SHOF is an American institution that recognizes and celebrates the talents of American songwriters within the popular music industry. The organization also paves the way for budding stars, grooming the next generation of master composers through outreach (scholarships and partnerships).
The Songwriters Hall of Fame was established in 1969 as a virtual honor roll by a songwriter himself, Johnny Mercer, and his colleagues Abe Olman and Howie Richmond, who were music publishers/songwriters. On January 1, 1970, the inaugural ceremony was hosted in New York. The event saw 140 singer/songwriters being inducted into SHOF. Among the inductees were:
- Folk singer Woody Guthrie, who wrote the beloved tune "This Land Is Your Land"
- Father of the Blues, W.C Handy
- Gus Edwards aka The Star Maker
- King of Ragtime, Scott Joplin
- Classical and popular music composer, George Gershwin
- Pioneer jazz stride pianist, Fats Waller
- And "Jingle Bells" composer, James Lord Pierpont
Since then, songwriters across the country, who became known for great hits throughout the years, have been inducted into the prestigious collection. Top-notch songwriters are celebrated and enshrined for their pioneering contributions. These musical pioneers are immortalized, while the organization’s outreach to the music community grooms the next generation of troubadours.
Ironically, as technology expanded, the institution moved from existing in just a virtual space to a physical location in 2010. Supporters and music lovers could now see the list of inductees and awardees whose music danced their way into their hearts, inside The Grammy Museum in Los Angeles.
The Songwriters Hall of Fame has inducted hundreds of writers and issued some 200+ awards. Inducted songwriters are those who have had at least 20 years of releasing hit songs, whether as an individual or group. Over the years, SHOF has honored numerous greats with diverse talents and backgrounds, including the likes of Cat Stevens, Jay-Z, Duke Ellington, Cindy Lauper, Sting, Dolly Parton, Phil Collins, John Williams, Otis Redding, Al Green, Michael Jackson, Fats Domino, Elton John, Andrew Lloyd Webber, Lionel Richie, Billy Joel, Mick Jagger, Stevie Wonder, Scott Joplin, Billy Rose, Missy Elliott, Sam Cooke, and Paul McCartney.
For the latest installment, the 2020 inductees were officially announced in June. The list includes another iconic batch of writers who have definitely carried on the proverbial baton. These master songwriters include:
- Mariah Carey, whose hits include “We Belong Together”, “Hero” and holiday staple “All I Want for Christmas Is You”
- Pharrell Williams and Chad Hugo (aka The Neptunes), who are responsible for penning hits for Britney Spears, Usher, Justin Timberlake, and Beyoncé
- The Isley Brothers, known widely for their smash hits "Shout," "It's Your Thing" and "That Lady"
- Rocker Steve Miller will be inducted as well for his indelible run of huge hits in the 1970s and 80s, including "The Joker," "Jet Airliner," "Take the Money and Run," "Abracadabra," "Space Cowboy" and "Fly Like an Eagle," among others.
Honorees are awarded through a voting process, of which eligible voters select three nominees from a songwriter category and three from a performing songwriter category. The highly anticipated annual event which was scheduled for June 11 in New York, has been officially postponed to June 2021 due to the COVID-19 pandemic.