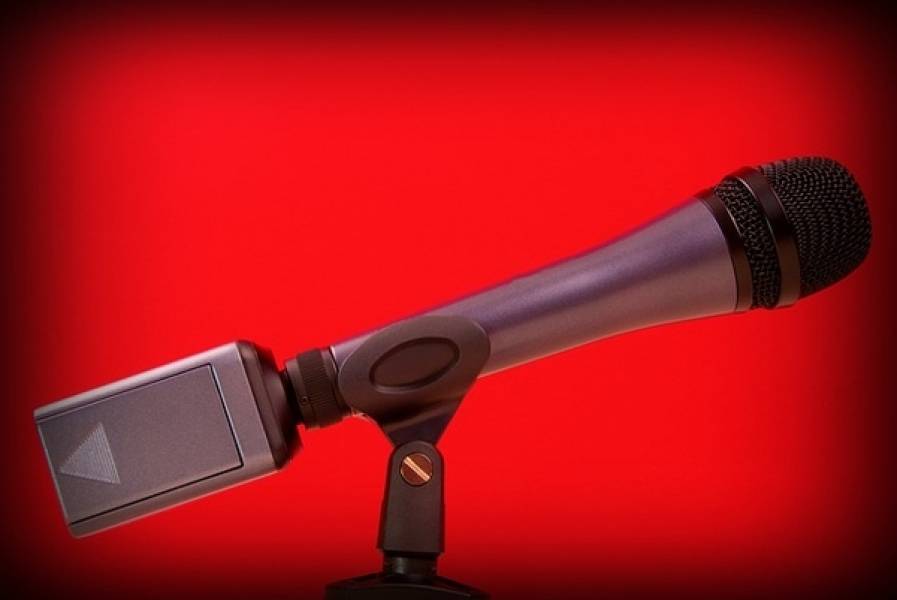 Inspiration can be found everywhere if you know where to look. As songwriters, hearing from successful people and listening to motivating talks could turn out to be just the things that help you to push through rough patches and make your mark.

TED (Technology, Entertainment, Design) Talks is one of those resourceful platforms that carry a wealth of inspiring content for creative-minded people. Here are 15 TED Talks to add to your inspirational power pack.

Darden Smith is an acclaimed singer/songwriter. In this musically-entertaining TED Talk, he reflects on his life journey while explaining why you should make the most of your gifts.

2. How Writing Songs in 60 Minutes Changed my Life: Judith Avers

Judith Avers is an award-winning songwriter who has traveled extensively sharing songs, stories, and teaching songwriting to others. Find out how writing songs in 60 minutes changed things for her and what that could mean for you.


Andrew Tufano has written 100 songs in 100 hundred days! Sounds amazing? Tune in to his TED Talk to find out how you can accomplish this and how it can help you further maximize your songwriting career.

Everyone knows Sting as a musical legend. In this TED Talk, he gives a taste of his musical mastery while opening up about his past life and what’s to come; a confession that could possibly help other songwriters cope with writer’s block and other challenges.

5. Success, failure and the drive to keep creating | Elizabeth Gilbert

In this particular talk, she points out that success can be as disorienting as failure and tells how to bounce back, regardless of the outcome.

6. Songwriting: the confluence of words and music | Russ Chapman


Award-winning songwriter and performer, Russ Chapman, gives a light-hearted but valuable TED Talk on fusing words with music. It’s a guaranteed feel-good conversation/performance that will leave you with a smile and a mind filled with ideas.


CNN International Anchor, Zain Asher, gives a heck of a motivational speech covering her journey from a tragic past to being in her dream job. It’s a TED Talk that has gems for people in many different disciplines, including struggling songwriters.

8. How To Multiply Your Time | Rory Vaden

If you’ve ever had an issue with managing your time to produce more music, you should listen to this talk by Self-Discipline Strategist and author, Rory Vaden. As he points out, there is no such thing as time management. Confused? Have a listen to understand what he’s getting at.

9. Will The Internet Kill The Songwriter? | Aloe Blacc


Grammy-nominated singer and songwriter, Aloe Blacc, raises some important points about the state of songwriting and copyright law. Obviously, it’s a Ted Talk every song creator should tune in to.

This TED Talk starts out with a great performance from touring singer/songwriter, Peter Mulvey. However, his discussion will cause you to view time and space in an entirely new light that could possibly expand your imagination.


“Steal Like an Artist” is an interesting concept by Austin Kleon that has been featured on NPR’s Morning Edition and in the Wall Street Journal. You can get the crux of what this could mean for your own artistry by tuning into this TED Talk.

12. The Discipline of Finishing: Conor Neill

Conor Neill from IESE Business School is no songwriter or musician. But this sage TED Talks in which he highlights Warren Buffet’s success story, provides some important life lessons you can apply to your professional career for enhanced results.


Mark Ronson is well-known as the creative genius behind “Uptown Funk” featuring Bruno Mars, and other hits. In this TED Talk, he artfully explains how sampling has transformed music and gives fun examples that could help you look at making music in a whole new light. Enjoy.

14. Inside the score -- creating meaning in music | Scott O'Neil

15. Music as a Language: Victor Wooten

This cool talk by five-time Grammy Award winner, Victor Wooten, makes the case for learning music in a similar manner to how you learn your first language, as in when you’re a baby and started forming words.