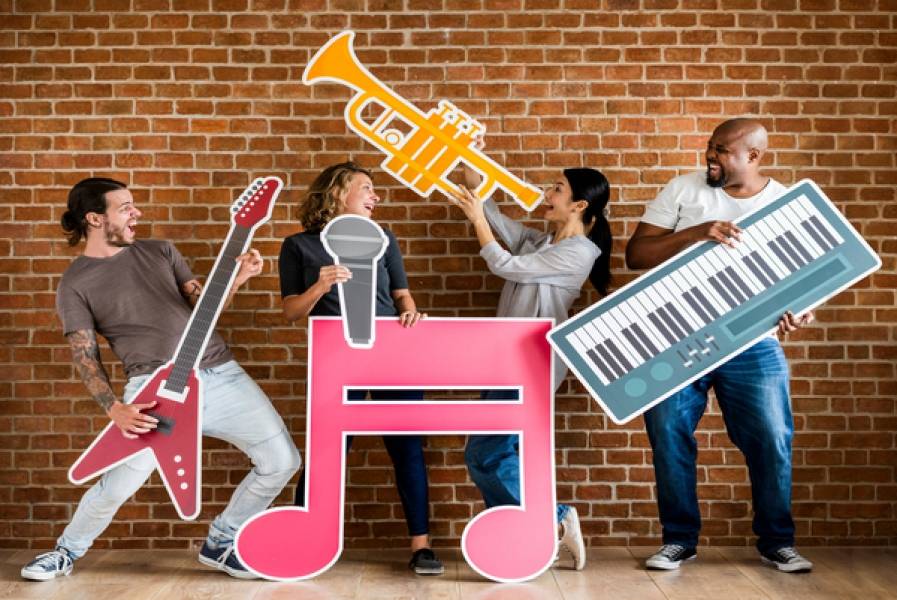 The Tunedly Team
April 17, 2019
It’s not always a necessity to create a bridge for your song, it’s one of those optional things like salt or sugar in a recipe. However, similarly to how those ingredients can sometimes provide the missing flavor that makes a dish complete, adding a bridge might make a song finally sound whole or just sound better.
That being said, they aren’t necessarily easy to write. If you've ever struggled with constructing a bridge for a song or want to know the basics of how to do it, stick around. Here are a few tips on how to construct an effective bridge when writing a song.


Reasons to use a bridge

To provide contrast to the rest of the song:   This is the main purpose of any bridge. The human mind is naturally wired to abhor sameness for any prolonged period of time. It's why we generally have short attention spans. A bridge helps to provide variations in sound so the entire song doesn't sound like the same loop. This is why writing a bridge might require you to think in a different way (tone, melody, structure) from how you wrote the verses and chorus. In any example where the bridge is done right, it’s often among the high points that listeners look forward to every time they play the song.
To sum up the main theme of your song:   In addition to creating contrast, a bridge can bring clarity to the point you're trying to bring across. If you aren’t sure what to say in your bridge, using it to clarify might prove to be helpful. In "So What" by P!nk, the bridge allows her to explain the reason for her dramatic actions described in the lyrics of the song's preceding verses.

To expand on other lyrics: Another use for a bridge if you're thinking about a reason for one, is that it can expand on lyrics that might not be clear to the listener in meaning (if you're using parables or slangs, for instance). Of course, you may want to leave some expressions vague and have listeners wonder what exactly is it that you mean to say. But sometimes a bridge can be used to add lyrics that tell the rest of a story or explain what happens next, which can make the song more enjoyable to the listener because it provides closure. In Rihanna's "Man Down," the bridge further explains that she has now become a criminal (having killed someone) and is asking for a lessened sentence from the judge who (assumedly) tries her in a criminal court.


Things to keep in mind when writing the bridge

Know where the bridge goes:   The most common placement for a bridge in modern songwriting structures is after the second chorus in the ABABCB structure, where A represents verses, B for choruses, and C for the bridge. In many cases, it’s the most logical placement because the song might feel incomplete if it were to end abruptly after the second chorus or the song might get monotonous if it just continues into another iteration of the chorus or another verse. But that doesn’t mean the bridge always goes there. On rare occasions, the bridge might be placed somewhere else, such as the end of the song, as is the case with Roy Orbison's "Running Scared." It's also possible for the bridge to arrive after the first iteration of the verse and chorus; one example being The Beatles' "No Reply."
It's also not unheard of for a song to have a bridge that acts as the third verse or for a song to have two bridges, as exists in "Bad Romance" by Lady Gaga.

Bottom line, you should examine the song you’ve written, first to decide if it really needs a bridge, and then to decide the best place to put it, instead of just following tradition.
Create a smooth chord progression:   This is one of the main things to remember when composing a bridge. Your chord progression has to be done in such a way that the listener notices it but doesn’t feel disoriented.
Use a different key:   Changing up the key for your bridge is, well, a key part of constructing a bridge that is memorable. The key change usually contrasts with the chorus or a refrain in the verse/pre-chorus, and can be major or minor depending on the rest of the song. It should also be noted that the bridge doesn't necessarily have to be a melodic change in key, it can also be a spoken part or instrumentals. Mark Morrison's "Return Of The Mack" actually uses both of these for its bridge.

Mix up the melodies:   This is another common practice in creating bridges that provide noticeable but enjoyable contrast. In the song "Killing Me Softly" by Lauryn Hill, the singer introduces a new melody, delivered in the upper register, which gives the song a deeper emotional impact. The melody can also be low key, of course, but whatever you do, it should flow seamlessly as you move into the next chorus or verse, depending on how your song is laid out.
Stuck? Find songs similar to the one you’re writing and use their bridges as guides.
There’s nothing wrong with getting inspiration from other people’s work, so don’t be afraid to look at other songs for ideas on how to construct your bridge. Be sure to look up songs that are similar in sound, structure, and genre to see how their bridges are laid out and how they sound.
Writing a bridge for your song could provide the finishing touch that lifts your song from ordinary to phenomenal. Like anything else, it will get better with practice, so you might not get it perfect right away but you should keep working at it. Now that you’re here, it’s time to unleash your creativity and get in tune at tunedly.com, where the music truly never stops.