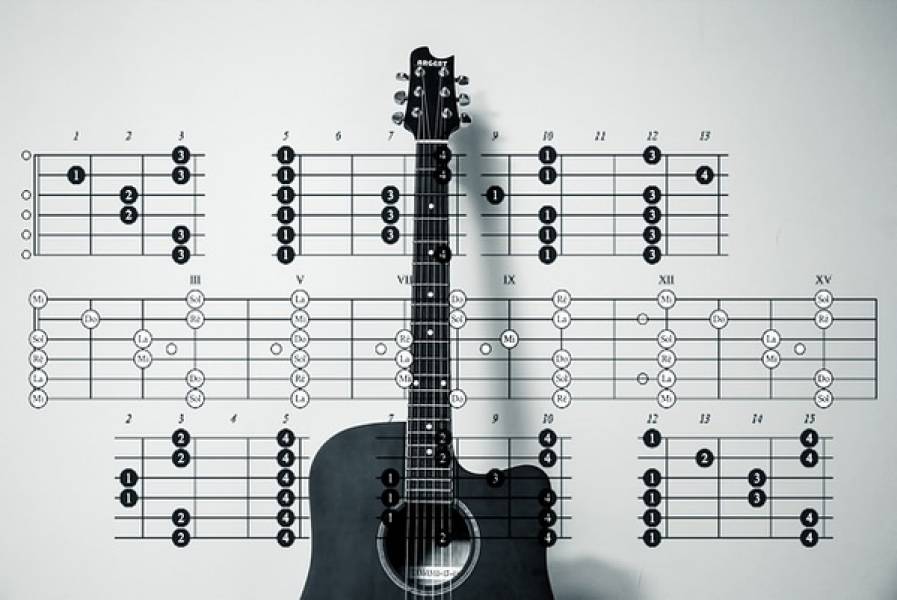 Guest Post by Chris Primeau - Primeau Guitar Studio
September 11, 2019
Many songwriters reach a point where they feel they have exhausted all the common diatonic chord progressions. Every I-IV-V and I-IVmin-IV-V has been churned through until they seem mechanical and cliche. Feeling constricted, some songwriters delve into esoteric chromatic or non-diatonic harmonies in an attempt to resuscitate their lifeless rhythm parts.
But these explorations can lead to music lacking the meaningful emotion they originally intended. Meanwhile, some of the most popular and beautiful songs derive from simple one and two chord progressions. How do professional songwriters continue to compose chart-topping hits from a handful of chords? By finding new ways to adapt the old standbys. Try some of these techniques to make your tired chord progressions sound fresh again:
1. Change the chord order - Some of the most interesting and unique sounds come from 1 taking the chords in a common progression and switching them around. A tepid I-VImin- IImin-V has a totally different emotional quality when re-ordered to a IImin-VImin-I-V. Pick a common progression you thought you had exhausted and begin switching around the chords. Throw out the rules you have learned about cadences and theory. If a song sounds right starting on the II chord, start on the II chord. This new angle can even open up new lyrical avenues to match the unconventional tonal setting.
2. Remove a chord - Less is frequently more when it comes to songwriting. Just as lyrics 2 should be succinct and pruned of unnecessary language, songs don’t need any chords beyond what is essential to support the lyric. Eliminating a chord from a progression can change a lot of its overall feel. Striking a V from a I-VImin-IV-V so that it becomes a I-IVmin-IV-I creates an excellent storytelling bed for a verse lyric without the tension of the V chord.
3. Change a chord quality - Taking a chord that should be minor in a given key and making it 3 major creates interesting results, and vice-versa. Making the VI chord major or the IV chord minor plays with the expectations of the audience and opens opportunities for lyrical contrast. Don’t fret over the theory too hard, just try to make interesting music. One intriguing technique is to change all the chords in a major key to major, which imbues the stability of the major tonality with subtle chromaticism. Elliott Smith was a master of this technique.
4. Change the groove - As important as the chords we choose is how we perform them. Instead of trying out new chord progressions, let’s see if we can change how we perform the old ones. Would a progression you normally play in 4/4 sound better in 3/4 or 6/8? What if we tried a syncopated or muted strum pattern? What if, instead of comping the chords, you arpeggiated them? Some of the biggest pop hits have been just a single chord articulated different ways in different song sections.
5. Use extensions - An everyday triad can be colored by the addition of sevenths and tensions. The addition of a 6th or 7th can inject new life into placid triadic harmony. Further adding a ninth, 11th or 13th to a chord gives it a cool flavor. Likewise, changing a triad to sus2 or sus4 introduces instability to diatonic chords. You can begin to experiment with extensions by simply taking a chord and auditioning adding other notes from the key or using them to replace any note other than the root.
6. Use inversions - The pitch in the bass of a voicing has the most influence on its overall sound. By placing a chord tone other than the root in the bass, we can disguise it to the listener. First inversion chords (ones with thirds in the bass) sound more unstable than those in root position, therefore pushing into the next chord. Second inversion triads are even more unstable while providing a thick, throaty loud end to an arrangement.
7. Use a stepwise bass line - Inversions also present an opportunity for smooth bass transitions. By placing the note in the bass of a chord a diatonic step above or below the root of the preceding chord, we can “walk” the bass note from one chord to the next. The C-G/B- Am progression walks the C down to the A and has been used for countless hits in many styles including "Landslide" by Fleetwood Mac. This technique can be chained together to create some longer bass lines. A C-G-Am-F, for instance, can become C-G/B-Am-Am/G-F, adding a lively walk to an otherwise well-trodden progression.
8. Use a pedal point - A pedal is a note held constant throughout a chord progression. It can 4 be held in the bass, inner voices or top note of the chord. One way to accomplish this is by holding the bass note of the first chord through the entire progression (i.e., G-F/G-C/G). On guitar, another easy way to use a pedal is to move barre chord shapes around the bottom four strings of the guitar while allowing the top one or two strings to ring open throughout. Each new chord will give a new color to the pedaled pitches.
The key point to keep in my mind when working on our rhythm parts is that they are meant to serve the lyric. If a chord progression becomes so convoluted that it distracts from the artistic intention, the song becomes weaker as a whole. Be certain that no matter what technique you utilize, it either fits the message of your lyric or is adaptable to one you intend to write. It’s better to have a cliched arrangement than a song that doesn’t land. The point is the overall artistic vision - the only thing that matters to the audience.
Chris Primeau is a Berklee graduate and guitar teacher based in Austin, TX. You can read more of his work on his Austin Guitar Lessons page.
__________________________________
Disclaimer: Please note that the views expressed here do not necessarily reflect those of Tunedly.
Image by Barbara A Lane from Pixabay