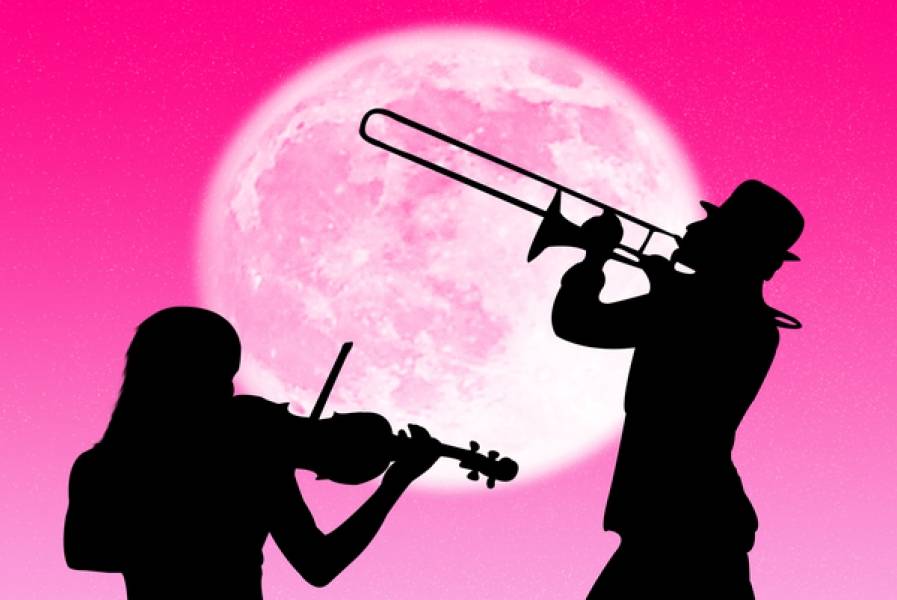 The Tunedly Team
June 08, 2019
Having read the headline, you’re probably wondering why we’re talking about Christmas. Like, come on, it’s just June for crying out loud.
You’re probably aware that many people find themselves humming Christmas tunes very early in the year, so it’s not that surprising to talk about Christmas in June after all. Is that what’s happening here, though? Not really.
We just wanted to let you in on a little secret about making Christmas songs. This is the kind of knowledge you’ll appreciate if you are the type of songwriter who likes creating music for the holidays or have plans to in the future. See, most people tend to start their Christmas music binge between late November (turkey season) and early December when the lights start going up. But you probably already knew that, so what’s the secret being hinted at? Only that the best time to make Christmas songs is, wait for it…long before Christmas.
That’s right. You want to have your Christmas songs written and recorded by Spring or, the latest, Summer, if you have ambitions to release Christmas music and make an impact by the time the holiday season rolls around. We arrived at this topic after noticing that a few songwriters on the Tunedly platform were recording Christmas songs as early as January. It occurred to us that other songwriters may not be planning ahead in a similar manner.
Read on to find out why it makes sense to prepare your Christmas songs early in the year.


How the industry treats Christmas songs

A lot of artists release Christmas songs yearly and some do really well despite the general public’s obsession with the classic holiday songs. A recent example is Sia’s Everyday Is Christmas, an album released in late 2017 and which made a decent splash as a Santa-friendly playlist. New Christmas songs, however, have only a small window of opportunity. Not just because most of the new ones are usually forgotten by January 1 (try remembering a new Christmas tune from last December…see what we mean?) but also because competition is extremely high.
New holiday songs have to compete with old classics, including “Jingle Bells” and “White Christmas,” as well as modern classics such as Mariah Carey’s “All I Want For Christmas.” Just think about the fact that the latter has been the top selling Christmas tune for the last few years and you’ll see what we mean. On top of that, your Christmas songs will be competing against a slew of new entries trying to reap some of the benefits of Yuletide spending.
For that reason, Christmas songs with any hope of making an impact have to be of topnotch production quality.

To begin with, you have to write solid songs that capture the essence of the season, with all its sentimentality, goodwill, and cheer. Next, you have to get it produced with a reputable music recording studio that has professional musicians who can deliver a competitive finished product. If your plan is to write several songs and not just a single, this process will take quite a while. In between, it’s possible (and most times necessary) that you might want to rewrite several times. It’s also advisable to get feedback and maybe even market-test your song or songs before getting a final demo.
After you’ve created a demo of one or several songs, the task of getting your Christmas song in circulation for the season is still just beginning.
So, what’s next? The next step is to get your songs published in time for Christmas, which can take much time and effort. Research becomes necessary at this point to find artists who might be looking for Christmas songs to record, as well as film, TV, or advertising productions that are in need of music for the season. And even after finding such opportunities, a lot of hard work will be required to actually land a publishing deal. Record labels for artists who might be interested will be receiving tons of submissions from other songwriters, likewise music supervisors who are in charge of selecting music for film and TV projects.
Your submission might not get listened to right away or could get ignored for one reason or another, so it’s a good idea to send out several demos to increase your chances of getting heard. Now, record label executives and other professionals in charge of selecting Christmas songs usually want to wrap up their choices by September – October. This way, they’ll be able to close deals and put the songs to use before the Christmas season is in full swing. It should now be clear why it makes sense to create Christmas songs in the first half of the year, instead of the last half.
Tip: If you don’t know where to start at this phase, you can always try out the new Tunedly publishing platform, which can do the research and seek out publishing opportunities for you, once your song is up to par.

Writing a good Christmas song depends on how well you interpret the season. For starters, the theme has to connect with how the general public views the holiday or make them think differently. A good Christmas song can turn into an annual cash cow, giving you consistent royalties year in, year out. That’s why so many popular artists make at least one Christmas album. These tips might help put you on the right path:
- Listen to popular Christmas songs to get a feel of what works
- Look for ways to create a unique spin on the Christmas season
- With that said, you don’t have to try re-inventing the wheel. You can create a new take on a classic Christmas song, for example
- Cheery songs historically do best at Christmas but you can also consider writing songs that capture loneliness, heartbreak, or loss
- Be convincing; really sound like you believe what you’re talking about
- Avoid religious angles
- Use the language of Christmas – talk about snow, Santa, reindeers, presents, etc.
- Include the sound of jingling bells, horns, and other effects that portray the feel of Christmas
- Get feedback
Now that you know when is the best time for making Christmas music, you might want to get to work if you still have plans for the upcoming season. Yes, it’s only June, but we want you to have a Merry Christmas when it comes.


GOT A DECENT NUMBER OF TRACKS UNDER YOUR BELT? FIND OUT HOW TUNEDLY CAN HELP IF YOU WANT TO DEMO YOUR SONGS.