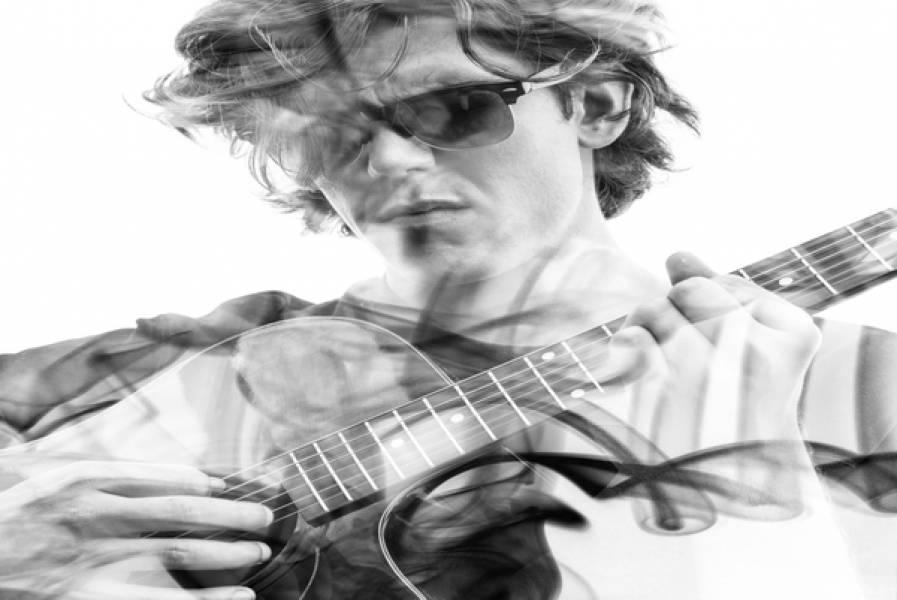 The Tunedly Team
April 17, 2019
Songwriting is often an extremely personal activity for those who practice it. But getting better at it often requires songwriters to seek inspiration outside of their own comfort zone. One way to do this is to look at the works of music creators who have managed to make an impression and whose work could provide next-level songwriting tactics you can apply to your personal craft.
David Bowie is among those famous names that are looked up to and studied by upcoming songwriters in this regard. Born David Robert Jones in London, England, Bowie proved himself to be one of the most inventive and talented songwriters during his lifetime. In fact, he is considered one of the most influential artists of the 20th century and is celebrated by people across the globe, including famous figures such as Elon Musk and Bill Gates who lists Bowie's "Under Pressure" among his favorites. What made him so dominant and why is he worthy of being emulated? More importantly, what can you learn from him that you could apply to your own skills?

From all indications, David Bowie had an imagination that was unlimited in scope. One only has to look at the numerous personas he created during his career, which highlighted different periods (and writing styles). Among the most well-known include Ziggy Stardust, which he was said to have become obsessed with. That character culminated into the release of the album The Rise and Fall of Ziggy Stardust and the Spider From Mars. That was followed by Aladdin Sane, a character that embodied American way of life during the time the album of the same name was made. There was also Thin White Duke, which was mentioned on the 1976 album Station to Station, as well as Pierrot and Major Tom.
Transforming into the role of each persona not only kept Bowie interesting as a performer, but each character pushed him to also change up his songwriting styles. As a result, Bowie became known as an influential songwriter for his ability to keep changing his sound to suit each era.

Another ode to his various personas, Bowie's songwriting also benefited from his ability to keep up with - and in some cases, be ahead of - the changing times. Having blasted onto the scene in the late 1960s when rock music was taking off, Bowie helped to pioneer the glam rock period with his style of music. Lyrics for songs such as "Starman" helped to usher in the new era of what a rock star was supposed to look and sound like, as well as what the music of the day was all about - to provide an escape. One song - "Drive-In Saturday" - even took on a futuristic tone, describing how people would get intimate in a future dystopia. As the times progressed, Bowie's ability to connect with audiences, young and old, while giving his take on trends, shone through his songwriting, right up to his last album.

David Bowie was also an inventive songwriter. One of his most talked about songwriting tactics in this regard is the fact that many of his songs benefitted from the "cut-up technique." This involved writing a song/poem, then dissecting the piece, either line by line or word-by-word and then fitting the pieces back together to create something totally different from the original. That method was used for a number of Bowie's hits, including songs from his days as Ziggy Stardust to more modern material from The Next Day. Although he didn't invent the method, he used it to great effect at a time when most other songwriters were constructing songs the traditional way. Bowie was also willing to try his hand at other things apart from music. He acted in movies and even became an entrepreneur. In a time when the music business is more competitive than ever, this is a trait all songwriters might want to apply to their careers.


4. Find inspiration in things and places

To consistently be creating music, songwriters need to constantly be finding inspiration to fuel their creativity. That can be difficult and has resulted in writer's block for many artists, including those who are seasoned in their craft. In addition to responding to the times he was living in, Bowie also found inspiration in things significant to his curiosity, as well as places. For his Aladdin Sane album, for assistance, Bowie's inspiration for songs came from places he toured in the USA during the 70s. Songs such as "Cracked Actor," which focused on the Hollywood lifestyle and "Watch That Man," set in New York, exemplified his awareness of his surroundings and how they fueled his songwriting.

For upcoming songwriters who hope to achieve some level of success in the music industry, creating lots of content is important. To say Bowie's body of work is vast would be an understatement. The "Fame" writer consistently churned out songs and albums to meet the demand for his music. Of course, he took breaks from time to time but his work ethic and zeal to create ensured he had a lot of content to increase his chances of benefiting from his music.
Whether you are a fan of his music or not, there is much you can learn by looking at the span of Bowie's work as a songwriter. Hopefully, you can find value in the above tips from the legend. We don’t just want to create content, we want to also ensure you find our posts truly helpful, whatever your reason for being interested and, especially with this kind of topic, spark a discussion. We are not simply looking for clicks and page views, but rather to establish a trusted and genuine music biz blog you can rely on.