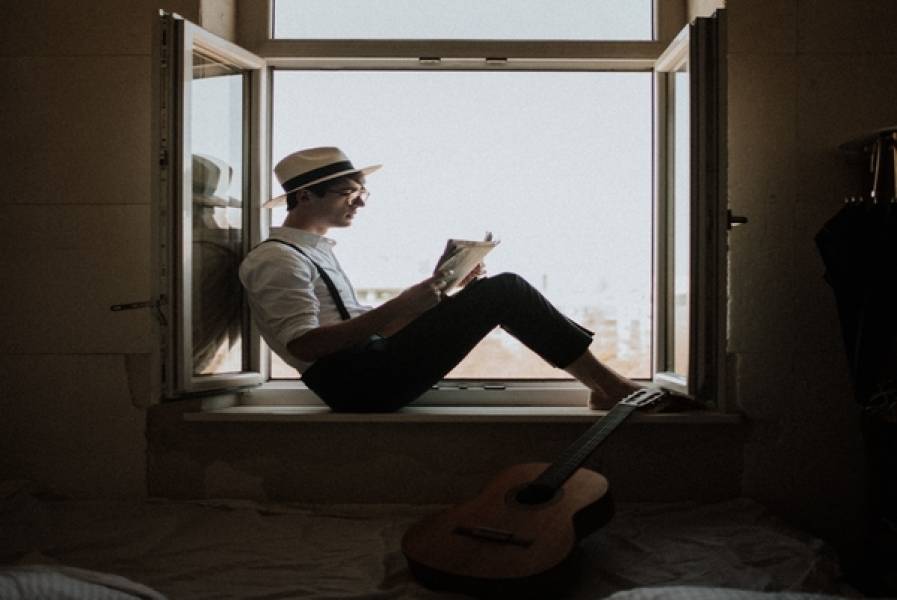 The Tunedly Team
September 19, 2018
Doing music is a stressful venture. Think about it – only a tiny fraction of professional songwriters and musicians get rewards worth writing home about; the vast majority are left mired in obscurity and never earn enough to fully support their lifestyles of choice.
Yet, every day more and more people decide to become singer/songwriters, composers, etc. with the hopes of someday finding success from their efforts. Following your dreams is one thing, but it’s no secret that doing music comes with a high level of rejection. The probability of hearing “no” or being completely ignored is extremely high, and it can come from every possible entry point in the business, from radio DJs to music listeners.
The result is that many quit after falling prey to the starving artist syndrome, some lose their passion and only do it half-heartedly, and others might even lose their sanity and self-identity from the shock of their talent not bringing them the success they anticipated. The sheer disappointment can be overwhelming, especially when it appears others with probably less talent are able to land lucrative deals and even have songs on the charts.
While it might seem unfair, there is evidence to show that those who often ‘make it’ have faced the same levels of challenges and rejection throughout their careers. The difference is often that they managed to keep a positive mindset and kept on believing in the process. But how can you keep such a mindset in the face of a music business that often seems punishing, unforgiving and ruthlessly competitive? Here are 10 tips to put into practice.

If you truly love music and believe in your heart that you were made to do it, then you should persevere despite setbacks and challenges. Sometimes a breakthrough lies on the opposite side of a struggle you’re facing and you’d miss out if you were to give up. Like Thomas Edison, try facing each failure or rejection with the mindset that it’s only one way that won’t work and that your next move might see you getting a better result.

People sometimes lose focus on what they are after because they simply don’t have a plan. If you have a goal in music (such as landing a major deal, playing at a large venue, etc.), you need to devise a plan to get you there. Your plan needs to have specific and realistic objectives, and have set times that each will be accomplished. Having a plan helps you channel your focus and assists with keeping a positive mindset by reminding you of the bigger picture (main goal) you’re after.

This is linked to #2 above. Your goals and dreams are not only what will help you lay the foundation for your plan and achieving them, but they also make up the big picture. It’s a good idea to write down the main components of this big picture and place it somewhere that allows you to constantly be reminded of what you’re trying to achieve at the end of the day.

While the music business can be tough to break into, there is no shortage of information on best practices on how you can actually do it. From books and courses created by music educators to presentations and speeches from industry professionals, there is a lot you can learn if you pay attention. Take time out to go to meetups, conferences, and networking events. Attend webinars, join groups – you can even learn from your peers. Also, pay attention to the music that is currently getting played by the masses and see what elements you might need to add to your own songs in order to make them more appealing.

It’s easy to look around at the artists who are winning the awards, scoring the big deals, and climbing the charts, and wonder how come you aren’t reaping the same opportunities despite being just as talented (and maybe more, in your opinion). But comparing your achievements with others, who are seemingly more successful, is a surefire way to shoot yourself in the foot. This is one way you can self-sabotage your own music career and lose sight of your goals, so never compare your path with another musician's. Besides, you don’t know what they have been through in order to get where they’re currently at.

It was Albert Einstein who was credited with defining insanity as the act of continuing to do the same things and expecting different results. While there is no proof of who actually said it, there is no doubt that it's true. If your actions surrounding making music and promoting it aren’t bringing you favorable results, even after numerous attempts, it might make sense to try something different. For example, it might make sense to seek out new musicians to collaborate with if all your previous songs are sounding pretty much the same.
Things change rather quickly in the music business, from listening habits to the sounds of the day. And if you keep doing the same things over and over, you might be relegating yourself to irrelevance. Don’t be afraid to try pushing boundaries, as well as incorporating and experimenting with different harmonies and arrangements in your music.

No matter how small they might be, it’s a good idea to be grateful for every triumph and milestone. Whether it’s getting your first 1,000 subscribers on YouTube, hearing your song on the radio for the first time, or receiving a social media shout out from a fan, you should take the time to celebrate and not just brush it off. Appreciating these minor wins helps to remind you that you are indeed growing and might even open up your eyes to the things you need to do more of in order to get to the next level.

Not getting the response you were expecting (or not getting one at all) doesn’t necessarily mean that your music was not good enough or that you are disliked. More often, it just means that your music wasn’t the right fit, or that the person you emailed a copy to, was overwhelmed with hundreds of other submissions to give yours the time of day. When you get rejections, remind yourself that it often has nothing to do with you, and that your ‘yes’ might be just around the corner.

The people around you, including friends and family members, can spew negativity that holds you back, sometimes without you realizing it. Negative-minded people will put thoughts of failure in your head, discourage you from going after what you want, and may give destructive criticism, all of which can eat into your psyche and affect your drive and creativity. If you suspect someone is a negative influence, do not hesitate to detach yourself; it will be for the best.

Despite all that might be happening (or not happening) in your music career, keeping a positive mindset is always the best response. Constantly tell yourself you have what it takes and that you’re going to make it. Instead of fearing rejection, consciously anticipate you will get a positive response to all your efforts. Keep pushing and expecting a breakthrough, even if you’ve been trying for years. After all, there are tons of musicians who got their breakthrough in their 30s, 40s, and even later in their careers, sometimes after decades of failure.
Above all, keep making good music and sharing it. If it’s reaching the ears of people, there’s more than enough reasons for you to keep a positive mindset. All the best on your journey!


WE HELP SONGWRITERS MAKE MUSIC AND GET PUBLISHED. LEAVE IT TO US. CHOOSE YOUR MEMBERSHIP NOW AT TUNEDLY.COM 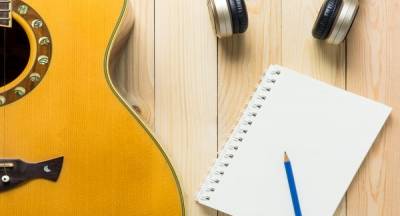 A guide to understanding how administration deals are structured.