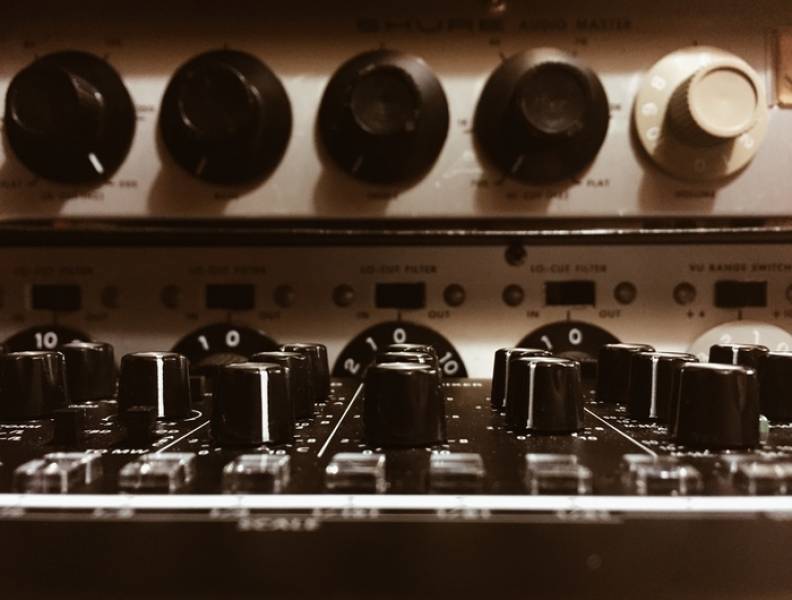 Nadav Biran
November 06, 2017
Guest Post by Nadav Biran
Picture this:
You're at your desk finishing up a mix. It's been a long day - you're tired, ears heavy after four hours of intense audio analysis. The mix sounds tight, full, and bursting with energy. You decide to bounce the track, expecting only a couple of needed edits after you take a much-needed rest.
After eating some dinner, taking a one hour break or so, you re-enter the mixing womb. You take a seat at your desk and playback the mix. What you hear astonishes you: not only does the mix sound dull and lifeless, but the vocals and drums are way too hot! There is no low punch, and the upper frequencies are hyped. What happened to the mix's balance? What happened to the magic you felt only one hour before?
If you're a producer or mixing engineer, chances are you've been in a similar situation as the one described above. The dead, floppy mix was the result of ear fatigue. It's the plague of the audio/mixing world. Ear fatigue is all too common, and it happens to the best of us.
If you're just entering the audio world, or you need some brushing up on the term "ear fatigue", here's what you need to know:
Ear fatigue is the result of prolonged exposure to sound. Also known as temporary threshold shift, ear fatigue can affect us in a variety of ways. An AES convention paper titled Non-Traditional Noise and Distortion Sources in Headphones and Earbuds and their Impact on System Performance and Ear Fatigue lists the symptoms of ear fatigue as:
- ear ringing (temporary tinnitus)
- headaches
- a hollow feeling in the ear
- an inability to hear details in a mix (muddiness)
- the need to increase music level (especially with open headphones) in order to hear along with other hearing-related issues.
In short, know that ear fatigue affects your perception of sound, increases your chances of hearing damage, and can leave you feeling sick and uncomfortable. These aren't fun things, and you definitely don't want these symptoms affecting a mix.
Note that ear fatigue is temporary. Ear fatigue can lead to hearing impairment, but it is usually not the result of hearing damage. It's a sign that you should take a break and rest. We will discuss this in further detail later.

Mixing with ear fatigue leads to diminishing returns. It's a dangerous game for one to play.
For example, when one has ear fatigue, clarity perception fades. Perception of the upper audio frequency spectrum becomes dulled. To remedy this, one increases the volume of the mix material - which further leads to increased ear fatigue.
This cycle continues, causing poor mix decisions and possible hearing damage. It's vicious. However, you don't need to worry. There is hope.
Our ears get tired. It's a fact of life. If one works in music, they WILL get ear fatigue at some point or another. So how do we combat the horrible effects of tired eardrums?
Taking ear fatigue seriously will not only save your mixes...it will protect your hearing. Here are 4 foolproof ways to avoid ear fatigue when pumping out a killer mix.

[Time + SPL (sound pressure level, or volume) = potential hearing damage]
Now, the formula above doesn't need to frighten you. You'll notice your ears getting tired before the onset of hearing damage. Just remember that the longer your ears are exposed to loud audio, the greater potential for fatigue and damage. This isn't arbitrary either. Our friends at OSHA have done quite a bit of research on the subject of sound exposure.
Many engineers abide by OSHA's Laboratory Safety Noise requirements. Here's what they look like:
90dBA - 8 hours time-weighted healthy average
95dBA - 4 hours time-weighted healthy average
100dBA - 2 hours time-weighted healthy average
105dBA - 1 hour time-weighted healthy average
This is how long one can withstand the 90 - 105dBA audio environments without undergoing hearing loss. As you can tell, every +5dBA in noise level, the amount of time a person can be exposed to is cut in half.
When under the shroud of ear fatigue, our ears become numb. Just make sure to keep track of volume adjustments throughout your mix while observing total mix time. Stay within OSHA's recommended limits. Don't be tempted to move on or turn up the volume when your ears get heavy. [see item #2 below]
Sticking to OSHA's guidelines will ensure your ears remain pristine and ready to go.

It's imperative that you rest your ears every so often. Staying within OSHA's recommended audio environment will ensure that you don't incur hearing damage, but it doesn't always prevent ear fatigue. You've got to rest those ears!
How often? Try resting them as soon as your ears feel tired or heavy. Take a 5-15 minute break if you're mixing below 90dBA, and a longer break if you exceed 90dBA.
If your breaks become too frequent, try mixing at low volumes more frequently (65-85dBA).

This is a relatively new process, but devices are now available that manage otoacoustic emissions, noise, and distortion.
This AES Convention Paper covers the effects that the REV33 device has on signal to noise ratio, harmonic distortion, and otoacoustic emissions in IEMs (in-ear monitors). Basically, this device attenuates noise and distortion that can cause ear fatigue - a dream for the engineer or touring artist!
Otoacoustic emissions and harmonic distortion are barely audible, but they can heavily affect the way one's ears respond to audio levels. Devices like the REV33 help manage noise to deter ear fatigue.

This last point combines all the other points above. You need to find a mix routine.
Many blogs state that you should "only mix quiet", or that one should only mix for a certain "amount of time". While these statements aren't wrong, they are not always right. The truth of the matter is that every mix engineer has a different process.
One should definitely mix at ultra-quiet levels some of the time. Mixing engineers also sometimes need to blast a mix in their car or studio to gauge how a mix's low end interacts with subs or a room. Some engineers mix at a constant 85dBA, and some mix all over the decibel spectrum.
The secret is knowing when damage can occur, and to never cross that line. EVER.
When ear fatigue happens, do your best to take a quick break and mix at lower levels moving forward. There is no set algorithm for fighting ear fatigue. The best we can do is knowing our routine and how our ears feel.
If you're new to the game, and can't exactly "feel" when mix fatigue is coming on, stick to the chart discussed in point #2, and you should be golden.
Good luck, and happy mixing!
Some articles for your reference:
http://rev33.com/wp-content/uploads/2016/09/AES-141-Rauschmayer-Submitted.pdf http://www.entnet.org/content/tinnitus https://www.osha.gov/Publications/laboratory/OSHAfactsheet-laboratory-safety-noise.pdf
Nadav Biran is a music producer/Audio engineer and the co-founder of catzaudio.com a pro audio magazine focused on providing music producers with the latest pro audio news, reviews, interviews, and guides.
Disclaimer: Please note that the views expressed here do not necessarily reflect those of Tunedly.