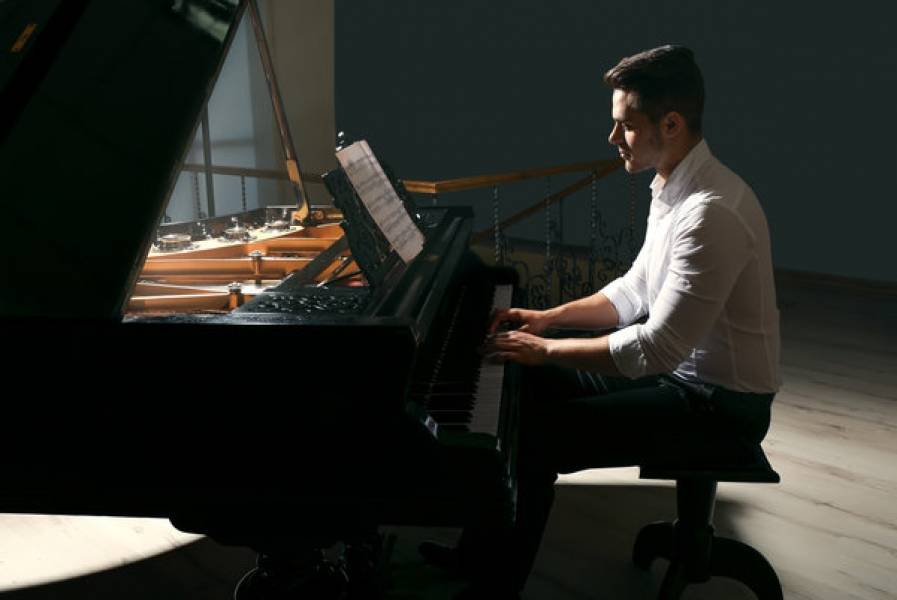 The Tunedly Team
February 04, 2019
Building a successful songwriting career does not happen overnight, nor is it an easy path. It takes a lot of effort, time and knowledge, but the rewards are often worth it when they finally start paying off, so that’s something great to look forward to.
One recommended way to boost your career over time is to keep making songs of quality by using reputable music recording studios. In addition to that, you also need to be connecting with the right people. That’s right; through good old networking. Don’t know where to begin? Well, there are a ton of events happening throughout the year, which are suited for developing the songwriter in you.
With that said, this article will be geared towards the New Yorkers, as well as songwriters who plan on visiting New York to seek exposure or find opportunities. Another time, we will focus on other cities, but for now, it’s all about highlighting some of the most-respected and well-known songwriting events you can attend in the “concrete jungle where dreams are made of,” and why you should attend. Here goes:

The SummerSongs East event is an action-packed songwriting and music performance summer camp held annually in New York and lasting for a full week. The 2019 chapter, which is the 21st staging, will be kept at the Stony Point Center in Stony Point, NY from July 21 to the 27th. The camp is all about promoting creativity in songwriting and features some of the most well-known music creators and touring artists in the industry.
What’s Special
You get to learn a lot in several workshops on skills such as songwriting, playing the piano and guitar, harmony singing, vocal recording techniques, and how to become a better performer. There are also private, one-on-one coaching sessions that you can benefit from. In addition to all the things you can learn, SummerSongs provides you with many opportunities to network with music industry professionals, join song circles, and even showcase your own music. There is also an abundance of food, fun, and laughter on hand, so you don’t get fatigued from focusing on one thing too long.
Why You Should Check it Out
SummerSongs East is an immersive camp for songwriters, who want to learn from others who are already ‘doing it,’ while having fun. It is not free, but at $1049 per person, you get access to all that is promised for an entire week. Many songwriters and artists visit yearly, and it keeps growing, so it seems the price is more than worth it.

Launched in 2012, the MOVE music Festival is geared towards the indie rock music community. It merges live performances in the genres of Indie rock and pop, singer-songwriter, Americana, alternative, hard rock, metal, EDM, and fusion; along with valuable discussions and workshops to provide a wholesome event for artists, songwriters, and anyone else in the industry who is interested. This year, the MOVE Music Festival will be held at venues across Albany and New York and dates TBA.
What’s Special
The MOVE Music Festival focuses on giving exposure to talented individuals in the region, as well as giving information to musicians on how they can set up their careers for success as independents. In addition, the event promises educational discussions and workshops. Also, musicians will benefit from intimate group talks with the pros on things to do in order to enhance their chances of success.
Why You Should Check it Out
If you are an Indie songwriter or musician, who is thinking of meeting more people to enhance your music outlook and grow your network, you should check out MOVE Music Festival. Plus, there are possible opportunities to showcase your music in front of a large audience. Admission to the event varies but is TBA for the 2019 staging.

Looking for an event that provides a comprehensive overview of the music business as it relates to independent musicians, as well as providing opportunities for networking? The American Association of Independent Music (A2IM) puts on a yearly event – Indie Week – which is aimed at broadening the impact of Indie music on a global level. For 2019, the event will be held from June 17 to 20 at the New York Law School, located in New York City, of course.
What’s Special
The Indie Week conference offers a holistic approach to helping independent artists, songwriters, and musicians develop their craft. It does this by not only exploring music-making topics but also discussing music as a business. Speakers for the 2019 staging are being sought currently but past presenters include Pandora’s Founder and CEO, Tim Westergren, as well as dignitaries from industry movers and shakers, such as Big Machine Records, VP Records, and A2IM itself.
You will also be able to participate in interactive panel discussions, one-on-one sessions, and educational workshops. You can get valuable insight on everything from streaming and emerging music tech to getting on the right playlists and even learning from case studies.
Why You Should Check it Out
Stimulating conversations are guaranteed at the A2IM Indie Week Conference, as was noted in a Billboard article highlighting the 2016 staging. Whether you want to expand your knowledge as to how you can gain exposure as an independent, or want to have an idea about what is on the horizon for the music business, this conference is sure to provide all that and more. You don’t have to be a member of A2IM in order to attend. However, members are able to get discounts on ticket costs for months in advance, so you might want to look into becoming a member if you plan on attending this year or in the future.

Another great networking event to consider attending is Mondo.NYC, which had its inaugural staging in 2016. This is an annual music business summit and festival which will cover several days in October this year, from the 15th to the 18th. It is split up into daytime discussion sessions and nighttime music festival showcases. New for 2019 will be a Mondo Hackathon, which will bring together designers, developers, creators, and artists to come up with solutions for existing challenges in the music and tech communities. It will be held in venues located in Brooklyn and Manhattan.
What’s Special
Not only do you have the chance to hear from a number of music industry professionals on the state of the music business, as well as learn how to grow your music career, you also have a chance to gain exposure from possible live performances. They are currently accepting artist showcase submissions here.
You also get the chance to participate in live panel discussions, workshops, and seminars, while connecting with people from a variety of organizations that have a direct influence on the business. Additionally, while its primary focus is on music, the discussions also widen in scope to incorporate innovation and technology and how they are impacting music.
Why You Should Check it Out
Mondo NYC is a new event that promises lots of learning and networking opportunities for songwriters, artists, musicians, and even fans. In addition, the opportunity to perform your music in front of thousands of people could prove to be valuable exposure that could help boost your career. Currently, there are early bird tickets available on the festival’s website.

Smaller Events
If large crowds at big conferences aren’t your thing, there are also smaller, more intimate events you can attend in order to supercharge your career as a songwriter. Here are two of the most popular events in New York to consider:

Started in 1991 by singer/songwriter and vocal coach, Tina Shafer, this monthly event has seen a number of big names pass through its doors. They include Grammy-award winners Norah Jones and Jesse Harris, as well as Lisa Loeb, Vanessa Carlton, and Lana Del Rey, to name a few.
What’s Special
The New York Songwriter’s Circle (NYSC) allows you to submit an original song which, if selected, you can get to perform in a live showcase in front of other songwriters and industry professionals. You never know who might be in attendance. It offers a great community setting at the Bitter End Club in NYC West Village, plus there is an annual Young Performer’s Night which focuses on exposing up and coming talent who are 18-years-old and under.
Why You Should Check it Out
NYSC is a great way to get your music heard if you feel you have a great song (or several) and you’re seeking some exposure for it. Please note that there is a cost to submit your music for consideration: $15 for one song and $20 for all of three. Small investments for what could potentially open doors for you.

Another great place to showcase original songs in New York is the Island Songwriters Showcase (ISS) in Long Island. It was started in 1990, although it’s been kept at the Five Towns College since 1994. Like the NYSC, the ISS meets the first Monday of every month.
What's Special
The ISS allows for valuable feedback to be shared among songwriters, lyricists, and performers. Its goal is to foster the growth and development of all who attend in an ‘each one, teach one’ setting that encourages constructive criticism. According to the ISS website, some of its members have gotten their songs published, received airplay for their songs, or won songwriting competitions.
Why You Should Check it Out
Opportunities presented by the ISS during their monthly meetings include peer reviews, competitions, workshops, collaborations, and showcases. One common practice is to allow attendees to have one of their songs critiqued by other songwriters. Workshops also allow for songs to vie for the award of "song of the month," also called Writer’s Choice. There is no cost for membership to the ISS or to have your songs featured. However, if you want to become an official member, you will need to fill out an application form online. All genres of music are welcome.

If you’re looking to grow as a song lyricist or musician, you should be looking to attend as many networking events as possible. At the very least, they help to expand your mind as far as the possibilities abounding in the music business are concerned. They also help you to become more rounded and being open to trying new and different things which, you never know, could be all that’s needed to take your career to the next level.
If you found this content helpful, please share it to help others like you.