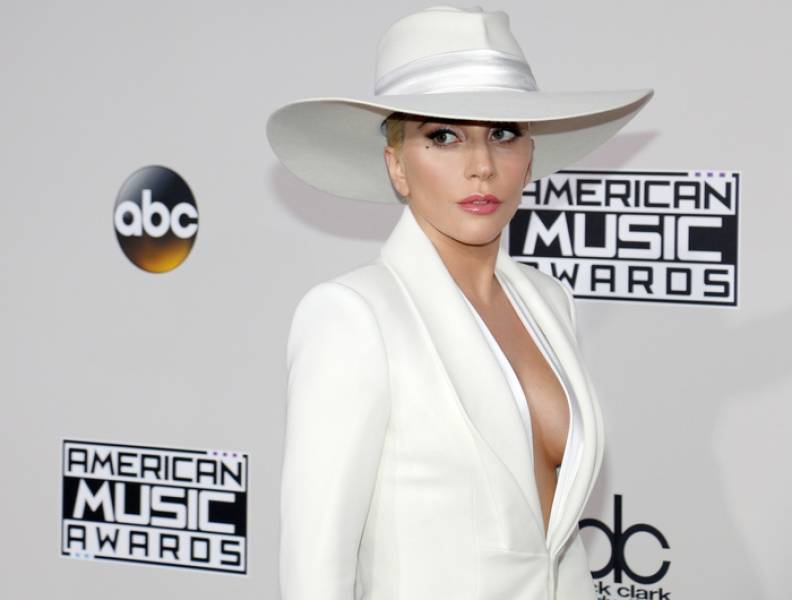 The Tunedly Team
December 10, 2017
Welcome to our second movie review. The response to our Hired Gun review was tremendous and a lot of readers gave feedback on other films they wanted us to cover. With Lady Gag’s Netflix feature still being fresh on the minds of many, it was a done deal, so here we are.
First, a cautionary note: if you haven’t watched Gaga: Five Foot Two as yet, there might be spoilers for you ahead. On the other hand, if you watched it, you may or may not agree with our assessment of the doc. Nonetheless, we’ll try our best to give you a solid take on the movie, which so far has a 75% rating on Rotten Tomatoes. Ready? Let’s go.

Lasting just over 100 minutes, Gaga: Five Foot Two aims to peel back the layers making up Stefani Joanne Angelina Germanotta while letting the world into some of what happens behind the scenes in the life of her more famous alter ego, Lady Gaga.
The documentary, shot during the making of her fifth studio album Joanne and leading up to her Super Bowl 2017 halftime performance, is one that both Gaga fans and onlookers can gain perspective from as it relates to the pop star’s glamorous lifestyle.
It’s Gaga in all her glory, telling it like it is, flashing skin at unexpected moments, giving her take on sexism in the music business (specifically the male producer – female artist dynamic), expressing her need for control (creative and otherwise), and even letting viewers in on the state of her health. There are moments where the “Fame Monster” shows her vulnerabilities, other times when she’s directing traffic, so to speak, and instances where everything seems to be moving around and for her.
Some brief periods showcase just how fast-paced and dizzy the days can get, while there are times when the action appears to unwittingly grind to a halt. And it’s all spread out over several standout themes during Five Foot Two, which alludes to the “Poker Face” singer’s petite figure, as well as paying homage to the Guy Lombardo song of the same name. Here, we look at some of those themes.

From studio sessions with music producer Mark Ronson, while recording songs such as “Million Reasons,” to filming the video for “Perfect Illusion” out in the desert, there is more than a glimpse of the Gaga music-making machine. A number of clips show her belting behind the mic, strumming at the piano, smoking a cig here and there, and discussing lyrics with Ronson (whom she makes a point of expressing how much she likes working with him).
During one scene when she arrives at the Shangri-La Studios, she rear ends Ronson’s car while parking. He responds by making light of the accident and greets her with a hug to boot before they get on with the music. Overall, making music seems like genuine fun for Gaga, at least on some days (an apparent bruised knee is highlighted in one shot).

The Gaga documentary covers a lot of ground – literally – starting at her house in California and traveling across the US mainland to her New York apartment. In between, there are shots of family life that give viewers some background info on her Italian immigrant bloodline, what makes her tick, and how those closest to her are tied in.
The best example of this is the revelation of the significance of the name Joanne, which originally belonged to Gaga’s aunt. As it turns out, she was an artist who died at a young age, years before the singer was born. Gaga devotes some time to dive into the tragedy.
At one point, she plays for her grandmother the raw version of the song she wrote in honor to the first Joanne, and which is the title track for her album. She even veers on the religious side, noting that her grandmother prayed for God to take Joanne after she became afflicted with the autoimmune disease Lupus and the doctors suggested amputating both her hands.
Lady Gaga’s religious ties also come out in the presence of family, depicted in one scene showing her at the Christian baptism of her sister’s child. There is also the fact that Gaga’s dad shows up in many shots with his famous daughter, displaying a sense of support behind the camera, if ever she needs it. Gaga sums it all up, pretty much, in one sentence during an interview with Darryl Pinckney of the New York Times, noting that “my family is the most important thing in my life.”

In early 2013, Lady Gaga had to cancel the rest of her Born This Way Tour due to a hip injury. The injury clearly took a serious toll on her, leaving behind continuous and chronic pain that bugs her every move, and that’s a recurring theme throughout Gaga: Five Foot Two.
Among the gazillion times that Gaga gets touched by other people's hands during the docufilm, are numerous instances when she has to get massaged to keep away the pain, including pre, post, and mid-performance. It becomes apparent, during a visit to the doctor that, out of devotion to her fans, she’s been trying to power through the pain.
But physical pain is not the only type Gaga is faced with during Five Foot Two. She hints at losing her mind after receiving a call from her best friend Sonja Durham, who was battling breast cancer at the time. Gaga’s obviously rattled at the thought of losing Sonja, especially with everything else going on with her own health worries (she recently disclosed that she's been diagnosed with fibromyalgia).
As an aside: Durham passed away earlier in 2017, several months before Five Foot Two was released.

Everyone knows that Lady Gaga is a phenomenal performer and she shows off some of that Gaga-ness in a few snippets. Her dedication and drive to get the look and sound just right also comes out in the mix, especially during the rehearsal leading up to the main performance parts of the movie is centered upon – the Superbowl halftime show (although the performance itself is not shown in the movie).
Probably the best performance - and one of the high points of Five Foot Two - is a laid-back, acoustic rendition of “Bad Romance,” which tugs at the heartstrings and probably lays bare her own relationship mishaps (she hints at the toll her past breakups and resulting loneliness have taken on her). It’s a powerful performance that shows off a different, svelter dimension of her, as well as her underlying fragility.
There is another performance, which is on the ditzier end of the spectrum, with an excited Gaga saying to her manager Bobby Campbell “…can we do it again? My boob fell out…no one told me,” after exiting the stage. Here, Gaga's wilder side comes out and you get to see the part of her that's all about having a whale of a time while entertaining the audience.
Outside of that, glimpses of Gaga’s performances (and other activities) are accentuated by her many shots in sexy cutoff jeans shorts, which will probably leave you wondering just how many of those she has. Sonically, the Gaga sound forms much of Five Foot Two’s background. But there are also swift shots that seem to posit her newer, somewhat stripped down persona against her previous over-the-top ensembles that have been the talking points of many of her performances and appearances.
Another performance aspect that comes out in Five Foot Two is Lady Gaga as an actress. Takes from her appearances in American Horror Story episodes show her getting into character (and being annoyed), and also trying to get her lines right.
In the earlier parts of the movie, Gaga even lets it slip to director Chris Moukarbel that she'll be appearing in the 2018 movie A Star is Born directed by Bradley Cooper. It's been said that she'll be using her real name "Stefani" for this role, which could be an indication as to how serious she is about developing her talent as an actress, having mastered the art of stage performance.

In Five Foot Two, Lady Gaga attempts to show off different dimensions of her soul, which at times seems to spring from a deep need for people to really ‘get’ her. She opens up about feeling comfortable with the idea of having kids and aging gracefully as a rock star. She also tries to set the record straight as it relates to the longstanding comparisons with Madonna and the bad blood between them, noting that she still respects the “Queen of Pop.”
The comparisons probably won't stop anytime soon, considering the fact that Madonna also starred in her own documentary (Madonna: Truth or Dare) during her heyday. Either way, Five Foot Two represents a seemingly genuine attempt by Lady Gaga to expose viewers to her life as a New York City girl turned famous musician, her interpretation of her own fame, and her interaction with the love of her life - music - and how it has shaped/changed her.
We end with a few quote-worthy thoughts from Gaga: Five Foot Two, by the pop diva herself, that are worth remembering:
1. I can always bring my past with me. But I can never go back. You gotta leave yourself behind.
2. I want to do the opposite of what everyone thinks that I am going to do.
3. I go from everyone touching me all day, and talking at me all day, to total silence. And all these people will leave, and I'll be alone.
4. I didn't feel good enough and I do now. That's the good part.
5. My family is the most important thing in my life.
Gaga: Five Foot Two is a Netflix Original Documentary and is currently available for streaming. 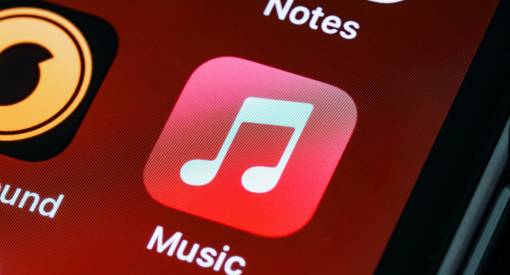 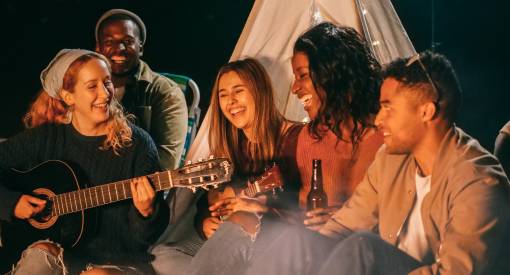 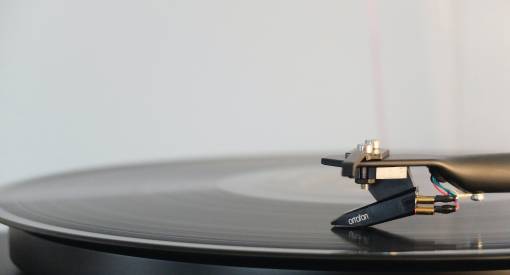