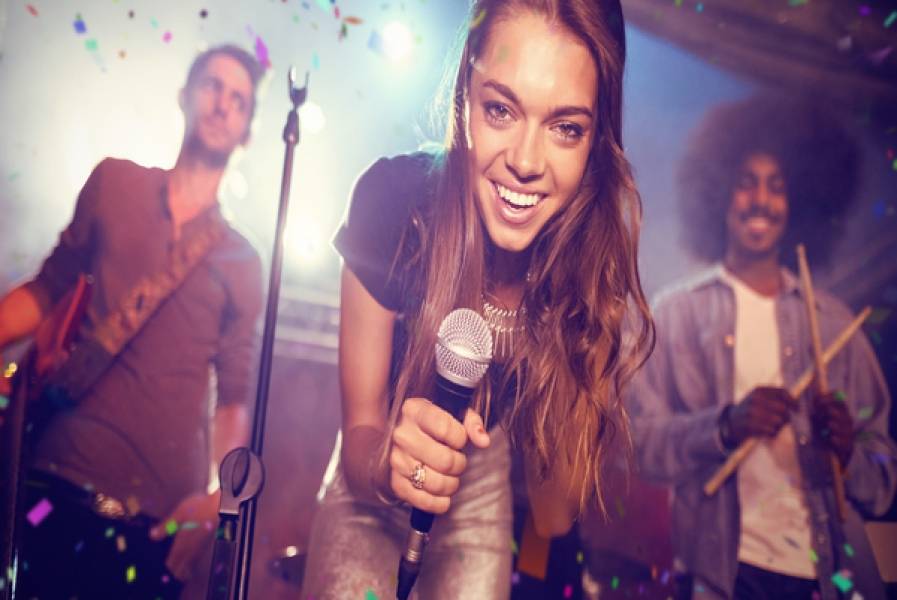 The Tunedly Team
July 03, 2019
Looking forward to writing a smashing pop song some day? This is a great ambition to have, considering that most hit songs are from the Pop genre and, arguably, the most lucrative.
While pop music promises potential fortune, excelling as a songwriter doing pop can be quite the challenge. For one, there are tons of songwriters operating in the genre, who are trying to appeal to the whim and fancy of the same audience segment.

Pop literally means popular music. Another way to look at it is that pop songs usually appeal to a wider audience than songs that lock into a particular niche genre such as Country, Folk, or Reggae. However, pop music can borrow from other genres, so artists who practice niche genres can also have pop hits. Taylor Swift is among the best recent examples; after excelling in Country music, she dominated the pop scene with the release of 1989, her fifth studio album.
With that said, it is quite possible for anyone to write a pop song, regardless of the genre you tend to specialize in. Becoming good at pop songwriting means you have to find creative ways to make your song more pop-friendly than the average. Granted, there is no guaranteed formula for success when it comes on to writing pop songs, or writing songs in general. But there are a few things that successful writers in the genre have done that are worth emulating.
Here are 9 things to keep in mind if you have ambitions to become good at writing pop songs.

It’s a given that if you want to know how to write a song in a particular genre, you should know what the best songs in that genre sound like. It’s pretty easy to find pop songs to listen to. Most of your favorite radio stations play pop music on a loop, including current hits and those from past years. Browsing top 40 mainstream charts will expose you to plenty of trending pop songs as well. Also, pop songs are usually among the most streamed on apps such as Spotify and Apple Music, so all you have to do is choose a pop playlist. Listening to pop songs will help you understand the basics of how they are constructed, including common song structures, chord progressions, lyric arrangements, and rhythm patterns.


2. Be aware of popular themes

Pop songs tend to focus on themes people everywhere can relate to. Most people – young and old – can relate to themes such as love, being in love, relationship challenges, having big dreams, human desires, growing up, having good and bad days, etc. Most pop songs revolve around these types of themes and the characters in them. That’s one reason why many pop songs are based on personal experiences or the accounts of people and situations known to the songwriter. As a result, you can get theme ideas for pop songs by thinking about your own life, as well as the happenings in the lives of people around you. You can also get relatable theme ideas by watching popular movies and TV shows that reflect many of the life situations faced in everyday living.

Catchiness is another hallmark of pop music. Think of any pop song you like and you will realize the lyrics got stuck easily in your head. Most hit pop songs will leave you with at least one catchy line or phrase, especially if it has a good hook, after listening just once. Catchiness is tied to several things, including melody, chord progression, and word placement. How you place your words together is extremely important to create the effect that you want.
Among the ways many pop songs do this is to combine or juxtapose opposing words, or use words together in ways you wouldn’t normally expect. For example, wrong and right (“If loving you is wrong / I don’t want to be right”); bad and good (“I can make the bad boys good for a weekend”); night and day (“I’ve been here all night/ “I’ve been here all day”); good and goodbye (“I’m way too good at goodbyes”). Without giving the song titles or artists, you probably already recognize these catchy lyrics. Another thing to think about, which is not always important, is rhyming. How you rhyme your words can make the effect more dramatic when crafting catchy lyrics and hooks.

Pop songs are all about connecting with the listener. Some pop songs make you want to get up and dance while others might put you in a more relaxed state. The groove has a lot to do with the type of rhythm you choose and the melody. It also determines the type of energy you want to communicate to your listeners. For instance, your pop song can be happy, sad, flirty, upbeat, or mid-tempo. You can start defining the groove of your song by playing the basic rhythm pattern on an instrument such as a guitar or piano. If there are no instruments at hand, you can also start working on developing your groove simply by snapping your fingers to the timing of your lyrics. Not big on creating grooves? There are a number of session musician at Tunedly who can help you with establishing an appropriate groove for your pop song.


5. Repetition is the name of the game

Earlier, we talked about creating catchy lyrics. In addition to being catchy, pop songs also get stuck in your head by making use of repetition. This repetition is not unique to pop music; in fact, repetition has been used a lot in music, as explained in a previous article about symmetry in music. In pop music, however, songwriters tend to repeat words, phrases, sounds, and melodies throughout the song, to make it more memorable. Repetitions from a few popular songs you probably know include:
- I can’t get no/ no, no, no… from “(I Can’t Get No) Satisfaction” by The Rolling Stones
- Can’t read my/can’t ready my… from “Poker Face” by Lady Gaga and
- Lately, I been/ I been… from “Counting Stars” by One Republic.
These songs actually have other repetitive phrases and words in them, underlining just how important repetition is to the genre of pop music. When writing your pop songs, look for opportunities to repeat certain words and phrases, and even inserting repeating sound sequences such as “oh, oh, oh,” “no, no, no,” “yeah, yeah, yeah,” etc.

Just as how it is important to connect with listeners physically using an appropriate groove, you should also strive to connect emotionally through your pop songs. Creating an emotional connection means thinking about how you pair your words to the music, the emotion you put into them, how you describe a mood or feeling, and the actual instrumentation. You can:
- Place a stress on particular words: ALRIGHT as used in the song “Everybody (Backstreet’s Back)”
- Use emphasis words: You held me down, but I got up (HEY) as used in the song “Roar”
- Use imagery: I’m gonna kick my feet up and stare at the fan… as used in “The Lazy Song”
There are other ways to create emotional connection but in the above scenarios, you can clearly understand the type of feeling the songwriter was trying to bring across.

If you listen to a lot of pop songs, you will realize that among the reasons why they tend to be so catchy is that they are also simply constructed. Your listeners should easily remember the lyrics, melody, and hook(s), so the last thing you want to do is to write convoluted lyrics, intricate rhyme schemes or to make the song structure complicated. There are very few examples of pop songs that manage to keep listeners interested while being complex (“Bohemian Rhapsody” we are looking at you), so it’s best to use common words and basic song structures to create your pop song.

While you should keep your song simple, you can add excitement in a number of ways to ensure your pop song hits home. Among the inventive ways some famous pop songs have done this include:
- throwing in nonsense words/lyrics – "I'm blue, da ba dee dabba da-ee"
- Adding attention-getting sounds, including onomatopoeias – "Boom! Clap!"
- Using unexpected words/phrases – "Stop callin', stop callin', I don't want to think anymore / I left my head and my heart on the dancefloor"
- Imperfect rhyming - "I only wanna die alive, never by the hands of a broken heart / Don't wanna hear you lie tonight, now that I've become who I really are"

We keep saying this but only because it has proven to be effective: you should consider collaborating with other songwriters. The vast majority of today’s pop songs which manage to gain any traction with the public are written by at least two songwriters. And there are reasons for this. For one, writing with other people promotes the sharing of ideas and takes the pressure of you having to come up with all the lyrics and other song parts. You also get to share the costs of producing and promoting the song. Sure, you will end up having to split the royalties if the song manages to make an impact but the benefits of co-writing far outweigh the negatives.
Pop music, like other genres, is constantly evolving. And what's hot today may not be tomorrow. Still, understanding the basics of what makes pop, well, pop, can help you get good at it and make songs that stand the test of time.