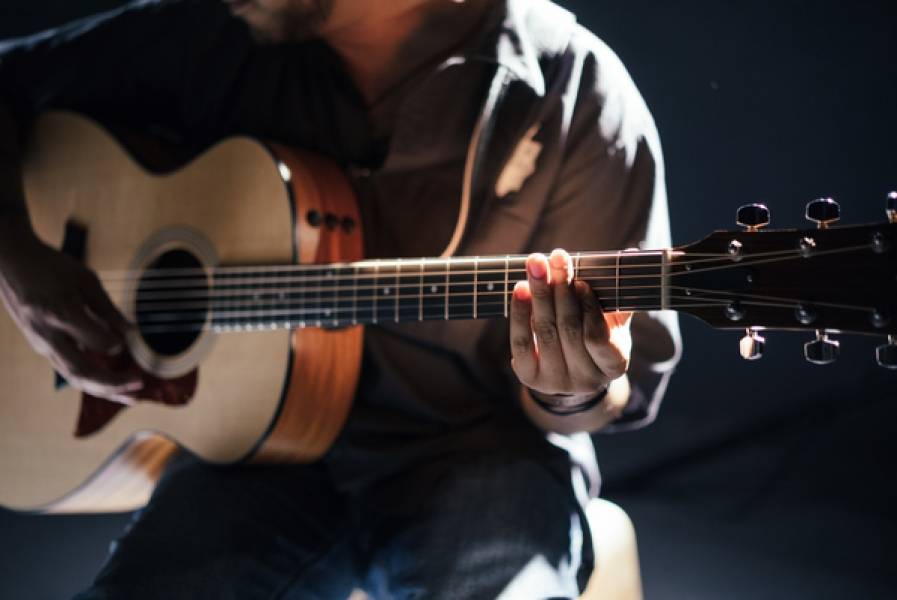 Here is How to Get Good at the Guitar

The guitar falls into the category of instruments that are considered ubiquitous, if not immortal. From bass guitars to electric, the stringed strumming machine is essential to the sounds of most music styles and genres, and often trades places with the piano as the most played instrument.

You can find guitarists in everything, from rock to rap and everything in between. But all great guitarists are made, not born, and getting good requires tons of practice and learning from the best. If you play the guitar - or at least plan to begin - and want to up your skills, you might want to check out YouTube. There you will find tons and tons of visual content for both experienced and beginner guitar players.

Oh wait, there are so many videos on there; where to begin? Good thing we’ve got you covered. Here are 20 of the best YouTube channels you can subscribe to, in order to up your game. You’re welcome.

With two channels on YouTube and a combined viewership of over 324,000,000 views and upwards of 600,000 subs on each channel, Justin Sandercoe is one of the most popular sources for guitar tutorials on the web.

This is hands down one of the most popular YouTube channels, especially for beginners. With over 527,000,000 views to date and more than 1.8 million subs, it features lessons from an all-star roster of guitar players, including Marty Schwartz.

In addition to showcasing his skills in tutorials for Guitar Jamz, Marty Schwartz also runs his own channel. He’s been attracting quite a following as well, with over 33,900,000 views so far and 348,981 subs.

Eric Andreas calls himself Your Guitar Sage and has the video guides to prove it. His channel currently has over 57,840,000 views and 314,043 subs; quite a following on the video-sharing platform.

British guitarist Andy Crowley knows his guitar and serves up his skills in a number of beginners’ videos, as well as guitar techniques presentations. So far, he’s racked up over 55,470,000 views and has 474,700 subs.

A member of the band, Dorje, and a Brighton, UK guitarist, Rob Chapman gives lessons, demonstrations, and reviews on everything guitar. His channel currently has over 201,749,000 views, as well as 572,204 subs.

Having been around since 2012, this academy has helped over 50,000 aspiring guitarists get up to speed with playing the instrument, along with bass and the ukulele. Its lessons have attracted over 8,657,000 views so far and 84,426 subs.

With over 30,700,000 views and 148,000+ subscribers, Eric Blackmon Music has tons of lessons on guitar, drums, ukulele, and other instruments. The instructor actually helps you to find stuff on his channel instead of wading through the large catalog.

Steve Stine says he has taught thousands of beginners how to play the guitar and promises to get you up and running in just five minutes. In addition to his personal channel with over 8,480,000 views and 144,800 subs, he is also an instructor for the GuitarZoom Songs YouTube channel.

Guitarist Carl Brown is the man behind the GuitarLessons365Song YouTube channel and its accompanying website. His specialty is teaching guitar lessons using hundreds of the greatest songs ever written. A strategy that has garnered over 112,450,000 views and more than 417,000 subs.

PREFER TO HAVE THE PROFESSIONALS HANDLE YOUR MUSIC? FIND WORLD-CLASS GUITARISTS WITH EASE. VIEW OUR ROSTER TO GET STARTED.

The owner of this channel, Andy, uses classic rock songs and modern tunes for his tutorials on Shutup & Play. The channel has been around since September 2013 and amassed over 30,333,000 views, as well as 154,775 subs so far.

With lessons taught by Adrian Woodward, the goal of this UK-based channel is, well, to help anyone learn to play the guitar. So far, it has gotten over 5,680,000 views with more than 44,000 subscribers.

Described as an online community for guitar enthusiasts, Active Melody posts guitar lessons every Friday. It currently has in excess of 37,597,000 views and over 155,500 subs.

Whether you’re a new guitar student, wanting to get up to speed with guitar-playing techniques, or an experienced guitarist who wants to get to the next level, there are lessons here for everyone. Nate Savage and Andrew Clarke are behind this channel, which has 337,888 subs to date and over 35,812,000 views.

This is a general video tutorial channel with a focus on Christian worship leaders and mastering the guitar for music in the church. It’s headed by Brian Wahl and has over 29,890,000 views and 230,865 subs to date.

This channel is run by Ellen, one of the few female guitarists giving guitar lessons on YouTube. It has so far gained over 44,926,000 views and 474,317 subs.

According to this channel, they will teach you how to master the guitar by playing and exploring the instrument. So far, there are 348,683 subs on LickNRiff, and it has over 42,061,000 views.

Having been around since August 2014, this YouTube channel is all about teaching different styles of playing the guitar. Over 405,000 people have already subscribed and the channel has received north of 56,241,000 views.

Guitar World has built up a sizeable following by indulging in professional covers of songs from some of the biggest artists and featuring some of those musicians in its lessons. So far, Guitar World has accumulated over 185,680,000 views and 454,987 subs.

As one of the world’s most well-known guitar makers, Fender shows video content that not only gives valuable lessons on playing the guitar but also learning about different types of guitars and how to take care of them. The channel has over 100,249,000 views and 236,495 subs to date.

There you have it – 20 YouTube channels to help you get on top of your guitar-playing game. Have fun!

PREFER TO HAVE THE PROFESSIONALS HANDLE YOUR MUSIC? FIND WORLD-CLASS GUITARISTS WITH EASE. VIEW OUR ROSTER TO GET STARTED.