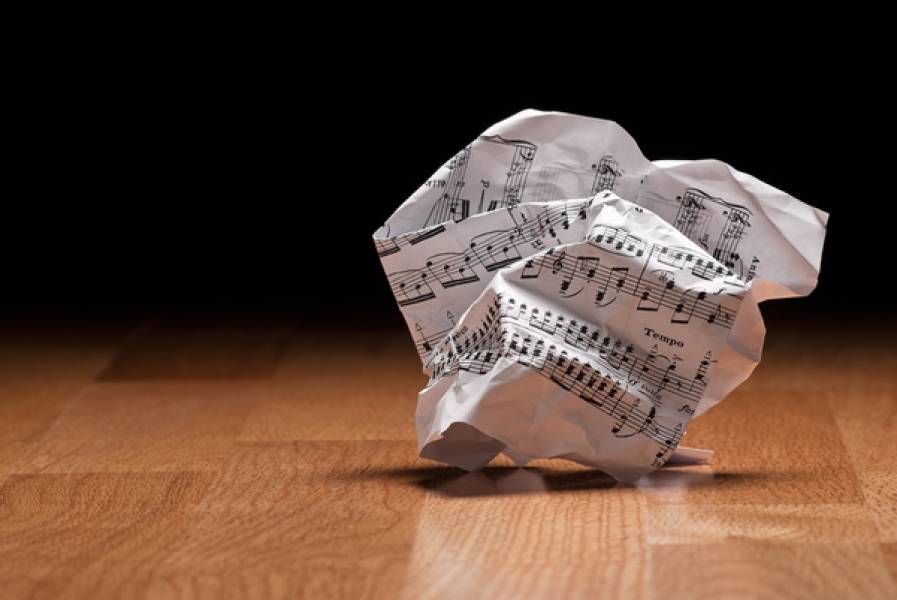 How NOT to Sabotage Your Music Career

Stepping out with the decision to become an independent artist or music creator is pretty bold, considering the various challenges that the business entails. From building a fan base, to making your own songs, to at least managing to get a song heard by a large (enough) audience, the struggle is constant, especially in the early days.

However, as many have proven over the years, it is not impossible for any serious song lyricist, artist, or band to make their intended mark. How far you reach is often determined by your own mental attitude towards developing your career, and your approach to doing what it takes to get the outcomes you want. Of course, it’s not quite that simple, but once you understand that basic truth, everything else becomes clearer. Well, at least as long as you’re not getting in the way of your own development.

1. Know where you want to go and what it takes to get there

One of the keys to making it in the music business is to understand what needs to be done to get where you want to go. And while success is not guaranteed for anyone, there are some ingredients that are a given in order to have a real shot at it. Obviously, you need some level of talent, to begin with, but then you also need to work on creating the right image, as well as connecting with the right people and coming up with a strategy to get some exposure. You should also be prepared to invest some amount of cash in your career. Don’t think just because the internet now exists, it is cheap and easy to make your own songs and get free publicity.


2. Have the right mental attitude

You might have heard the phrase “your attitude determines your altitude.” While it might sound a tad corny, it is one of those sayings that carry a lot of truth and has been repeated by many successful people. A great mental attitude means not limiting yourself to small goals, but actually aiming for the highest possibilities. It means not thinking that you can’t afford to use high-quality music recording studios, but instead trying to figure out how to afford it. Settling for home-made recordings can seriously hurt your career.

It also means not focusing on the fact that you might not have a lot of financial resources, but instead thinking about the amount of money you can possibly make and actively doing daily activities to eventually get you there. The problem of starving artist syndrome is real and has whittled away at the careers of many talented individuals. Avoid this by continuing to think big, looking past the little things that are lacking and envisioning the goals you want to achieve.

3. Don’t compare your success with that of others who are already ‘there’

It’s easy to get caught up with other song lyricists, bands, and musicians who are well-known and try to model your success off theirs. After all, The Chainsmokers managed to make a hit out of “#Selfie,” so it should be easy for your ‘well-structured’ club anthem to get noticed too, right? Or if Miri Ben-Ari can make it as a crossover classical musician and end up winning a Grammy, then you should break the mold too because you can play the heck out of a stringed instrument as well, right?

Well, first of all, success comes differently for everyone. Ben-Ari, for instance, has recalled in interviews that she started playing the violin at age five and, even after many years of training, was out in the wilderness for a long time after moving to New York from Israel. She has mentioned spending a lot of nights playing in numerous clubs without any recognition for years, before being finally discovered.

Hers and many more success stories often seem glamorous, almost fairytale-like when the headlines are being made. However, if you dig a little deeper, you will find that they often took a long time and much sacrifice to get where they are. So, is it a good idea for you to compare your success to other accomplished acts, who you feel you might be just as good as, or even better than talent-wise? Not unless you are willing to begin at the same spot where they began and do the same things they did. And even then, things and times have changed, so the way they did it back then might not work today.

You might be holding yourself back if you are looking at what a mainstream act is doing now and trying to mirror your own success off that, instead of taking the time to build your own buzz, as they did when they were at the same spot you are currently in.

Success rarely comes overnight in any form of business, music or otherwise. Instead, it’s a continuous process that you have to keep on repeating day in, day out until the work starts paying off. The process can be daunting at times, whether it is continuously seeking out the best song lyricists and music recording studios to collaborate with, in order to ensure your songs are of a consistently high quality, or hitting the road often in a bid to keep on meeting the right people.

Whatever it is, you have to trust ‘it’ and stay committed to the process until something gives. Bruno Mars could have ended up being a no-name after being discarded by Motown when he was just trying out his wings, but he stuck to what he knew and the rest is history.

How badly do you want to achieve your goals in music and how are you preparing to meet them? And what are those goals anyway? These are critical questions to ask yourself if you want to continue developing your craft and be in a state of readiness.

The truth is that many acts stay stuck in the quagmire of obscurity because they have either not asked themselves the important questions or aren’t prepared for opportunities that pop up from time to time. For example, you get an opportunity to pitch a song to a record label or popular artist, but your demos are not mixed properly, so even though you have some good lyrics, you end up getting turned down.

Your excuse might be that you couldn’t afford a professional music recording studio, but you could be looked at as being lackadaisical or just not ready for what you seek. After all, if you want to be taken seriously, you need to put your best foot (recording/performance/attitude) forward. Of course, being prepared doesn’t mean you will automatically kick down every door you enter; it just means you have a better chance of getting a foot in.

Even if you feel like you’re all that and a bag of chips, there will always be something else to learn that could make you better. It could be improving on your writing to make you a better song lyricist, strengthening your vocals so you have more range, or learning an instrument that improves your overall skills that come in handy if you attempt to make your own songs.

Developing your skills and building your career is mostly up to you and the decisions you make, especially if you are an independent artist. Be aware of your weak areas and keep seeking for ways to build on them. Be aware of your strengths too and keep on training them. A strong muscle will eventually become weak if it is not being used regularly.

The music business is not for the faint-hearted when one considers that there are so many artists that are not earning viable incomes from their music careers. In fact, recent reports show that almost 91 percent of current artists are listed as unrecognized.

It’s little wonder that some quit after a few tries and successive failures.


If you are serious about building your career, it’s best to have a real love for it, rather than for monetary gains. If your motivation is just the money or fame that comes with being a popular artist, you are bound to get fed up and drop out if you’ve failed to achieve either after trying for some time.

Doing it for the love doesn’t guarantee success. However, it keeps you going and sets you up for the possibility of success down the road. Plus, being in the category of unrecognized is not necessarily a bad thing. Many of today’s chart-toppers were in that same position for many years before getting their big break. The question is, how long do you plan to stay there and what are your plans to find success; whatever that means to you?

Getting to know the right people in the music business is an important part of growing in it. Connecting with other artists and industry professionals will at least keep you in their minds so that when a need arises, it’s possible that you could be called upon to fill it.

The music business is one that is built on relationships and some of the most successful artists have been those who were able to continuously make the right ones. You also need to connect with regular people in order to build your fan base, so make use of social networking channels where you can both share your music and interact with listeners.

As you seek to develop your artistry, it is important to spend some time focusing on what your goals are. Take the necessary steps to connect with the right people, as well as continuing to make songs of quality through suitable pro studios and services.

While the industry keeps changing, the formula for success remains pretty much the same. Keep out of your own way and you never know where the right mindset and work ethic could take you.