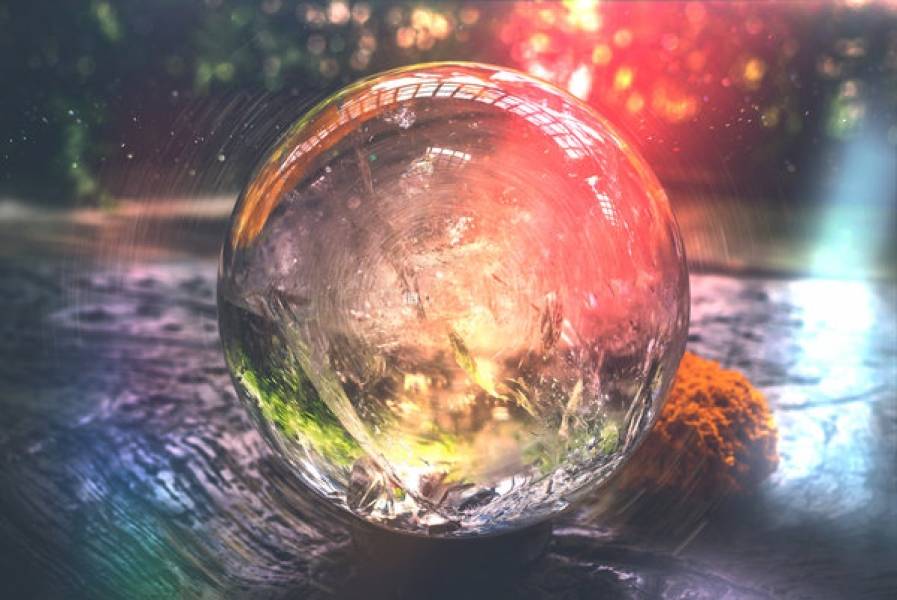 How Some Musicians Predict the Future

The Tunedly Team
March 14, 2019
Songwriters and musicians are no less human than the general population.
Some are deeply interested in politics and religion while others shy away from such controversial topics. For some, they rely on scientific facts to shape their beliefs (and music). On the other hand, there are others who are driven by superstition and mysticism and are not afraid to seek answers from what some would consider questionable sources...such as psychics.
Sure, the politically-correct thought process is that pursuing a music career should be solely about talent, skill, and the ability to attract an audience (that's not to say that any of the names mentioned in this article are not deserving of their achievements). But just as in every other profession, there are songwriters and musicians who may want to know what the future holds and how they can improve their chances of being successful.
On top of that, show business is hard, so it's probably no big deal for someone with big ambitions to seek some supernatural help, right? With that said, here are 8 songwriters and musicians who use psychics or have sought their help at some point in their careers.

A renowned Grammy-winning songwriter and singer, Warwick is also known for her work with the now-defunct Psychic Friends Network, a call-in talk show that was popular in the 1990s. But Warwick's history with psychics go back years before that. In an interview with DailyMail in 2015, she revealed that in 1987 a clairvoyant predicted she would win two Grammys that year. The prediction was spot on.

While alive, MJ is reputed to have used a psychic medium from time to time. In fact, his personal psychic was well-known. Her name was Jillian Lane and she had so impressed Jackson that he flew her from her home country in Europe to live closer to him in L.A. She remained his psychic (and reportedly became psychic to other celebs) up until his death in 2009. Later, she was said to have predicted her own demise in 2013.

When Miley Cyrus' days as a Disney princess came to an end, it seems she wasn't sure what persona to present to her now more mature audience. It turns out that the "Wrecking Ball" singer decided to seek the advice of a number of psychics. The result is that she became the talk of the town (although not always for the right reasons) soon after. She's toned down her act a number of notches since then but apparently not her use of psychics. In 2014, it was reported that Cyrus spoke with an animal psychic, in an attempt to reconnect with the spirit of her dead pet dog, Floyd.

With numerous hits under her belt and a rising fashion empire, it would seem Rihanna is on top of her game. However, it has been said that the self-styled "Bad Gyal" sees a psychic occasionally for insight on the direction of her career.

It's not clear whether the "Swift One" seeks help from any oracles currently. But during an interview years ago, she let it slip that back when she was just 12-years-old, a psychic hired by her dad predicted her future success. While there is no surety that psychics know what they are talking about, the one in Taylor Swift's story seemed to have been spot on.

Before Lady Gaga exploded on the scene, her life was probably just like many of you reading this; struggling to get a foothold in the music industry. Thinking she probably wasn't doing something right, it's said that Gaga sought the advice of a psychic, who seemed to have pointed her in the right direction. She scored a hit soon after and the rest, as they say, is history.

Jennifer Lopez has had a long and illustrious music career, as well as a successful acting career. During that time, she's made it well-known to the public her belief in psychics. In fact, many of her life decisions seem to have hinged on the advice of psychics, especially one based in Los Angeles, who she confides in. In one instance, it is said that Lopez consulted with this psychic multiple times before canceling a wedding. She's also reported to have sought psychic help while working on movies.

Camila Cabello has been beating the pavement since splitting from Fifth Harmony, appearing on numerous shows and fielding plenty interviews. In one of those interviews, the "Havana" singer dished on her songwriting craft after allowing her fortune to be told through a tarot card reading.