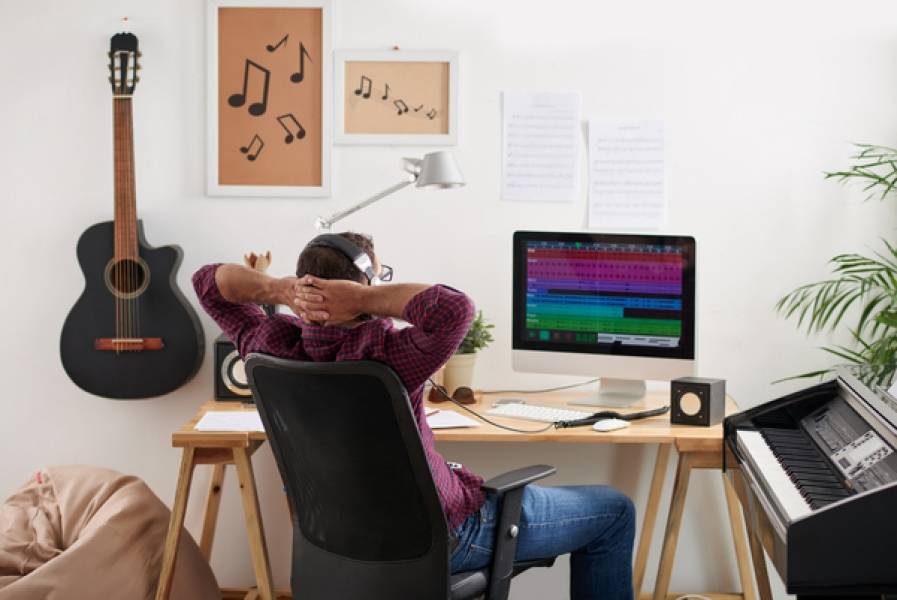 How You Earn Royalties

The Tunedly Team
May 01, 2019
Do you write songs with the intention to make money from your music? In the past, we have talked about different earning options available to songwriters who don't want to perform, as well as various ways you can make money from your songwriting skills (in terms of jobs you can do).
However, we have come to the realization that many songwriters are unaware of all the ways their songs can earn royalties. This is partly due to the vastness of the music industry and how it is layered. For example, people might be unaware that royalties can be generated from both the original recording of a song, as well as subsequent cover versions. We wouldn’t want you leaving money on the table so it seems a good idea to give you some pointers in this area.
First off, royalties can be generated in two main categories:
- From digital sources, which includes downloading, streaming etc.
- From physical (analog) sources, which is pretty much the traditional way, before the advent of selling music online.
Now that you’re aware of the two categories, let’s look at all the ways you can earn royalties from both.

- Interactive and streaming
Streaming has become the dominant revenue-generating format from music consumption in recent times. Many music creators and artists submit their music to various streaming services with the hopes that music consumers will ‘stream’ their songs. The more streams they are able to rack up, the more revenue they are able to generate, but even within this simple structure, there are different ways royalties can be generated.
For starters, royalties can be generated from interactive streaming, which involves listeners being able to play, pause, rewind songs, and create playlists. As a songwriter who has a part in a piece of music that gets used in any of these ways, you are entitled to mechanical royalties. While there is a variation among the different platforms, the stipulated average per the government is $0.005 per stream. For countries outside of the U.S., the payout is usually about 10% of the listed price.
There is another form of royalty due to songwriters from interactive streaming. Streaming a song via any of the popular platforms, including YouTube, also counts as a public performance (since music can be streamed directly from these sites at parties, gyms or other public gatherings, for instance). This royalty, however, is determined by a performance rights organization (PRO) such as BMI or ASCAP, so you’d need to have your works registered with one in order to earn this type of royalty.
- Non-interactive streaming
There are other streaming platforms that don’t allow users to choose songs or have the ability to pause, rewind, or create playlists. They only make it possible to listen and include Pandora, Sirius XM, cable stations that stream music, and other services that operate similarly to a traditional radio station. Streams on any of these services are counted as public performances and, therefore, would result in royalties for songs played. The rates for such royalties, similarly to public performance royalties on interactive streaming platforms, are determined by PROs. In this case, the rates are determined on a case by case basis and usually calculated on gross revenue of the streaming platform.
- Digital downloading
In the earlier days of buying music online, digital downloads were all the rage. While this source of revenue has been declining, in line with the rise of streaming, people still download music, and your music can generate royalties anytime this happens. People download music from a range of legal sources, including iTunes (soon to be defunct), Amazon, and even Spotify. Such royalties are governed by the reproduction and distribution portion of copyright laws. As a result, the royalty payouts are similar to those per physical reproductions (more on that later), which are about $0.091 and up to 10% of the price of the song in countries outside of the U.S.
- Digitally printed music
There are tons of websites that display the lyrics of songs, as well as sheet music and tabs for use by people interested in that type of music resource. Although the piece of work isn’t necessarily being played on these sites, public display of its contents (lyrics, etc.) constitutes a public display, which, you guessed it, entitles a songwriter to getting royalties. Here, the payout is determined on a case by case basis and can be based on a period of time the content is displayed or calculated from gross revenue of the company displaying it on their website.
- Ringtones and ringback tones
Many people still customize their phone ringtones and ringback tones. These are also governed by the reproduction and distribution copyrights, which means you should earn a royalty every time someone uses your song for such purposes. Ringtones and ringback tones generate revenues for many telephone companies such as AT&T and Cricket. In the U.S., the mechanical royalties generated are paid out at a rate of $0.24 per ringtone/ringback, and a percentage of gross income elsewhere.
Royalties from ringtones and ringback tones don’t stop there. If these tones are played in countries outside of the U.S., it is counted as a public performance and, therefore, liable for royalty payouts by the telecoms company and music service from which the tone is taken from. Rates here are not across the board but on a case by case basis with the PRO.

- Traditional selling
The old way to sell music involves having your songs recorded on vinyl LPs, CDS, and cassettes. Although these formats only make up a small portion of music revenues these days (due to the rise of streaming), there are still people out there buying them, and if you were to sell music this way, you would earn mechanical royalties. Since they are physical reproductions, these types of transactions are governed under the reproduction and distribution copyrights mentioned earlier. Like digital downloads, you would earn approximately $0.091 every time a record company or other entity generates a copy of your song for sale. That’s actually for songs that are under five minutes; a special calculation comes into play for creations that are over five minutes. In regions outside of the U.S., the overall mechanical royalty payout is between 8 and 10% of the price of the work.
- Public performances from analog sources
Another traditional form of music consumption is via good old AM/FM radio, as well as when songs are played on turntables and music players in restaurants, stores, clubs, bars, etc. In any case, these are all public performances, which command royalty payments. As with all public performances, a PRO comes into play, negotiating on your behalf to get payment from any establishment that plays your music. The actual rates are not across the board, instead they are determined on a case by case basis.
- Sync royalties
A TV or film company might want to use your song in a production they are creating for their audience, including commercials, TV shows, and movies. In either case, they will need to purchase a sync license from your music publisher in order to use your work legally. The royalty payout for this kind of license can vary greatly, from a few hundred bucks to tens or even hundreds of thousands. The actual amount is determined by a range of factors such as how long the work will be used, how popular it already is, and where it will be placed in the production.
Syncing can also be paid out mechanically per unit under the reproduction copyright laws. For instance, if your song gets added to a game or greeting card, you are due a royalty payout, each time a unit is sold. The amount here is often determined based on an initial agreed-upon amount of unit sales.
- Physically printed music
Similarly to lyrics and sheet music being housed on websites, people may also physically print these for commercial purposes. For instance, an apparel company or individual designer may want to include lyrics from your song on a t-shirt they are selling. There are also music companies that print sheet music and tablatures for people who might want access to these resources. Either way, they count as public displays and warrant royalty payouts to the songwriter. Print royalties vary by case, with the exception being sheet music, which can command 15% of the sale price of each unit or a fee based on how many units are printed for retail.
We hope this has been an eye-opening read for you if you weren’t already aware of the different ways you can earn royalty. If you appreciate the information and believe it could be of help to others in your circle, please share. Wishing you much success.