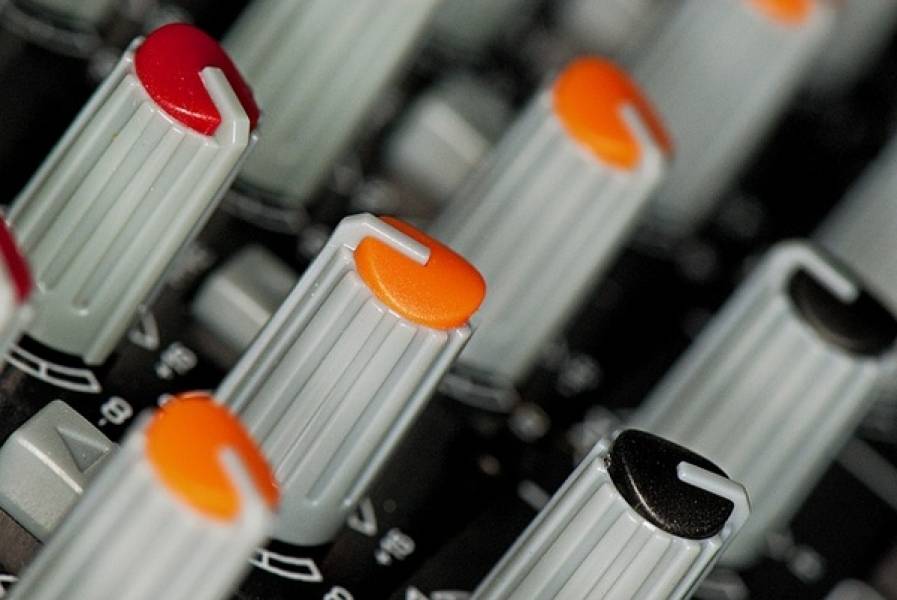 The Tunedly Team
September 26, 2018
Great-sounding vocals are highly important to the overall quality and marketability of a song. Vocals that are clean, clear and well-balanced help pull in the listener and makes the tune more memorable. In the production phase, audio engineers work to create a balanced mix that sounds professional and radio ready.
But it’s easy to get carried away when processing vocals due to the mind-boggling number of effects and settings available in digital audio workstations. When too many effects are used, there are a number of possible outcomes, all of which might not sound pleasing to the ear. If you’re not that experienced at mixing, you could fall into the over-processing trap that comes from having too many toys (effects) to play with. To help you out, here are the main indicators that will let you know whether you’ve gone overboard or not.

A telltale sign of over-processed vocals on a track is the lyrics being hard to make out. If listeners can’t hear the lyrics, the song is bound to fail. Granted, the singing styles and accents of some singers might naturally make it difficult for listeners to fully comprehend what is being sung. “Work” by Rihanna featuring Drake, for instance, was roundly criticized for some of the lyrics not being clear. In that instance, the lack of clarity actually helped to popularize the song, but an artist who is not as famous as Rihanna would probably not have the same luck, whether it was intentional or not.
As long as the diction is good, you want to make sure the lyrics remain audible after you have finished adding effects. If someone listening to your mix for the first time is not able to clearly hear the words, you might need to tone down the frequency, as well as any samples or loops you might be using that are too overpowering.


- Vocals too high or too low

In most genres, outstanding vocals are very important in showing off the artist’s ability to sing. Hence, one of the goals of vocal mixing is to ensure the singing voice is not on the same level with, or lower than, the instruments. Vocals can easily get lost or watered down in digital processing if instrument tracks (for e.g., guitar pedals) or samples used are too way up or too much is used. Reduce and discard as needed to make sure your vocals, while not overpowering the mix, are prominent enough.
At the same time, turning up the vocals too high can lead to distortion, which can also throw off the mix. One exception is Metal, where the vocal track is sometimes allowed to ‘go into the red,’ giving a crackling and buzzing effect that listeners of that genre tend to like.

For your song to have a radio-ready sound, the entire mix needs to sound as clean as a whistle. That’s why audio engineers at professional recording studios spend a lot of time trying to get the vocals just right and eliminate any form of muddiness in the track. The heavy use of effects can cause a low-mid buildup resulting in the vocals not sounding as clear as they should when played back.
It could be that there are clashing frequencies that need to be turned down or the mix needs a high pass filter, or it could be that a certain sound on the spectrum needs to be masked. EQing a muddy vocal mix is a nightmare that many audio engineers face at some point or another, so it might take some fiddling around to get it right. However, not over-processing makes it easier to fix.

Using auto-tune and other vocal enhancements is now commonplace in the music industry. Artists such as T-pain digitally enhance their sound but the vocals still resonate with listeners because it’s melodic. In “Get Lucky” by Daft Punk featuring Pharrell Williams, there is a point in the chorus when things get really robotic, yet it’s acceptable because the rest of the vocals (though enhanced in areas) still sound pretty resonant and human.
With that said, if you’re going to use auto-tune or other vocal enhancements, try to ensure that it’s within the realm of a human voice, or if you’re going for a robotic sound, at least balance out the cyborg-y effect with normal melodic vocals in the rest of the song.


- No emotions in the vocals

Adding embellishments to a vocal mix to make it sound more exciting, as in the Daft Punk example mentioned in the previous step, can be a good thing. But listeners want to feel the emotions of the singer when they are playing a song, especially in genres such as Soul and R&B. That’s how they connect with the message, especially if the song is performed by someone who’s regarded as a vocalist (think Celine Dion, Adele, Mariah Carey, Alicia Keys, et al).
Too many effects can disguise the emotions being conveyed by the vocalist, which will lead to the song, well, not having the intended effect. One way to prevent the loss of emotion due to digital processing is to listen to the raw vocals - when you're not ear fatigued, that is - to truly get the emotion that is being brought across. That way, you can be mindful of it as you proceed to mix the vocals.
When mixing vocals, try to remember that you should only use what's needed; sometimes less is more. And if you're just not getting it right, don't forget that we have highly-skilled and experienced musicians who are always ready to help.