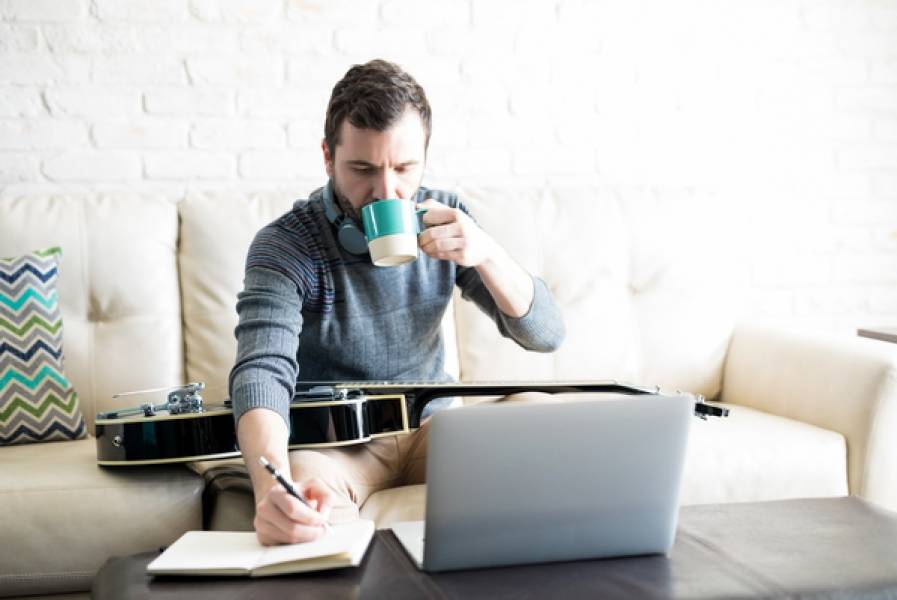 The Tunedly Team
February 13, 2019
Good songwriters often have a lot of tricks up their sleeves so the lyrics for each of their songs don’t get predictable or monotonous. One songwriting technique you can add to your songwriting skills (if you haven’t already) is to write lyrics with dual meanings.
This is certainly not new, songwriters have been writing lyrics with double meanings for a long time. You probably know several songs that contain lyrics with smartly-written lyrics that have dual meanings. Bryan Adams’ “Summer of ’69,” for example, was certainly not about the season. Our blog post about songs with misunderstood meanings also highlights a couple others you’re likely to be familiar with.
But there are tons more out there. The Weeknd’s “Can’t Feel My Face” has been likened to, albeit unconfirmed, the act of taking cocaine. And Rihanna really stepped on the gas in the earlier part of her career when she recorded the thought-provoking lyrics used in the song “Shut up and Drive.” There are many other examples that come to mind as it relates to songs with lyrics that produce ‘ah-ha’ moments from listeners or left many wondering “…is that line really saying what I think it’s saying?” With that said, you can try to add lyrics with dual meanings to your upcoming projects in order to spice things up. And even if you have tried it before, you could still learn a thing or two from the following tips.


Start with a suitable overall theme

Think about what you want the song’s main message to be about before you dive into the lyrics. Most songs containing lyrics with double meanings often have themes about or relating to sex, violence, death, addiction, intense love, or a particular person or place. Whichever angle you choose, the main trick in blurring the line between what you’re saying and what is really being said, is to make it subtle.


Your song’s topic should seem insignificant or innocent

Make the main topic or title of your song one that doesn’t sound typical for a song but at the same time relatable. For example, it could be about a particular type of drink (screwdriver), an electrical device or appliance (toaster), a tool (hammer), or a time of day. The possibilities are endless. Using a topic that seems common or insignificant will cause the listener to underestimate what your song is about…until the lyrics start hitting home.


Include lyrics that have a profound meaning

Songs with dual meaning lyrics aren’t only fun to listen to; the best ones avoid being frivolous by tying in a deeper meaning. A good example of this is “Daddy” by Emeli Sandé, where a casual listen will leave one thinking that the lyrics are about someone who keeps going back to an abusive relationship with someone who is a ‘player.’ However, the song contains lyrics that allude to something else. The lines “Put it in your pocket, don’t tell anyone I gave you” and “It can be your daddy, daddy / if you take it gladly, gladly,” have left listeners speculating that the song is really about drug addiction instead of an actual relationship.

A good song with dual meanings is achieved if it keeps people guessing, even after it has been replayed multiple times. Even if some of your lyrics come close to revealing the true meaning, you can still maintain the mystery by referencing imagery that is literal in meaning to the topic or object of the song. If you manage to do this really well, you could generate major buzz for your song that could even make it become a hit.
Writing lyrics with dual meanings is another form of songwriting art. At the same time, you don’t want to overdo it. Try it every now and then to keep your fans guessing and to create songs that are unique and which will stand out in the market.