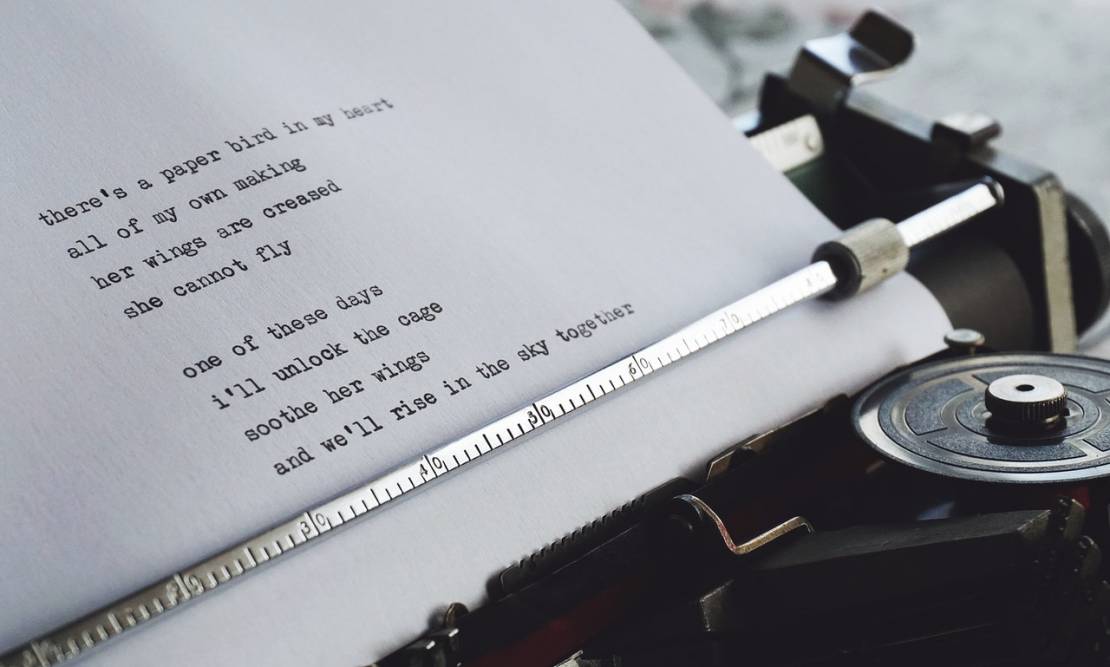 Rhyme schemes are basically the patterns in which sounds are repeated at the end of each line of a song or poem. They are completely changeable and can be different at every line throughout the song. They are also generally a way of defining or knowing which lines of your lyric rhymes with which. Rhyme schemes are one of the tools used in achieving good prosody in a song. Hence every pattern used in arranging rhymes across a song let’s you create a flow that either feels stable or unstable, which is a basic characteristic of prosody in songwriting. So stability will be seen where two lines of lyrics rhyme with each other and have a steady and even flow. This means that the anticipatory feelings that are set by one line are immediately settled and resolved by the next with the same end rhyme. Instability, the direct opposite of course, is portrayed when the lines of the lyric don’t rhyme at all, giving a sense and feel of imbalance and irregularity.

Rhyme scheme patterns are displayed in a very basic notation system that is encoded by letters of the alphabet. If two or more lines rhyme with each other, they are designated with the same letter of the alphabet, with the letters changing alphabetically for a new set of rhymes, while lines that don’t rhyme with each other in an arrangement are designated with an X. So for example, in a four line chorus that has lines 1 and 2 rhyming together, and lines 3 and 4 rhyming together as well, the rhyme scheme for that particular chorus will be AABB. This would mean that the lines denoted with ‘A’ rhyme together, and so do the lines noted with ‘B’. Similarly, when the first and second lines of the song chorus don’t rhyme at all and the third line rhymes with the fourth, an XXAA notation may be used to categorize the kind of pattern the rhyme scheme possesses.

There are many different types of rhymes that can be used by songwriters in their lyric writing: internal rhymes, slant rhymes, eye rhymes, identical rhymes, and more. One of the most common ways to write a string of rhyming lines is to use rhyme schemes composed of shared vowel sounds or consonants. Rhyme is one of the most important tools a songwriter uses to make their work stand out. Rhymes make your song more memorable, while also adding structure and uniformity to your work. They are essentially classic mnemonic devices. Figuring out what rhymes to use and how to use them can be however very tricky.

Rhyming songs don’t have to follow a particular pattern. But for the sake of understanding how rhyme schemes can be used in songwriting, here are some of the popular patterns that exist.

This is one of the most basic rhyme schemes that can be found in a song. They can also be referred to as a coupled rhyme scheme, with the rhymes themselves being referred to as couplets. Here, in a four line lyric or more, the first two lines carry the same end rhyme and the subsequent proceeding two lines each rhyme together. An example can be sighted in the song “Bye bye bye” by NSYNC.

A- Don’t want to be a fool for you

A- Just another player in your game for two

B- You may hate me but it ain’t no lie

B- It might sound crazy but it ain’t no lie

This form of rhyme scheme is very stable and can be very useful in expressing solid ideas and stable concepts. They may also be very great fits for song choruses.

Just as the name already suggests, this is an alternate rhyme scheme in which the first and the third lines rhyme at the end words, and the second and fourth lines rhyme at the end as well. Unlike in the AABB scheme where every two lines gives a form of completion and rhyme at their end, the ABAB scheme gives an equal stability effect while making the four lines sound like one group together. It is an effective method of changing the flow of the song phrases and removing any possibility of a song feeling like it’s built up of couplets alone. It’s mostly used in 4 line lyrics, but can be used for much more lines. An example of ABAB can be found in the verses of Toto‘s “Africa.”

A- I hear the drums echoing tonight

B- But she hears only whispers of some quiet conversation

In this scheme everything rhymes except for the very last line in the verse which often has a completely different amount of syllables from the three preceding lines. This kind of rhyme scheme helps to pull attention and create particularity and emphasis to the last line due to its mismatched rhyme and sometimes length from the others, hence it may also be a great fit for your chorus. An example of the AAAX form can be found in “Fix You” by Coldplay.

A- When you try your best but you don’t succeed

A- When you feel so tired but you can’t sleep

A- When the tears come streaming down your face

A- ‘Cause you lose something you can’t replace

A- When you love someone but it goes to waste

X- What could be worse?

This scheme is only different from ABAB in that the first and third lines do not have to rhyme, just the second and fourth lines. “Let it Go” from Frozen is a great example.

X- The snow glows white on the mountain tonight

A- Not a footprint to be seen

X- A kingdom of isolation

This is a scheme form in which there is a couplet in the middle of a four line piece of lyrics, surrounded by two other lines that rhyme. In this type, the first and the fourth lines rhyme together, while the second and third lines also have the same rhyme endings. It is a very unstable rhyme scheme that gives a feeling of moving forward or continuation in a song.

You are here with me.

As suggested, all four lines rhyme with each other in this kind of rhyme scheme. Adele’s Hello is a classic example.

To go over everything

They say that time’s supposed to heal ya, but I ain’t done much healing.

This kind of scheme can make the lyrics easily seem forced if not properly done, so it’s a very tricky one.

In conclusion, these above listed rhyme schemes are not exactly the only kinds that can exist. But these very common types have been highlighted to give a feel of how they are used in helping generate solid connections between each line of lyrics as you write, and by extension, connections between the intended audience and the song. Any of these forms may be creatively combined in order to express your song correctly. As we always love to note, there are never rules, just tools in songwriting.