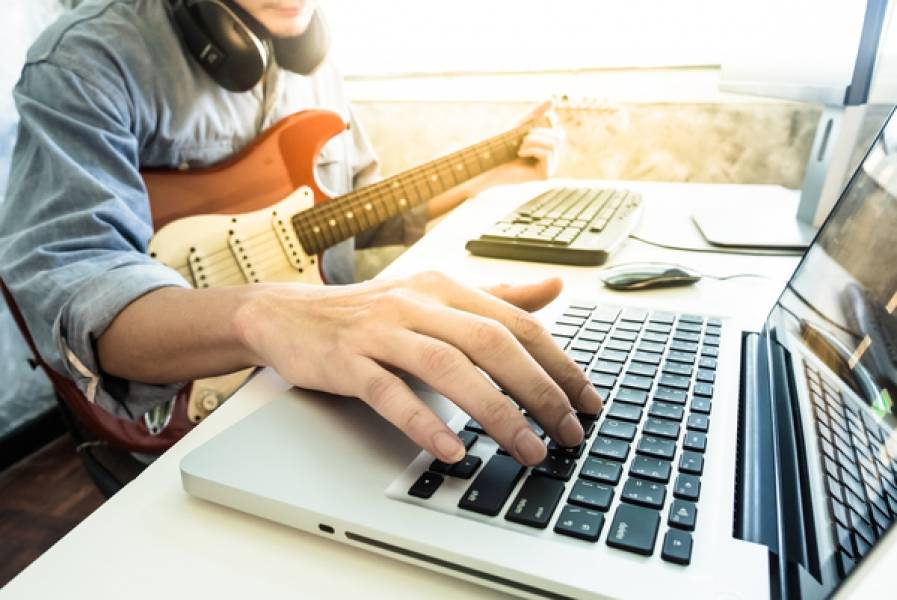 Living Life as a Freelance Musician

The Tunedly Team
March 17, 2019
The music industry is a haven for the freelancing lifestyle. From "hired guns" filling in as part-time band members to "musicpreneurs" trying to turn their skills and knowledge into prosperous side hustles, the career paths of many musicians, for one reason or another, do not entail regular, full-time jobs.
In fact, a 2012 study of musicians in the UK found that 94% of those surveyed do freelance work for all or part of their income. On top of that, more than one-third said they sometimes did other jobs not related to music.
Another study by the Australia Council for the Arts, published in 2017, found that of an estimated 15,400 musicians in that country, at least 80% worked as freelancers.
If nothing else, what such statistics reveal is that it's either difficult to make ends meet the traditional way - creating music to sell and/or performing - or most musicians prefer to not be bound by regular, full-time positions.
Based on how the music business is skewed, with only a handful of artists commanding the major deals, it would appear the first reason might be closer to the mark. Yet, with all its challenges, many musicians entering the industry seem to actively pursue the freelance lifestyle, instead of the traditional route. Maybe it's due to many realizing from quite early how difficult it is to break in the music business. Or maybe it is that some of them initially saw freelancing as a stepping stone, only to get caught up in the lifestyle over the long-term.
Whatever the case, here are 5 reasons why many musicians seem to prefer the freelance lifestyle:


1. It gives a sense of purpose

Like many people in the world of art, musicians tend to feel a strong connection with their work. As freelancers, they tend to have more control over their creative output, whether they are teaching guitar lessons online or doing session work with other musicians. This ability to control the process feels more purposeful than in an organizational setup bound by rules and regulations. That's not to say that freelancers are not professionals; many are quite disciplined with their time and efforts.


2. They can develop multiple skills

A lot of freelancing musicians tend to be multi-skilled, such as being able to play several instruments or the ability to double as producers, engineers, tutors, etc. Often, many entered the field of music with one or two skills and then added others in order to expand their skill sets and become more versatile.

Not having to answer to a boss is probably one of the most appealing and empowering aspects of freelancing, as explained in this interview about life as a freelance musician. As a freelancer, it's easier to choose your own schedules, make up some of the rules, and decide whether to take on a gig or not, knowing you're responsible for whatever consequences. So, while they don't have the cushion of a steady paycheck, not having to answer to one or more people is a welcome advantage of being a freelancer for many.

Sure, the freelancing lifestyle is filled with uncertainty, especially where financial reward is concerned. There might be months that are particularly lean and sometimes there isn't the slightest idea where the next paycheck will be coming from. Still, being a freelancer can feel more rewarding due to a strong sense of personal achievement when a project is finally completed or if they are able to accomplish some major goal (house, car, etc.) from their efforts.


5. The possibility of multiple income streams

In a bid to maximize their earning potentials, many freelancers take on multiple gigs that make it possible to have several income streams. Those who are able to successfully pull this off may end up earning as much as or even more than average, full-time musicians, but this might be the exception rather than the norm.
The freelance lifestyle doesn't seem to be going anywhere anytime soon. And with the music industry having so many different parts, freelancing might soon be viewed as the traditional route instead of the exception.