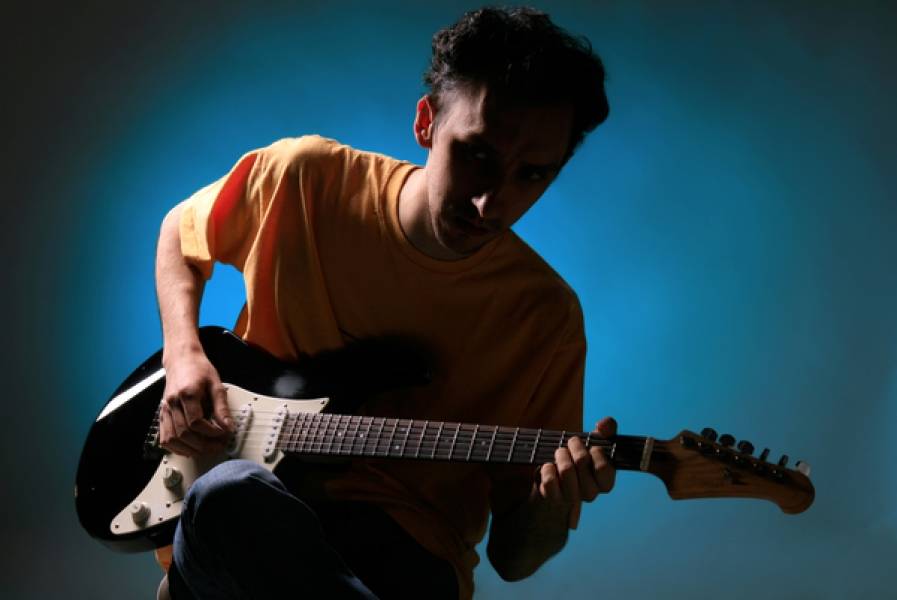 Marrying Lyrics With The Rhythm

The Tunedly Team
June 26, 2019
Becoming a competent songwriter means learning all the tricks of the trade. One aspect of songwriting and composing you are bound to encounter on a continuous basis is that of placing or writing lyrics over a rhythm pattern.
This might sound rather simple and intuitive – and for some musicians, it often comes naturally – but that isn’t the case all the time, especially for beginners. This article is designed to help you identify the main points of matching lyrics with rhythm patterns, so you never get stuck at this phase.

As explained in a previous article about common songwriting terms, rhythm is about the timing of beats. The rhythm, therefore, dictates the timing of your song and how it will cause people to move to it (dancing, nodding, finger snapping, etc.). When it comes on to lyrics, there is also an element of timing. In English, that timing is linked to the syllables in a word and determines where the accent (stress) is placed if the word has more than one syllable.
With that in mind, it becomes easier to know which parts of a lyric should match up to what point in a rhythm pattern. Syllables that are accentuated the most should match up with the strongest beats of the rhythm as the song progresses…which brings us to the next element of the process.

Every line in a piece of music has a meter count that pretty much revolves around the number of syllables it contains. The meter gives the rhythm pattern, and the overall song, direction. In addition, it establishes what repetition a listener can expect when experiencing a composition. There are a number of meter counts that are used in modern songwriting, with one of the most common being 8,6,8,6.
This is a four-line sequence and suggests that the first and third lines contain eight syllables while the second and fourth have 6. Within the 8-syllable lines, you will often have four that are stressed and four that aren’t (4/4). So, the rhythm would have four lows and four peaks as it progresses. Likewise, in the 6-syllable lines, you will usually have three that are accentuated and three that aren’t.
Tons of songs use this common meter count, which is known as Iambic among music aficionados. Queen’s “We Are The Champions” and Christina Perri’s “A Thousand Years,” are but two popular examples. It is also abundant in hymns and older songs. There are several other meters used in modern music but since it is among the simplest, it’s a great starting point for anyone trying to get better at matching lyrics with rhythm patterns.
As mentioned earlier, placing or writing lyrics over a rhythm pattern will come intuitively to most musicians, including lyricists and those who venture into some amount of production work. It also might come naturally with the type of song being written. Of course, there is nothing wrong with “playing it by ear” if that works for you. In any event, paying attention to your syllable stresses and major beat points in the rhythm will help you to become good at it, regardless of the type of song (fast, slow, mid-tempo) you decide to make or the genre you are creating in.


WE HELP SONGWRITERS MAKE MUSIC AND GET PUBLISHED. LEAVE IT TO US. CHOOSE YOUR MEMBERSHIP NOW AT TUNEDLY.COM