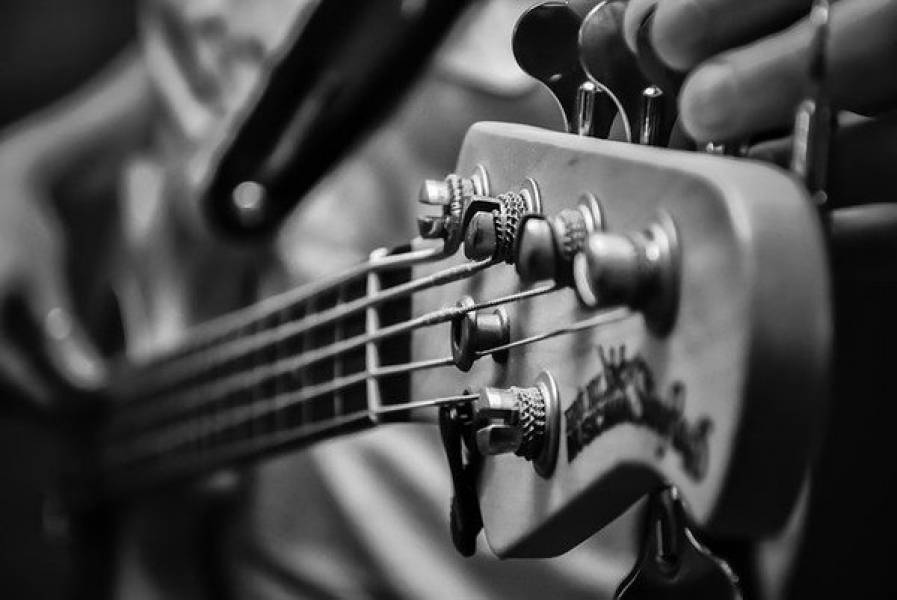 The Tunedly Team
April 29, 2020
When it comes on to young artists on the verge of making it big, Ryland James is one of the most promising acts on the scene. The young singer-songwriter from Deseronto, Ontario, has managed to win the hearts of many pop fans in his home country and abroad, especially since releasing several original songs. Already, he has got tongues wagging with the singles “Good To You,” “In My Head,” and “Say Goodbye.”
Ryland’s breakout success was predicted to take off in the year 2020. That march to stardom has somewhat been challenged by the COVID-19 pandemic. However, Ryland is doing his best to keep top of mind with his current fan base even while attracting new music lovers.
As a seasoned music company, we have been hearing about Ryland for the past few years. Our decision to do this article was bolstered by a number of readers mentioning him in comments about young songwriters currently making waves in the music industry, and who they would like to hear more about. As a platform geared towards supporting and engaging music creators, we feel it is our duty to highlight people whose works are relevant to our core audience. That’s why we have done features on stars such as Ne-Yo and David Bowie, as well as people who excel in different areas of music production.
Ready to hear more about Ryland James? Let’s go.
Up close and personal
Born Ryland James Clark, the 20-year-old decided to drop his last name in order to prevent being confused with Rylan Clark-Neal, a popular English TV host. Both his parents are sportspeople – they are professional hockey players – which initially resulted in Ryland getting involved with a number of athletic activities during his time in school. However, as his parents have admitted, James has always been more interested in music.
Indeed, it is said that he started singing almost as soon as he could talk. This passion for the craft was further helped by his grandmother, who often played gospel songs on the piano while little Ryland sang along. By the time he was 10 years old, he knew he wanted a career in music. That revelation came about after watching an episode of Britain’s Got Talent where he saw a kid his age performing “Who’s Lovin’ You” by The Jackson 5. He was inspired to perform same for his family as well. They loved his singing and it became obvious that he was destined to do music.
Throughout his teen years, Ryland James immersed himself in music while juggling school work and sports. He did everything from posting cover versions online to performing at local festivals, school events, and hockey games. Adele, Shawn Mendes, and Sam Smith are among his favorite artists to cover, although he lists Michael Jackson among his earliest influences. Over time, he developed a decent online following, in addition to catching the ears and eyes of some important people.
In 2017, Ryland was singled out as “One to Watch” by Entertainment Tonight Canada. The same title of "Artist to Watch" was bestowed on him by KISS 92.5 Radio in the summer of 2019 and Amazon Music included him on their 2020 “Artists to Watch” list later that year.


HIRE OUR PROFESSIONAL SESSION MUSICIANS FOR YOUR NEXT SONG. TUNEDLY MAKES CHART-TOPPING SINGLES, YOUTUBE HITS, OR 'JUST BECAUSE.'

2019 was actually a breakout period for Ryland. It was the year he managed to catch the eye of renowned music manager Chris Smith, who also happens to manage Alessia Cara. Things proceeded pretty quickly, with Ryland being signed to 21 Entertainment, which is affiliated with Universal Music Canada. In addition, he got the chance to open for Cara, who is a favorite artist of his as well, and he has been able to work on his songwriting skills.
Ryland's style includes a rich mix of mellow pop and groovy soul, which are anchored in his gospel music roots. The songs he writes express a poetic undertone and they are uplifted by his ability to sing with a lot of passion. And though he might be relatively new to the songwriting game, he has quickly benefited from the power of collaboration, a practice that we endorse quite a bit here at Tunedly. In writing the songs for his upcoming debut album, he got the opportunity to co-write with a number of experienced songwriters.
He admitted in a recent interview with KISS 92.5 that he was relishing the chance to learn how to write songs and play the guitar and piano. “When all I could do was sing, I didn’t even understand how a structure of a song worked. Once I started to learn chord progressions and melodies and what all the different parts were and basic music theory, I was able to start writing. I especially took inspiration from Tori Kelly at that time with her songwriting and guitar playing. It was the instrument that helped me get into songwriting.”
What’s next for Ryland James?
Despite the Coronavirus outbreak putting a damper on the overall industry, Ryland has still managed to give his fans music to keep them entertained. He released the song and music video for “Shoulder To Cry On” back in February, which has been on blast online and offline.
Ryland’s fans can also look forward to the release of his debut album, which is due sometime in 2020. Like many musicians, he also can’t wait for the Coronavirus outbreak to be halted so he can get back to doing what he does best – performing for his growing fan base. We certainly wish him all the best!


HIRE OUR PROFESSIONAL SESSION MUSICIANS FOR YOUR NEXT SONG. TUNEDLY MAKES CHART-TOPPING SINGLES, YOUTUBE HITS, OR 'JUST BECAUSE.'