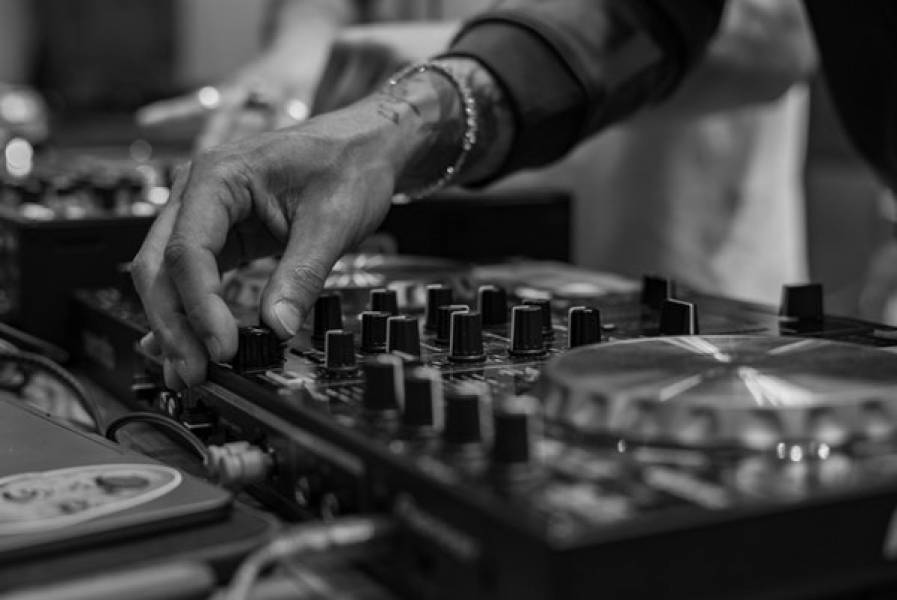 By now, the origin story of Happy Perez is known far and wide. For those who may not have heard it as yet, Perez began his producing career with just a $20 Casio keyboard. His mastery of that modest instrument drew the attention of Master P at No Limit Records in the late 1990s, and he has not looked back since.
Over the years, Perez has proved himself to be one of the most prolific songwriters and music producers in Houston. His achievements include writing and producing Billboard charting hits for various hip hop and R&B stars. Chamillionaire, Baby Bash, Frank Ocean, and Kanye West are just a few of the many acts that have benefited from Perez’s immense talent. In the process, the Houston native has snagged quite a few awards, including Grammys.

If you followed Southern rap music for some time, you would probably have heard the term “chopped and screwed.” DJ Screw was the man who invented the technique, which has resulted in many labeling him “The Originator.” Before his untimely death in the year 2000, DJ Screw chalked up an impressive resume, laying down hits for numerous hip hop stars. The list includes Slim Thug and Three 6 Mafia. His style has continued to live on, with popular acts such as Drake sampling his work over the years.

Born Leroy Williams, Mr. Lee is considered a super producer in many circles. That’s not surprising considering what he has achieved in the hip hop and R&B genres. During the late 90s and into the 2000s, Lee had a hand in chart-topping hits for the likes of 2Pac, Paul Wall, Scarface, Mary J. Blige, and Jay-Z. He also helped elevate the Houston brand of hip hop that became ubiquitous on American radio in the mid-2000s. At the same time, he has done work on several albums that sold gold or platinum.

Mike Dean is not only one of the most decorated music producers Houston has produced, but he is also one of the longest-serving. He has been making hits for over 20 years, having come to prominence in the 1990s. But he has been involved in music since at least the 80s when he reportedly helped Selena develop her vocal talents.
Dean’s discography reads like a "best-of" Billboard chart and he has won several Grammys and other major awards. His long list of great songs includes projects with the likes of Madonna, Scarface, Jay-Z, Christina Aguilera, Beyoncé, Frank Ocean, Travis Scott, and The Weeknd. Oh, Dean has also worked on every Kanye West album. He is also made music for himself, most recently releasing an album called 4:20 on, you guessed it 4/20.

Like DJ Screw, Slim K first gained prominence for his mixing skills. In fact, he labels his unique style “Chopped, not slopped” and has used it on many R&B and hip hop records over the years. Among the stars that have experienced his work, include The Weeknd, Travis Scott, Frank Ocean, and Young Thug. As a member of The Chopstars, Slim K has also, more recently, worked on mixes for several Afrobeat artists.

Originally a well-known Houston-based DJ, Michael “5000” Watts stepped into the music production ring in the late 1990s when he set up his own Southern label called Swishahouse. This was in direct response to the growing popularity of “chopped and screwed,” made famous by DJ Screw. Watts’ operation relied heavily on the technique and soon struck it big, landing hits with the likes of Paul Wall and Mike Jones among other acts who achieved hits from their association with Swishahouse.

Since meeting in 2004, this duo of music producers in Houston has been functioning as a single force. Describing themselves as brothers, the two, who are multi-instrumentalists in their own rights, have become a formidable beat making force. To date, they have landed a number of hits with Paul Wall, Slim Thug, and Z-Ro, among others. The two also enjoy musician work on the road, and have performed live as a two-man band, as well as graced the stage regularly at the famous SXSW annual show.