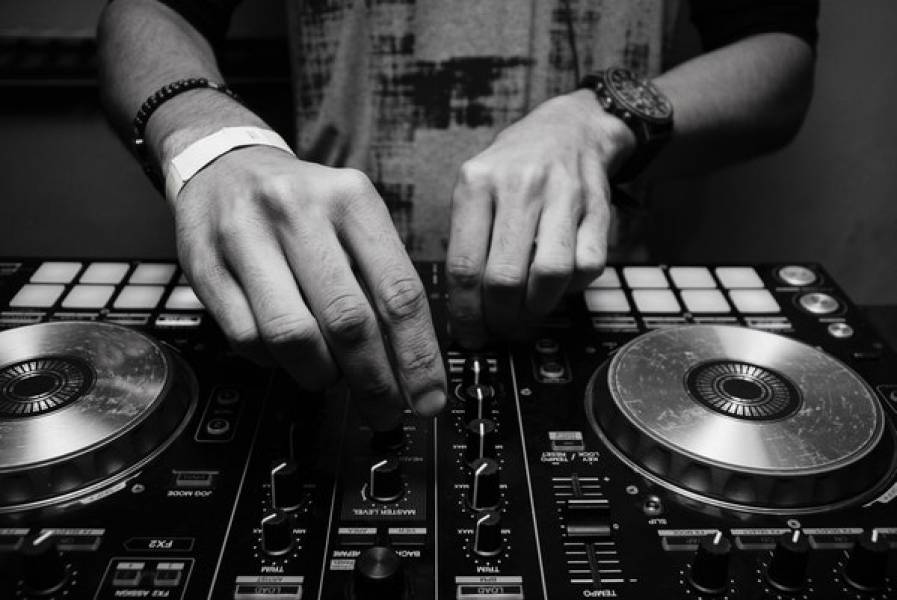 The Tunedly Team
January 16, 2020
New York is recognized as one of the music production hubs in the United States. This is especially true for the hip-hop genre, which has seen some of its biggest stars emerge from the city nicknamed “The Big Apple.” For music creators trying to connect with a music producer, New York-based, and with good credentials, it is not very difficult. A quick Google search for music producers from New York will return numerous results. However, there are some who are highly sought after due to their past exploits. This article will look at a few of the most well-known music producers who call NYC home.

Like a few of the music producers on this list, DJ Premier is not originally from New York but has made the city his musical home. In the process, he has had a hand in a stunning array of hits by many of the who's who in hip hop. These include credits on songs by KRS-One, Nas, Jay-Z, Rakim, Snoop Dogg, Fat Joe, and Ludacris.

Easily one of the most prolific young producers, Dot da Genius (real name Oladipo Omishore) has been quite busy since appearing on the music scene. The 33-year-old New Yorker is best known for producing the hit “Day ‘n’ Nite” for Kid Cudi, an artist who is also his friend and collaborator. Dot da Genius has collaborated with numerous artists and owns the record label HeadBanga Muzik Group.

One of the few female record producers in New York – and the wider music community, for that matter – Ebonie Smith has made a name for herself through her audio engineering work, particularly with Atlantic Records. The Grammy-certified music producer has credits on projects by a diverse array of artists, including Charlie Puth, Jimmy Fallon, Janelle Monáe, Lauryn Hill, and many others. Ebonie is also a singer-songwriter of note, a Forbes 30 Under 30 nominee and the founder of Gender Amplified, which seeks to empower women and girls in the field of music production and audio engineering.

Another on the shortlist of noted female music producers in New York, Crystal Caines has managed to rack up an impressive resume since entering the music scene. The Guyanese-American’s credits include production work on hits by A$ap Ferg, Skrillex, BIA, and more. At only 28 years old, the producer, who is also a songwriter and artist, seems set to have a long and fruitful career ahead of her.

Although born on the West Coast in the state of California, The Alchemist has achieved near-legendary status as a hip-hop music producer in New York. His work includes hits by famous rap acts, Mobb Deep, Nas, and Jadakiss in the 1990s. In more recent times, The Alchemist has had a hand in many projects put out by Kendrick Lamar, 50 Cent, and Rick Ross.

The many musical exploits of Sean "P. Diddy" Combs makes it easy to forget that he is a record producer of massive proportions. Ranked as one of the most powerful figures in rap music, Diddy has produced or co-produced some of the biggest hits from artists as diverse as Mary J. Blige, the late Notorious B.I.G., Jennifer Lopez, and even Aretha Franklin.

Considered one of the most innovative hip-hop music producers from New York, Pete Rock has solidified his status as one of the city's best. One of his trademarks includes incorporating jazz samples into beats to create lush, interesting sounds and being a master of remixes. Including his own music, his talent has graced hits from numerous big-name artists, from Notorious B.I.G. and Run DMC to Busta Rhymes and Ghostface Killah.

Highly rated and respected in the hip-hop and wider music community, RZA (real name Robert Fitzgerald Diggs) helped establish the genre as a major force while helming the famous Wu-Tang Clan. Since the 1990s, the acclaimed New York-based music producer has helped bring to life the vast majority of musical creations put forth by Wu-Tang, even while branching off into acting and directing.
Conclusion The music producers on this list represent much of the past, present, and future of the musical legacy of New York, and deserve all the praises they get. However, for the vast majority of music creators, they remain out of reach. For songwriters and musicians looking for some of the urban flavors music producers in New York tend to be known for, it is worth noting that Tunedly remains the most suitable alternative.