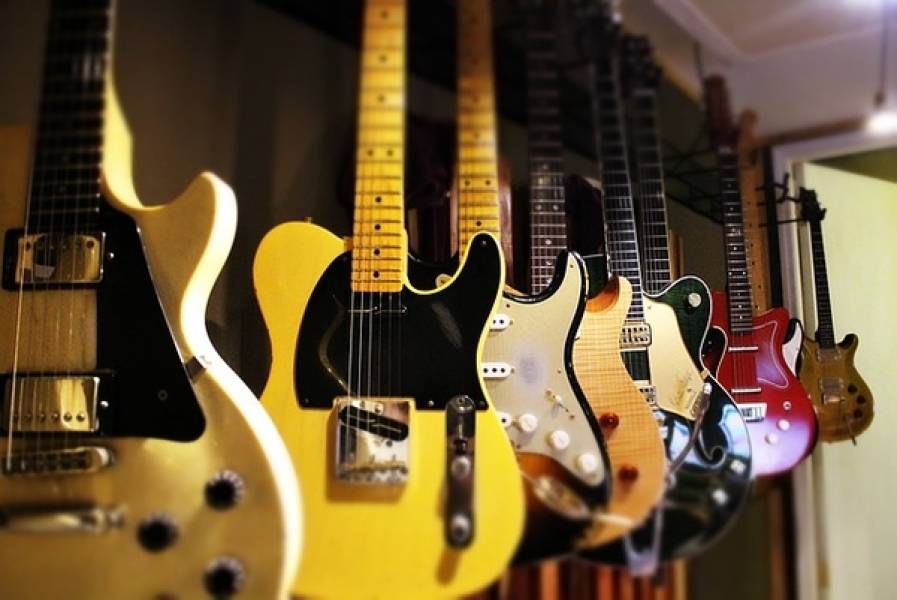 The Tunedly Team
March 19, 2020
As far as famous music cities go, Nashville in Tennessee is among the most noted in world history. Not only is Nashville home to the revered genre of Country music, it is also the place where some of the world’s most celebrated artists were either born or discovered. Think Johnny Cash, Elvis Presley, Tim McGraw, and Pat Boone. And that’s just the tip of the iceberg. A close second behind these great artists are the music recording studios in Nashville where much of the magic is made.

One of the newer music recording studios to be set up in Nashville, Sound Kitchen Studios has quickly caught up with some of its most historic counterparts. It was launched in 1994 and wasted little time in establishing itself as a place for hit music and a popular event venue. The facility offers both analog and digital recording options, as well as cutting edge equipment to help music creators sound their best. The studio caters to a variety of genres, including country, R&B, and alternative rock music. Among its impressive list of clients include Taylor Swift, Keith Urban, Backstreet Boys, Katy Perry, Amy Grant, and many others.

From one of the newest to one of the oldest…RCA Studio B is laden with history. In fact, it is one of the important landmarks credited with honing the famous “Nashville sound.” Many innovations in sound recording came about at this historic recording establishment, which was founded in 1957. Although a country music powerhouse, RCA Studio B also recorded hits with a number of sock musicians. Iconic artists who passed through the doors of this foundation Nashville music recording studio include Dolly Parton, Roy Orbison, Elvis Presley, and Connie Smith.

Previously known as Sound Stage Studios when it was opened in 1970, this studio has changed hands a few times over the years. Its last update was being renamed to Black River Entertainment in 2010, which included an overhaul of the studios and offices. In between, the music studio helped revolutionize the Nashville and became a Music Row staple. Shania Twain, Reba McEntire, Jimmy Buffet, and Jerry Lee Lewis are among the many music stars who have recorded here.

Ocean Way resulted from an old 1911 church being converted into a state-of-the-art music recording setup in 1995. Operated by Belmont University since 2001, Ocean Way Nashville has become an integral part of the Nashville music scene. Blake Shelton, the Spice Girls, and Luke Bryan are among the hit makers who have utilized this studio. However, Ocean Way is also a recording studio of choice for producers of movies and video games. Popular titles such as Call Of Duty Black Ops 3 and FIFA 2016 are among those that had their scores recorded here.

Awarded the Top Music Recording Studio in 2015, Omnisound Studios has a long history of excellence as a landmark on Music Row. It was originally built by the American Federation of Musicians in the mid-1950s for music practice. However, several changes of hands later, it became a full-fledged music recording studio in Nashville and has been a standout facility since. A number of music stalwarts have helped it keep up the tradition as a leader in music recording, with Faith Hill, Lionel Richie, Jewel, Beyonce, and Blake Shelton among its clientele.

With its location in downtown Nashville, The Tracking Room has carved out its own niche in the competitive musical landscape surrounding it. The studio was set up in the 1990s and gained traction due to its impeccable design. With NASA-designed doors to eliminate sound leakage and leading-edge equipment, the building is reputed for its dynamic acoustic aura enjoyed by users. It is also the largest music studio in Nashville and has hosted some of the biggest names in the business, including Bon Jovi, Barbra Streisand, The Beach Boys, Chet Atkins, Kenny Rogers, and Vanessa Williams, among many more.

Started in the 1950s, this studio has added significance as the one that laid the foundation for what would later become the iconic Music Row. A creation of producer Owen Bradley, Columbia Studio A would go on to become one of the places where the Nashville sound was crafted and refined. Over time, many legends passed through its doors, leaving behind a trail of hit records. The song recording studio did fall on some bad times. However, its strong legacy was not to be ignored. It was restored to its former glory between the years 2007 and 2014 and has picked up where it left off. Patsy Cline, Johnny Cash, Bob Dylan, and Ray Price are among the numerous music greats who have used the Music Row staple over the years.

Owned by songwriting and music producer duo Larry Sheridan and Robin Ruddy, Parlor Studios is another of the newer generation music recording studios in Nashville. It was launched in 1999 but has become a powerhouse for hit music projects. Praised for its innovative design and tasteful decor, The Parlor has also been linked to several Grammy-winning records. Past clients include the likes of Vince Gill, Amy Grant, Rascal Flatts, and Ron Oates.

The youngest on the list, this facility is not your traditional Nashville music recording studio. It was built with modern sounds in mind by musical couple John McBride - a sound engineer - and Martina McBride, herself a country star. Comprising nine studios and an audio academy, Blackbird has been shaking up the music scene in the city with its emphasis on providing exceptional audio quality. Moreover, it appeals to a more contemporary crowd and has welcomed the likes of Black Eyed Peas, Avicii, Evanescence, and Lady Antebellum into its recording rooms.

This studio has one of the most unique backstories of any recording facility in Nashville. The building boasts a secret passage that was created exclusively for Elvis Presley when it was launched in 1974. As the story goes, Presley wanted to be able to enter the music recording studio in secret, so he could avoid being mobbed by fans. But as fate would have it, he died before getting a chance to use the passage or even record at the studio. Lots of other musicians have, however, utilized House of David Studios for their music projects. BB King, Willie Nelson, and Tom Jones are just a few of the musical luminaries who have recorded at this legendary Nashville recording studio.