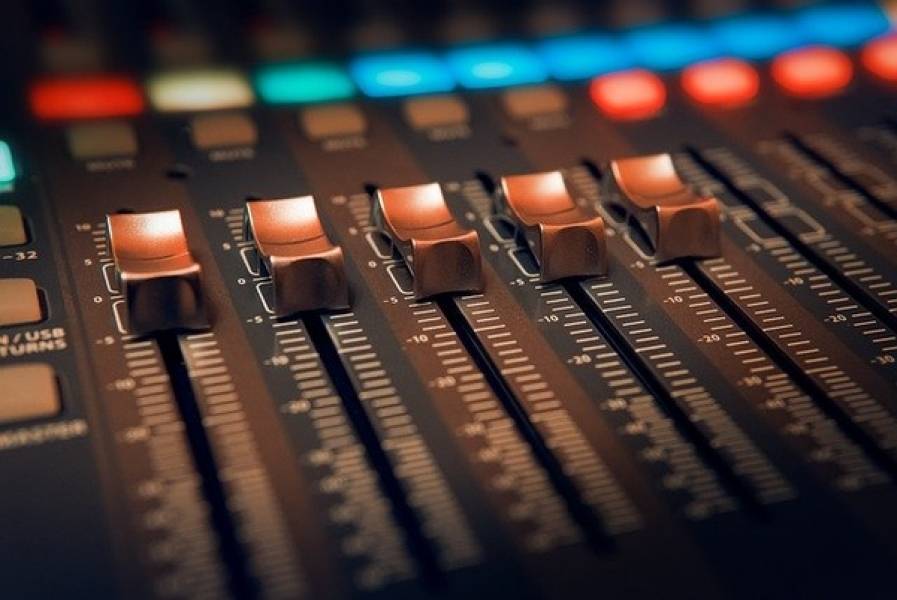 The Tunedly Team
February 26, 2020
When it comes on to famous recording studios, New York is home to some of the most legendary. If you are visiting the Big Apple soon, or actually live in the city, and wondering about great pro recording studios where popular artists go to lay down a track or too, stick around. Below are six of the music recording studios New York is famous for.

Built by by the late great Jimi Hendrix in 1970, Electric Lady Studios stands as one of the most iconic recording facilities still in operation in New York. Hendrix only used the studio for 10 weeks after its opening before he died. However, his memory and magic of the atmosphere at Electric Lady has attracted many big names over the years and it has been responsible for numerous hit songs and albums. These include D’Angelo’s Voodoo, Patti Smith’s Horses, and Combat Rock by The Clash. Most recently, Lady Gaga had the track for her Grammy-nominated hit “Shallow” produced at Electric Lady. Artists such as Miley Cyrus, Coldplay, Lorde, and Mark Ronson are among the many notable acts to have been through its doors in recent years as well.

Reading the client list of Premier Recording Studios, is like going through a compilation of the who’s who in popular music. Beyonce, Ne-Yo, Wiz Khalifa, Public Enemy, Aaliyah, Usher, DMX, Nelly, and Justin Bieber are among the long list of acts who have laid down tracks at Premier. Occupying two floors at 723 7th Avenue in Times Square, the facility consists of four main rooms, Studios A, B, E, and F. In recent years, it has gone through upgrades and refurbishment and is fitted with some of the latest equipment in sound recording and engineering. In addition to being a landmark song recording studio in New York, Premier also offers seminars, which gives upcoming musicians the opportunity to learn from top music producers, songwriters, and engineers.

Launched in 1997, Threshold Recording Studios prides itself as a customer-focused, hands on facility that appeals to a youthful market while being multifaceted. Located in the Hell’s Kitchen area, it is constantly in demand, helping to bring to life a variety of projects, from music recordings and podcasts o voiceover sessions and audition tapes. As a song recording studio in New York, Threshold has brought to life projects for the likes of Cyndi Lauper, Foreigner, Collective Soul, The Strokes, Duran Duran, and many others.

Built in a building that actually housed a power station (a consolidated Edison power relay plant), this music studio in New York has been responsible for an astonishing amount of hit music over the years. It was built in 1977 by partners Tony Bongiovi and Bob Walters and has been rebranded in recent years to become Power Station at Berklee NYC. As one of the most decorated recordings studios New York has in its borders, Power Station has been responsible top-selling albums from the likes of Bruce Springsteen, Madonna, Bob Dylan, John Lennon, Billy Joel, Bon Jovi, Aerosmith, and many more. In addition, the studio has been praised for its acoustic design and won many awards for audio excellence.

Another recently renovated music recording studio in NYC, Quad continues the rich music legacy the city has been known for. The facility boasts some of the most cutting-edge equipment and a cushy design that allows users to explore their creativity to the fullest. Famous for being the studio where Tupac Shakur was robbed and shot in 1994, Quad is also the home of a large amount of hit music. Popular artists to have passed through its doors include Lil Wayne, Kendrick Lamar, 2Chainz, Beyonce, Migos, and Sam Smith. Quad Recording Studios shares the same Times Square building with Premier Recording Studios but is located on the 10th floor.

One of the youngest music studios on the list, Platinum Sound Recording Studios was founded by famed musician Wyclef Jean and Grammy-winning producer Jerry “Wonda” Duplessis in the year 2000. That amount of star power is partially responsible for the caliber of talent that has passed through the facility. Among the acts who have used Platinum include Lady Gaga, Justin Bieber, Chris Brown and, of course, Wyclef Jean himself. The studio is also known for its brilliant design and consists of three main studios: J, K, and the Penthouse.