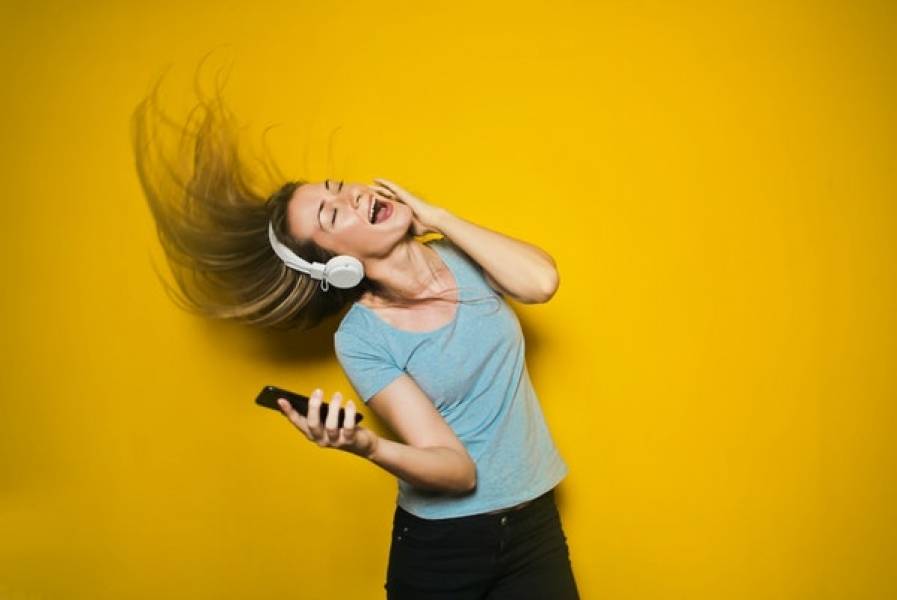 Music to Your Ears

The Tunedly Team
September 02, 2020
Most people hear or listen to music every day. It can be from plucking a string, striking a key, putting on headphones, experiencing playback through an open speaker, or even attending a live musical performance. Whatever the case, consuming music seems a natural part of the human experience. We do it without even thinking about the process.
As simple as it might seem, a number of things have to happen before we can hear a single musical note - or anything else, for that matter. It’s just that our brain does such a quick job of executing all the steps, so it seems automatic and seamless. In fact, the time it takes for you to read this entire article, the roundtrip journey of music to your brain could have been completed thousands of times while listening to a single song or short composition, depending on how many notes and/or words it is made up of.
How does it all work? For a better understanding, it is helpful to look at the journey of sound to the brain.


How sound is captured by your ears

You probably learned how hearing works back in middle school or from a musical experiment. But like most of us, you have likely forgotten much of what was taught. For starters, the ears are extremely unique organs, made up of several parts that constantly work to transmit sound waves to the brain.
It all begins with the outer ear or ear flap. That’s the part of your ear that is visible to everyone. Its weird shape allows it to catch sound waves passing nearby. From here, the sound waves are passed along a narrow passage – known as the ear canal – to the eardrum. This tiny organ vibrates when sound waves touch it and, in turn, passes on the vibration to three tiny bones in the middle ear. These bones are known as the hammer (malleus), anvil (incus), and stirrup (stapes), and serve the purpose of amplifying the sound vibrations they receive and passing them on to the cochlea.
At this point, the sound has traveled only about half the journey, so you still haven’t completed the cycle of hearing the sound as yet. Next, the cochlea must process the sound waves it receives. The pea-sized cochlea has the shape of a snail and contains a special fluid that further produces waves via a rippling effect when the sound is received. Also inside the cochlea are bundles of hair-like cells known as stereocilia. Now, this is where things get even more interesting.
When the hair cell structures interact with the sound waves, they convert them to electrical impulses. It should be noted that all hair cell structures do not respond to the same sound waves; there are different hair cells that react depending on the frequency of the detected sound. Those at the highest part of the cochlea pick up sound that is of a very low pitch, while those at the bottom detect the highest-pitched notes, such as those from a violin or piccolo. Between the top and base of the cochlea are other hair cells, which pick up sounds between high and low pitch.
Regardless of which hair cells are activated, the electrical signals they create are passed to the auditory nerve, and from there, to the brain. It is now your brain's job to interpret the sound it has received.


How your brain interprets sounds

Up to this point, the ear has done the job of capturing the sound waves and converting them to electrical signals. But you still have not “heard” anything as yet because the sound has not been translated to tell you the type of sound and what it means. The brain’s job is to help you learn whether you are hearing the sounds of a piano playing, a vocal impression, a hip hop beat, a mean guitar riff, or a psychedelic EDM mix. In short, it is at this point that you understand what you are listening to and how to respond.
How does the brain carry out this function? It does so by way of what are called neurons. Your brain is made up of billions of neurons that are constantly sending and receiving signals via electrochemical means. As it relates to hearing music, parts of the brain’s cerebral cortex known as the temporal lobes take care of this. These lobes contain neurons that play the role of discerning different sounds.
They are situated, ideally, just behind your ears, and work to analyze the contents of a sound wave. One part is tasked with deciphering speech (such as vowels), including what a song lyric is actually saying, while the other works to differentiate rhythms, such as in an instrumental piece.
And that is how you get to hear and interpret the music you are hearing or actively listening to.
The next time you hear your favorite song or piece of music, think of all the interactions taking place in a seemingly simultaneous manner, as each note leaves the source and enters into your "ear space." Mind-boggling, isn't it?