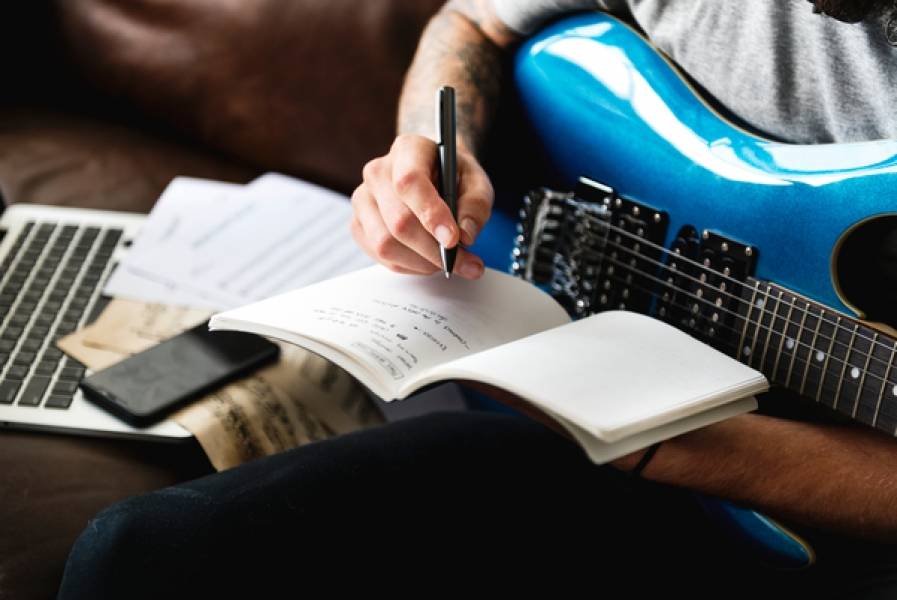 The Tunedly Team
February 27, 2019
It’s true that there is no wrong or right way to write a song. However, for songwriters looking to make an impact with their music, it’s a good idea to pay attention to the changing trends in songwriting in order to be in sync with listeners’ expectations.
Whether it’s R&B, Rock, or Country, the way songs are written tend to change. For instance, in the past few years, country music songwriters such as Kacey Musgraves have markedly changed what a country song is supposed to sound like. In addition, studies have shown that pop songs have become sadder in tone and are also more fast-paced than they were several decades ago.
So, which songwriting trends do you need to be aware of in the current musical landscape?
Here are a few to keep in mind the next time you sit down to create a song.


The resurgence of acoustic instruments

This might have more to do with the recording and production of the song, but the decision to go back to acoustic instruments is sometimes influenced by the songwriting process. On top of that, many songwriters get their songs started by playing a few chords on a guitar or piano. With that said, the acoustic guitar, in particular, has been featured in more and more mainstream songs in recent times. In fact, the two songs with the most views on YouTube, "Shape of You" and "Despacito," both feature the acoustic guitar. If you would like to have the sound of the acoustic guitar, or any other instrument track included on your next song, the Tunedly team can help.

Multiple songwriters on one song

This trend has been around for several years now but it has gotten even more popular. To that end, it appears that more than half of the songs making up the Billboard Top 10 chart, at any given time, have five or more songwriters being credited. It follows that more and more songwriters are deciding to co-create and there are several reasons for this. To begin with, different songwriters have different strengths; some are better at creating melodies, some have a knack of coming up with catchy song lyrics, while others are more skilled in refining and editing the finished product.


Decline in use of the millennial whoop

The millennial whoop itself is a trend that blew up in the previous decade. A ton of songs that entered the charts contained the catchy millennial whoop, including numbers by Katy Perry, Chris Brown and Carly Rae Jepsen. It made these songs hard to forget but it was also considered annoying to some people who became aware of it. Regardless of its impact, less and less songs are featuring the millennial whoop nowadays, so you might want to keep that in mind if you'rethinking about a melody with the familiar "oh/oh/oh" whoop.

Nowadays, there also seems to be a tendency to stretch songs out beyond the standard three minutes and thirty seconds. The single version of "Girls Like You" by Maroon 5 featuring Cardi B, for instance, is five seconds shy of four minutes, while "B'ood Up" by Ellai Mai maxed out at four minutes and sixteen seconds. In addition, some songs are even taking longer to get to the chorus than the recommended 60 seconds. That doesn’t mean they are boring; some of these songs keep listeners interested with their variating chord progressions and mini hooks.
Do you pay attention to songwriting trends when creating songs, and are there any other trends you have noticed? We invite you to share this article if you found it interesting.