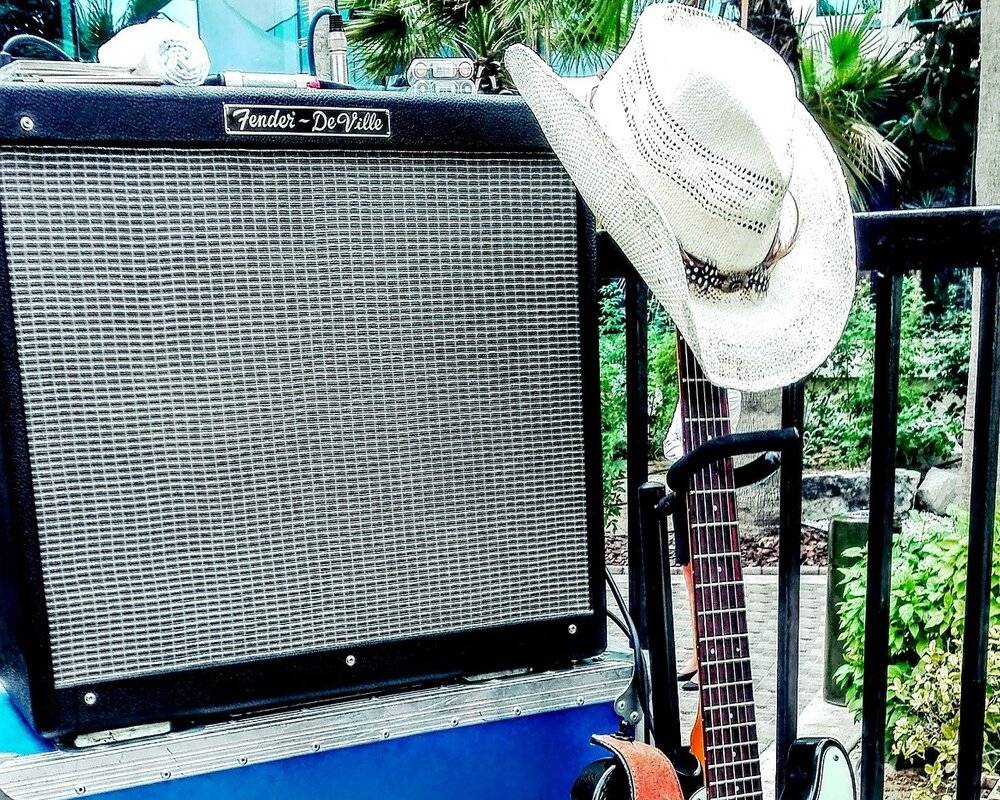 Country music is among the top music styles in the world. But when people talk about the genre, the focus is usually on some of its legendary icons - Kenny Rogers, Willie Nelson, Johnny Cash, Loretta Lyn, Patsy Cline...just to name a few. Superstars such as Tim McGraw, Blake Shelton, Faith Hill, Billy ray Cyrus, Reba McEntire, and a few others have managed to become household names as well.

With Country music constantly evolving, what does its future look like? Well, it seems pretty bright. Young, passionate singers, songwriters and musicians who have been influenced by this folk music genre are creating refreshing music that continue to keep the genre relevant. Below are 10 country musicians born in the 80s or later who are taking the genre into the future.

Jonathan Ryan Pardi writes, produces and performs some of his own music. The triple threat, signed to Capitol Nashville, is a renowned artist from Dixon, California. He is particularly revered for his neo-traditional style, which was clearly highlighted in California Sunrise, one of his three studio albums. This album became number one on the Top Country Albums chart and debuted at number 11 on the US Billboard 200, The chart-topper, his only one to date, incorporates traditional elements of country music while still adhering to the modern template.

This country music singer-songwriter was born and raised in North Carolina but moved to Nashville Tennessee to launch his career. He entered the scene with his EP, The Way She Rides, in 2014. In 2017, when Combs released his debut album, This One's for You, he made the number four spot on the Billboard 200. The deluxe version of this album, released in 2020, debuted at number two on the all-genre Billboard Hot 100 chart. This is the highest achievement for a new release by a male country solo artist. Combs also made history as the first country singer to top the Rolling Stone’s Top 200 Albums chart, Top 100 Songs chart and Artists 500 chart all in the same week. He's also the first country music artiste that has topped the Artists 500 chart. The New York Times dubbed Combs as "the most promising and influential new country star of the last five years." The young multiplatinum artist has received awards such as Academy Of Country Music Awards (ACM), Country Music Association (CMA), Country Music Television, Inc (CMT), and Billboard Music Award since the launch of his career. Recently, he also broke a Taylor Swift record by becoming the first artist to have their first two studio albums spend 25 weeks or more at #1 on Billboard’s Top Country Albums chart. His glorious rise to fame is no surprise as he performed at various events while he was still a child.

This Texas-made country music singer and songwriter officially launched her career in 2001 at the age of 18 with the launch of her self-titled, independently released debut album. Lambert, who started out singing and playing the guitar at an early age, rose to popularity after placing third on the 2003 season of the American reality television singing competition, Nashville Star. Out of this competition, she was awarded a contract with Sony Music. Her subsequent albums and songs have earned top spots on several music charts as well as platinum badges. She is renowned for albums like Kerosene, Crazy Ex-Girlfriend, and Platinum, and she has received awards for her music from the Grammys, the Academy of Country Music Awards and the Country Music Association Awards. To date, she has been honored with more Academy of Country Music Awards than any artist in history. She is also known for her collaborations with other country artistes.

Born in the Lone Star State, this American singer and songwriter has made her mark on the country music scene since her entry. She started out self-publishing her own music, releasing two albums as a solo act and one as part of the Texas Two Bits singing duo. After her appearance in the Nashville Star singing competition in 2007, where she finished in 7th place, she went on to sign a record deal with Mercury Nashville five years later. Her first album released with the label, Same Trailer Different Park, brought in several acclaimed awards. Among them was the Gramm for Best Country Album. Golden Hour, released in 2018, won all four of its nominated Grammy Awards categories. To date, she has won six Grammy Awards, seven CMAs, and three ACM Awards. Musgraves is the fifth artist to achieve a hat trick Album of the Year award from the Grammy, CMA and ACM, for the same album. She’s also the second artist to win the Grammy, CMA, ACM and all-genre Grammy Album of the Year.

Born and raised in East Texas, Cody Johnson self-released six albums before he was signed to a record label. Two of his releases made it to the Top 10 of Billboard’s Country Albums Chart on his own CoJo label. He ran a successful career that made him the first self-made artiste to sell out NRG Stadium at Rodeo Houston to date. Gotta Be Me, his 6th self-published album, debuted at number two on Billboard's Country Albums chart. His major label album (his seventh) released with Warner, Ain't Nothin' to It, debuted at number one in 2019. The passionate singer/songwriter started out singing and playing the guitar when he was only twelve years old. His influence by ‘90s country music, paved the way for his 21stcentury country music style. He has also ventured into the beauty industry, launching his very own, 100% US-made cologne in 2019.

Ashley Monroe entered the country music scene in 2005, first as a songwriter and singer performing in small clubs around Nashville, Tennessee. Monroe, who started writing at the tender age of 13, landed a songwriting deal with Sony Records in 2006. She subsequently started to work on her debut album, Satisfied, releasing the title song that same year. "I Don't Want To" (which featured Brooks & Dunn singer Ronnie Dunn) followed shortly after. Both singles reached the U.S. Billboard Hot Country Songs chart. After some delay, she parted ways with Sony (Columbia Records) and released her first album in 2009, a self-titled EP. Her traditional-style country songs feature a modern pop flair that gives her great mass appeal in the 21st century. Although she records solo songs, she also performs with music groups Pistol Annies (since 2011) and Ten Out of Tenn.

After growing up in Illinois and dropping out of school at age 20, Price migrated to Tenessee to launch her music career. Margo Rae Price is a triple threat; a singer, songwriter, and producer. She also grew up dancing. Although her first release, the four-track EP titled Weakness, was released in the summer of 2017, she has been very active on the scene before this. She has performed on Saturday Night Live, Anthony Bourdain: Parts Unknown, and Charlie Rose, among others. The pure country vocalist has since released a second album and has received praise for her bold rise onto the country music scene. Rolling Stone Country called her "a fixture of the East Nashville music community," and she has been referred to as "country's next star." She is particularly known for being very expressive about her thoughts and beliefs.

Ashley McBryde is not just a typical country music singer-songwriter. She is popularly known for her "Girl Goin' Nowhere" single, which is easily one of the best country songs of the 21st century simply because it is so country. She independently released a self-titled album, her debut album, in 2006. In 2011, she then self-released her second album, Elsebound. A deal with Road Life Records led to the release of an EP in 2016, called Jalopies & Expensive Guitars. When she signed with Warner Music Nashville in 2017, she released her major label debut album, Girl Going Nowhere, which earned her a Grammy nomination and an ACMA (New Artist of the Year, 2019). Her 2018 album, Bless Your Heart, shows off her versatility and in genre and style.

Timothy Childers is a known for his Neo-traditional style of music. His music spans between bluegrass, folk and country. The young singer and songwriter from Kentucky, released his first album at age 19. Since the success of his first album, he released Purgatory, which further catapulted his career. Released in 2017, the album debuted at No. 1 on Billboard's Heatseekers Albums chart, No. 17 on the Country Albums chart and No. 4 on the Americana/Folk Albums chart. His most recent album, Long Violent History, released in 2020, was produced under his own label Hickman Holler Records. Childers’ style can be attributed to his early influence from folklorists like John Cohen, Mike Seeger, and Art Rosenbaum. and from playing the guitar and the violin.

This country music singer and songwriter started out at age 16 and signed his first major album deal at 19. Hailing from Vicksburg, Mississippi, the young singer has an old soul. His Southern vocal style is characterized as a modern style similar to the likes of country music greats like Randy Travis, Alan Jackson and George Strait. He released his first studio EP in 2016 while still signed with Warner Bros. Nashville. You might have heard one of his hit tunes on the radio, "I Met A Girl," which hit the number one spot on Mediabase, number two on the Country Airplay chart and number eight on the Hot Country Songs chart in 2016. He has since separated from the label.

Familiar with he music of some or all of the above stars? Maybe you are looking to make impactful songs in the country genre, similar to the style of one or more of them. Either way, the Tunedly roster includes musicians who have worked with some of the acts on this list, including the likes of Kacey Musgraves, so we can definitely hook you up.