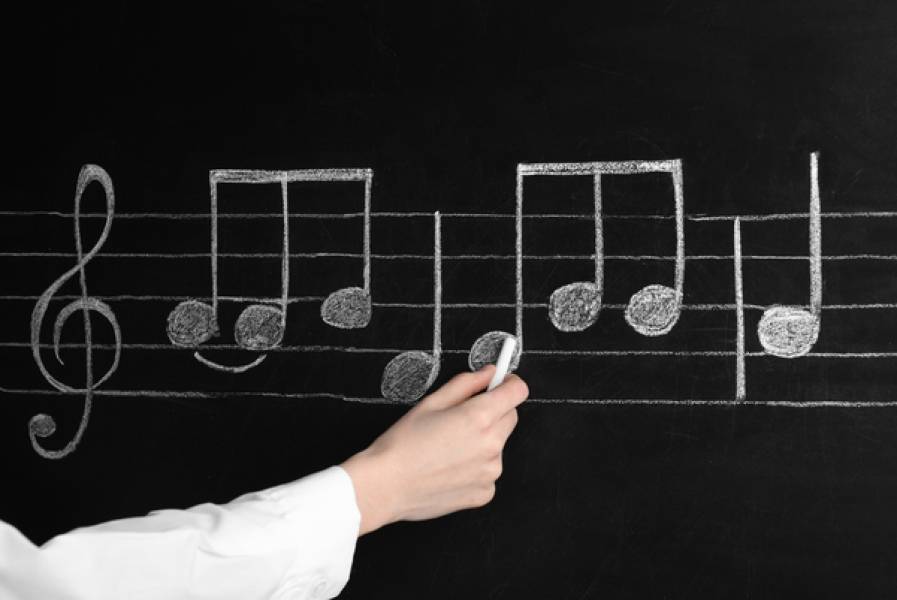 No Talent No Problem

The Tunedly Team
April 24, 2019
Reading anything about songwriters and songwriting is likely to make one feel like it’s a field reserved exclusively for people brimming with artistic talent. You'll probably be more inclined to feel that way if you think you suck at songwriting, especially if you compare anything you've done to works from brilliant minds such as Bob Dylan, Diane Warren, et al. It's near impossible to miss the artistry that is present in many of the songs they have written.
But what if you have a real passion for songwriting despite struggling to string a few lyrics together to save your own life (or at least don’t think you can)? Does it mean you should just give a cold shower to your musical urges and try to forget about it? Heaven forbid!
First of all, talent is not the be all and end all. In any field you can think of, you will find stories of people who seemed to lack the talent initially but still went on to do fairly well. This is also a reality in the music business. Imagine being told not to give up your day job, or receiving advice to seek employment in a factory, because you would not make it in music. Such was the case for legends, Elvis Presley and Boy George, according to this article about famous people who were told they had no talent.
Motivated yet? Let's talk about what your next step should be if you really want to excel at songwriting but don’t see yourself as someone with an artistic mind. To begin with, our experience with songwriters on Tunedly have convinced us that everyone has a creative streak, it’s just a matter of finding the spark and building it up. There are also some things you will need to do to strengthen your creative muscle:


Learn everything you can about the art of songwriting

While there are no real rules when it comes on to songwriting, there are a number of universally accepted principles governing how to do it effectively. Of course, methods vary genre by genre but there are general concepts relating to how you use different songwriting structures, chord progressions, write meaningful lyrics, create song bridges, etc. The great thing is a ton of content already exists on these topics, including books, articles, and audio visual presentations on the internet. Opportunities to learn from other songwriters through meetups, conferences, and other events also abound.

One of the great things about living in these modern times is that access to music is easier than ever. With that said, you can listen to all the world’s most popular songs, and what better way to learn from other songwriters than by tuning in to their best works? Listening to different, popular songs not only allows you to get an idea of the various songwriting styles that exist but it also helps you to understand what goes in to writing a hit song (if that’s your inclination). In addition, listening to the works of other people can serve to provide inspiration on those days when writers’ block is standing in the way of any iota of creativity you had to begin with.

It’s Thomas Edison who is believed to have said that “genius is one percent inspiration and 99 percent perspiration.” Actually, whether you’re a genius or not, any achievement that comes your way will most often come from simply putting in the work, 99 percent of the time. That’s the approach you’ll need to take if you really want to become good at what you do, and that’s whether you have talent or not. At the end of the day, what separates those who achieve great things and those who don’t achieve at all is (usually) who works hardest and continues trying to improve.
Write as much as you can, and as often as possible, not only to hone your skills but also to have plenty of content under your belt. The songwriting business is quite competitive and also full of failure. In many cases, those who find success often do so after writing and submitting numerous songs and getting one or two songs through the door, so to speak.

There are many experienced people in the music business, some of whom are not necessarily famous but have been around long enough to know what works and what doesn’t. You can learn a lot from a good mentor but finding one might not always be easy, especially since you may not have money to spend on advice. Still, you can connect with potential mentors at industry events such as music workshops. Also, you don’t necessarily need to meet personally with someone for them to be your mentor. You can choose someone to be your mentor from afar through mediums such as social media. Check out this article on how to find a music mentor.

Another way to improve your craft as a songwriter is to write songs with other people. Co-writing allows you to see and hear the creativity process of someone else as you work together to make something new and unique. It also allows you to share your own ideas (and don’t be afraid to share them, no matter how silly you think they might sound) and get feedback you can apply to your own skills. To take things a step further, you might even want to think about assembling a band or team consisting of music creators with different strengths.
For instance, one person could be good at coming up with melodies, while others could have a knack for using metaphors in lyrics or being able to quickly build rhymes. Just one thing to remember if you decide to team up or go into co-writing sessions: make sure to work out song splits from the get-go so that everyone knows what to expect in terms of royalties. This will be especially important if the finished product goes on to do well commercially.


Finally, be disciplined and don’t give up

Getting good at songwriting won’t happen overnight. Heck, it might take an awfully longer time than you anticipate, and that's whether you are (or think you are) talent-deficient or not. But one thing to remember is that you will get better if you are disciplined in your methods and don’t stop trying to learn more about it. They say the future belongs to those who create it, so keep going.