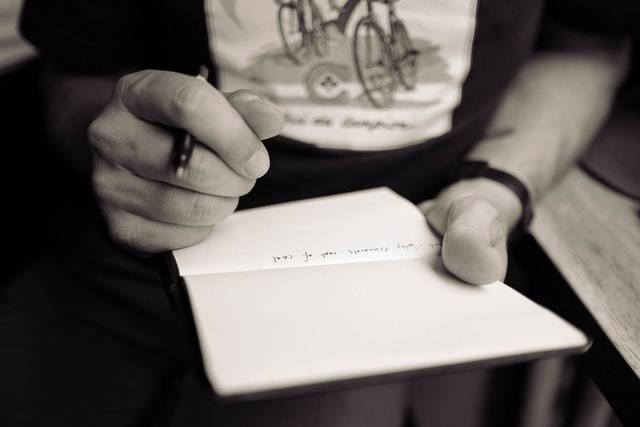 Number Of Lines In Prosody

In one of our recently published blog posts, we dived into the topic Prosody; the relationship between all the elements of a song and how they all combine to support the central theme or message of the song. In that article, we explained the interdependence that exists between the lyrics of a well-written song and the melody or tune in which it is written and how this interdependence exists to help deliver the song’s idea to the audience or listener effectively. Good prosody, as discussed in that article, depends on every aspect of the song. Each word, syllable, pronunciation, meanings derived or on what word emphasis is being laid is important in defining what good prosody is.

In this article however, we aim to explore a bit deeper into the subject matter, this time discussing one of the elements in a lyric structure that helps in determining how well a song idea is expressed better. Every section of every song lyric written uses five elements of structure, all of which conspire to create motion between each section or part of a song and express the emotions that are to be felt by the listener from the lyrics. These five elements are the number of lines in a song segment, the length of lines, the rhythm of the lines, the rhyme scheme being used and the rhyme type. Each of these elements are contained within every song lyric written. But this article aims to discuss how the number of lines can be useful in expressing a song’s idea and ultimately attaining prosody.

Verses, pre-choruses, choruses and bridges are all formed by a number of lines, which may either be even or odd. This isn’t news lol. However, whether a segment of a song has an even number of lines or an odd number of lines helps to give a befitting emotive listening experience, depending on what is meant to be said. Even numbers of lines in a lyric arrangement always tend to feel resolved, balanced or better still, stable. There is usually a feel of completion and resolution when a statement is distributed among even numbers of lines. Odd numbers are basically the opposite in this situation. They feel odd, incomplete, unresolved, unstable.

Try it out, think of a song that has an even number of lines, and then think of a song that has odd numbers of lines somewhere in it’s lyrics as well. You feel the difference between how each feels? This helps us understand that there is a relationship between what we say and the number of lines with which we say them. And this relationship is based on feeling, how we feel from saying them, or in the case of the listener, from hearing them. And since how we feel about words that are said helps us decipher what we understand from what has been said to us, it therefore means that the number of lines in a song can support the meaning or idea the song is trying to convey, hence its usefulness in achieving prosody.

Stepping further, we’re going to discuss how exactly the number of lines in a song does this. As in, the effects it can have on the perception or on the understanding of the ideas behind a song. These effects are things that are actually quite natural and you probably already experience them, but if it’s not pointed out, you might not be able to exactly pick out what it is, or how they do what they do. But with this article in mind you might be able to, as a songwriter, notice these patterns in songs you listen to in the future and therefore understand how you can implement them more intently in your own songwriting.

The first effect number of lines can have on a song is that it can be used to spotlight an important idea. This can happen in different ways. But in most cases, it is used when a lyric is written in an even number of lines; the last line being the balancing or resolving position thereby highlighting the important idea. Think about the last two lines in the first chorus of Ed Sheeran’s Afterglow, you’ll notice how reaffirming the words feel on the 8th line, spotlighting the main idea of the song and giving a sense of essence to the seven preceding lines.

“We were love drunk, waiting on a miracle

Tryna find ourselves in the winter snow

So alone in love like the world had disappeared

Oh, I won't be silent and I won't let go

I will hold on tighter 'til the afterglow

And we'll burn so bright 'til the darkness softly clears

Oh, I will hold on to the afterglow

Oh, I will hold on to the afterglow”

It’s also visibly seen in Bruno Mars’ When I Was Your Man, the very last chorus. Are you singing it already? Here’s the lyrics.

“I hope he buys you flowers

I hope he holds your hand

Give you all his hours

When he has the chance

Take you to every party

'Cause I remember how much you loved to dance

Do all the things I should have done

When I was your man

Do all the things I should have done

When I was your man”

There are times when listening to a song where you get to a line and it feels like there’s more to come, giving you this sense of expectation that a new set of lyrics are coming as a follow up. There are also points in a song when the lyrics stop and you get the feeling that the singer is done, and nothing is being held back from you and no expectation for a completion of that section of the song. This is another effect that is created when using line numbers intently in writing. More often than not, an odd number of lines creates a sense of further motion coming in the song. It is usually experienced mostly in pre-choruses or within a verse. An example can be sighted in Westlife’s “My Love”.

“An empty street, an empty house

A hole inside my heart

I'm all alone, the rooms are getting smaller

I wonder how, I wonder why

I wonder where they are

The days we had, the songs we sang together, oh, yeah

And oh, my love

Reaching for the love that seems so far”

“What would I do without your smart mouth?

Drawing me in, and you kicking me out

You've got my head spinning, no kidding, I can't pin you down

What's going on in that beautiful mind?

I'm on your magical mystery ride

And I'm so dizzy, don't know what hit me, but I'll be alright

My head's under water

You're crazy and I'm out of my mind

'Cause all of me

Loves all of you

Love your curves and all your edges

All your perfect imperfections

Give your all to me

I'll give my all to you

You're my end and my beginning

Even when I lose I'm winning

'Cause I give you all of me

And you give me all of you, oh”