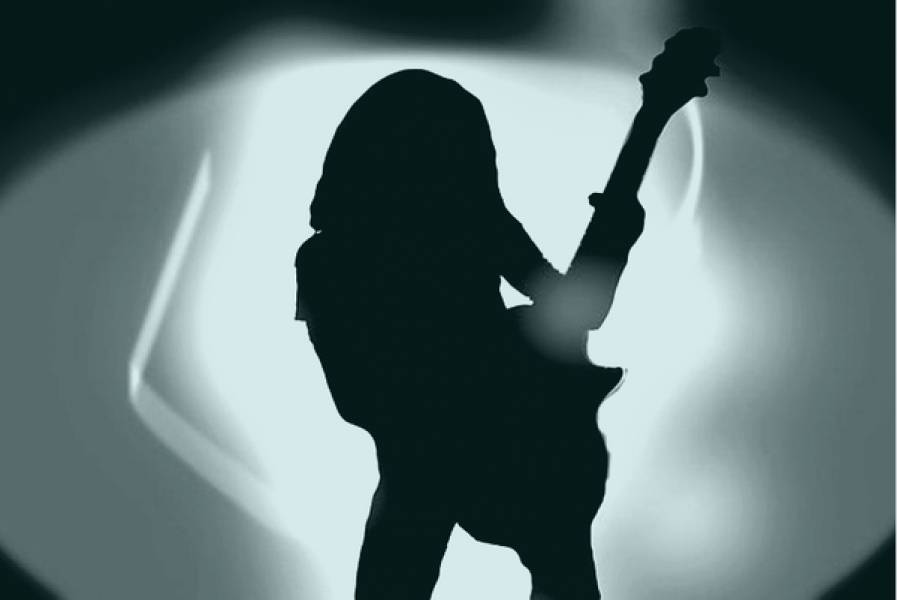 Our Honest Review of Hired Gun

The Tunedly Team
September 29, 2017
Have you watched "Hired Gun" as yet? We recommend you do, especially if you're curious about the life of a session musician. In the meantime, you can check out our review below.
We decided to do this review, and share our thoughts with you, because we found it to be informative and entertaining at the same time. In essence, it gives you valuable insights into what some of our current session musicians experience in their careers, all while helping to make great music.
Here goes...

In the seemingly glamorous world of music, the stars are revered – worshipped even – by millions of fans. Yet, without musicians such as Liberty Devitto, Kenny Aronoff, Jason Hook, and a host of others, many of music’s biggest names might not have been able to reach the statuses they currently enjoy.
That’s what “Hired Gun: Out of the Shadows, Into the Spotlight” is about in a nutshell. It’s a 90+ minutes documentary, showcasing a few of the top studio/session musicians aka “hired guns,” who have contributed their time and talent to the careers of well-known artists, often with little to no recognition of their own, and sometimes with little compensation to boot.
But Hired Gun is much more than a show giving 15 minutes of fame to the session musicians who play the vital, often unseen supporting roles for everyone, ranging from pop idols to rock giants. In between seemingly haphazard interviews, musical interludes, and two solid performances, the feature-length documentary serves to be an eye-opener for music fans and an ode to session musicians everywhere.
Released initially in 2016 at the SXSW Festival , the Fran Strine directed exposé hit its stride on June 29 when it was screened at several North American locations. It got rave reviews from individual critics, as well as movie review sites, such as Rotten Tomatoes, whose audience scored it at 92%. A strong point of the film is that it gives a face to some of the finest behind-the-scenes instrumentalists, who have been associated with some of the biggest hit songs and iconic stars over the past four decades.

According to Jason Hook, who has been a hired gun himself, they are “assassins…the best available musicians that get hired to go on tour, to deliver that music for that artist.”
In essence, they get gigs to play a part in live concerts or studio recordings for recognized musicians and bands. They include singers, songwriters, guitarists, drummers, and other instrumentalists. Another term used to describe hired guns is sidemen, but it would also be correct to refer to them as freelancers. Naturally, there are advantages and disadvantages for these musicians.

The entire gist of the presentation can probably be summed up in one of the many punchlines of the film: “Being a hired gun, you’re sitting in the front row to a very glamorous, high-profile, exciting lifestyle. But it has nothing to do with you.” – Jason Hook.
However, the story also presents several experiences and outcomes that are possible for anyone who becomes a hired gun/ side musician.
1. Possibility of being underpaid / unrewarded
According to several of the interviewees, being a Hired Gun doesn’t always mean enough – or any money at all – is being made. Phil Buckman gave an example of this in his turn at the mic, saying “it was almost laughable what we got paid,” about his time working with Filter.
Greg Upchurch also speaks of coming off tour and then having to immediately take up a house painting gig with friends to make extra money, at one point ending up painting the residence of Matt Sorum of Guns N’ Roses. There is also talk of not getting any recognition or royalties for songs that they contributed significantly to.
2. Getting left out in the cold
Being a Hired Gun means there is always a possibility of being let go unceremoniously and with very little warning, as was recounted by Russell Javors and Liberty Devitto. The two were relieved of their duties with very little notice after giving years of service on records and on tours with Billy Joel.
There is also mention of the unpredictability – wherein one day everything could be going great and the next you’re out of a job. Jason Hook gives one such scenario while he was playing for Hilary Duff. He explained that things were going so great that he decided to take out a loan for a house. As luck would have it, the gig with Duff ended abruptly, leaving his financial position in doubt at the time.
3. Can be exhausting
The freelancing nature of being a side musician means there is a possibility of constantly being on the road, either with one band or between bands, especially if you’re good. This was mentioned to be the case for Eric Singer, who performed with Alice Cooper for several months at a time, only to restart the process with KISS, once Cooper’s tour broke.
4. Opportunities that can arise
From becoming a part of the band to being able to work exclusively with other music professionals, several of the interviewees had stories of how they were able to step up from just being Hired Guns. Ray Parker JR., for instance, was able to create his own chart-topping song, “Ghostbusters,” which put him into the spotlight after being in the shadows as a session musician.
Jason Hook also migrated from Hired Gun to being a member of Five Finger Death Punch, while Richard Patrick went from a less than fruitful side musician with Nine Inch Nails to calling the shots himself when he released his own hit song and went looking for Hired Guns himself.
5. Relationship with fans
Another story that jumps out from Fran Strine’s documentary is that of session musicians who did get recognition, but not the type they were looking for. Brad Gillis gives an account of how he was initially chastised by fans when he replaced the deceased Randy Rhoads in the Ozzy Osbourne band. Likewise, Jason Newsted remembered being given a hard time by Metallica fans after taking up the spot left vacant by the passing of Cliff Burton.

Like freelancers in other fields, the featured musicians in the documentary painted a clear picture of the many possibilities that existed for Hired Guns, whether negative or positive. In addition, the film showcased the importance of Hired Guns, even if they were not as well-known as their hiring counterparts, and why many of them probably deserved some more of the spotlight.
And while it would seem that some established acts are fine with the status quo, it would appear that some appreciate the contributions of the session musicians. This is shown in snippets of P!NK giving shout-outs to drummer, Mark Schulman and guitarist, Jason Derrico, who has been playing with her for 10 years. In fact, P!NK used the word 'family' in her interview for the film.
Cooper also shows much admiration for what the Hired Guns do. But perhaps he has a larger vision for them, with his suggestion that top session musicians could form their own super bands instead of continuing to be side pieces.

Hired Gun is a great watch for session musicians who might be entering into the field wondering what to expect, or even for those who are in it already but haven’t quite gotten their feet wet as yet. It’s also a great watch for anyone who wants to have an idea about how the music is actually made and the important role of professional session musicians who help to make the magic.
Hired Gun is available from sources such as iTunes, Google Play, Amazon, Fandango Now, Vudu, and Vimeo on Demand, among others.