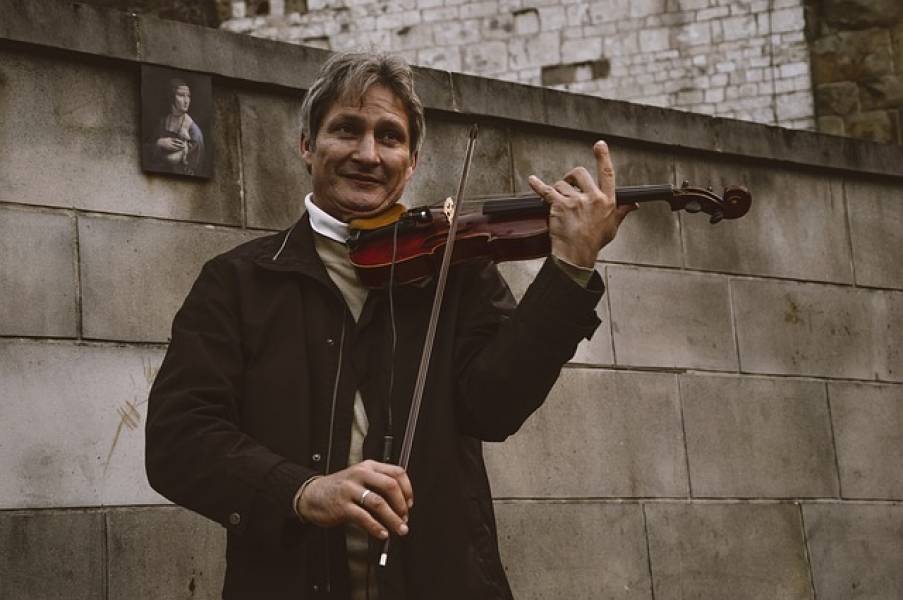 Proof That Age is Just a Number in the Music Business

The Tunedly Team
May 23, 2018
There is a general paradigm that ‘making it’ in the music and entertainment industry requires that you be young in age.
To begin with, making it means different things to different people. If a musician is able to excel in the art of songwriting, which results in being able to make enough money to comfortably support a chosen lifestyle, then he or she is arguably successful.
But even at the highest level, age does not dictate how far you can go. Neither does it dictate the possibility of a comeback later in life after early success followed by the sound of crickets. For the purpose of this article, we’ll use the general yardstick for success in the music business, which is usually achievements such as getting signed to a major label, landing a hit on major charts, selling platinum, winning a Grammy, or all of the above.
While evidence shows that youth will definitely help you in terms of marketing and giving you more time (a bigger window) to achieve success, as well as to hone your skills, being young doesn’t have much to do with being successful in the grand scheme of things.
In fact, a number of big-name musicians, and other 'well-knowns' in the broader entertainment industry, have thrown cold water all over the notion that you have to be young in order to not ‘miss the boat,’ so to speak.
We’ll highlight a few songwriters who defied the odds to strike it big later in life. There are tons of other examples you can find with a quick Google search, but these five are among the most striking. Here goes...

Leonard Cohen’s songwriting career was one of perseverance that lasted for over 50 years. But his entry into music didn’t come until he was in his 30s, although he had already achieved critical acclaim in his life earlier as a poet and novelist.
At 33, he released Songs of Leonard Cohen, which put him on the map as a folk singer-songwriter of note. But in the context of making it big, Cohen did not achieve a high level of success until 1984 when he was 50 years old. That year saw him releasing the album Various Positions, which contained the iconic song "Hallelujah," an anthemic number that has since been covered by more than 200 artists.
From then onwards, Cohen became a household name, selling millions of records, touring, being inducted into Halls of Fame, and winning a Lifetime Achievement Grammy, among other awards. His fame continued right up to his passing in 2016 at the age of 82.

Widely regarded as one of the greatest musicians of all time and a forefather of modern jazz and bebop, Thelonious' advent into the music business was not met with much fanfare. In fact, the master improviser didn't get much recognition in terms of sales for much of his 20s and 30s, plus he was rejected by several record labels.
It wasn't until 1956 when he was in the region of 39 years old that he got a breakthrough with the album Brilliant Corners. That record was followed by huge success with the Thelonious Monk Quartet going on tours. Monk eventually signed a record deal with Columbia Records and, in 1964, he became one of only a select few jazz musicians to grace the cover of Time Magazine.

At the age of 31, electronic dance music maestro, James Murphy, started the band LCD Soundsystem. But, after having spent much of his earlier years in obscurity in various bands, he would have to wait a while longer before tasting success.
He persevered with the group after minor recognition from 2002's "Losing My Edge" and they recorded their debut self-titled album. LCD Soundsystem was launched in 2005, months after Murphy had crossed the 35-year-old mark and the rest, as they say, is history.

If there was ever someone who benefitted from a name change in the music business, it was 2 Chainz. As has been famously recorded in the annals of hip hop history, 2 Chainz (birth name Tauheed Epps) managed to recover from relative obscurity to become a household name in the latter part of his career. While in his 20s, he combined with a fellow rapper to form a hip-hop group known as Playaz Circle, and operated under the name Tity Boi.
During this time, Chainz was signed to Ludacris’ Disturbing Tha Peace, trying to float his own career as a rapper while working as a songwriter for a number of notable artists, including Lil’ Wayne and Drake. After not getting the breakthrough he wanted, the “I’m Different” rapper decided to change his name to the more family-friendly 2 Chainz in 2011.
A year later, and at the ripe age of 35, 2 Chainz saw his mixtape T.R.U. REALligion take off, which led to the release of his debut album, Based on a T.R.U Story. The album earned him a Grammy and was later certified Gold by the RIAA. Since then, the rapper has gained worldwide fame and been ranked among the genres top earners.

Andrea Bocelli is regarded as one of the greatest singer-songwriters of all time. His repertoire includes 15 solo albums and nine complete operas. The Italian artist, who has managed to sell over 80 million records to date, has composed and performed music across both pop and classical genres; in fact, one of his claims to fame is crossing over onto mainstream pop charts with classical music.
However, fame wasn’t to come for the legendary singer until late in his career, after finishing up with law school. As luck (or destiny) would have it, a demo recording by Bocelli winded up in the hands of Luciano Pavarotti, which kicked off a chain of events. The release of Bocelli in his mid-thirties gave him some amount of recognition in Europe, but he didn’t get a massive breakthrough until he was 41.
In 1999, the release of Sogno, saw Bocelli entering several major charts around the world, leading to international fame and a Grammy nomination. Bocelli has even earned a listing in the Guinness Book of World Records for his classical album, Sacred Arias.
There you have it. It's evident that the older you get, the smaller the window to achieve success but that's as far as it goes where age is concerned. There will always be a chance once the window still exists, as long as you keep on making your music and applying best practices to get your creations out into the world.