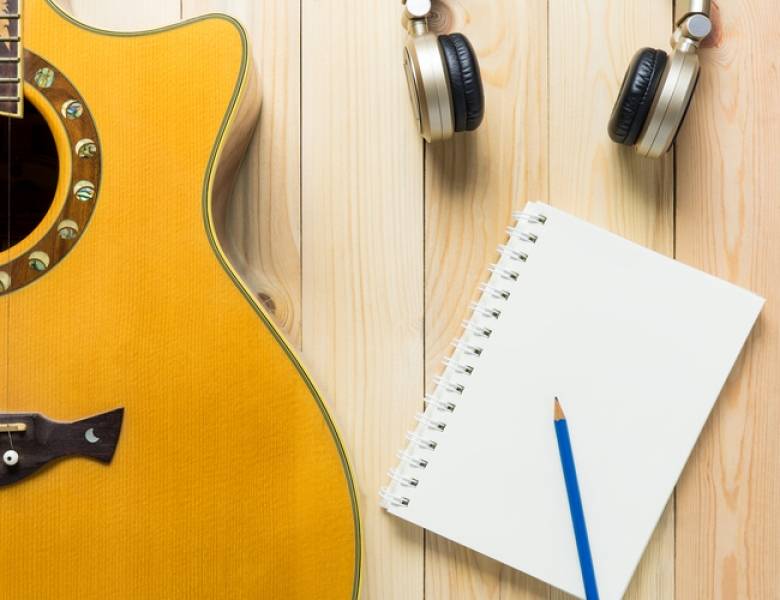 Pros and Cons of a Music Publishing Deal

The Tunedly Team
April 16, 2018
In the modern music industry, there are many avenues for songwriters to make music and earn money from it. One of those is signing up with a music publishing company.
If you’re new to the industry and weighing your options, this is one opportunity that might present itself to you. But should you or should you not pursue or accept a publishing deal? First, let’s talk about what a music publishing company does, in general, and how it works.

What is a music publishing company?

Not to be confused with a record label, a music publishing company assists songwriters and other music creators in getting their works to market. Depending on the deal, they may or may not collect royalties on the behalf of songwriters under their umbrella. They usually have connections to artists, record labels, and other entities in the music industry. Many of them also have departments that look about licensing your music to be placed in video games, TV commercials, movies, and films.
There are several large music publishers that have been around for years and have become well-known in the business. A number of independent music publishing companies have also sprung up over the last couple of decades, offering more variety in the publishing business. Please note that they all operate differently, so what gives with one might not be the case with the others.
Some of the top names in the music publishing business, which you might have heard of, include Warner/Chappell Music, Sony/ATV Music Publishing, BMG, Imagem Music, Kobalt Music Group, and Universal Music Publishing Group.
As you can imagine, landing a publishing deal could mean big bucks. However, some publishing deals may not be in your best interest. If you had kept abreast with the debates leading up to the recent passing of the Music Modernization Act, you would probably have figured out that there are many music creators, who lament not being compensated fairly, either by streaming websites, or due to deals they brokered with music publishers.
But issues with publishing contracts go way beyond just royalties and there are a number of pros and cons involved. Read on to find out when it is okay - and when it’s not - to pursue and accept a music publishing deal.

- You’re okay with making money from writing songs for other artists. There are many songwriters who are okay with selling their songs to other artists, as long as it pays the bills. This might be a short or long-term decision.
- You have no interest in a career as an artist. The long-term option of the previous point, there are songwriters who don’t mind remaining in obscurity.
- It won’t restrict you from transitioning to a career as an artist later on. Publishing companies can be restrictive and might put in clauses to keep you on the roster for longer than you want to be, so be sure to read the fine print.
- You spend most of your time just manufacturing songs. If you’re skillful in crafting really good songs in a short period of time, a publishing deal could be lucrative, even if you lose the rights.
- You don’t mind sharing songwriting credits as a co-writer. Signing on as a co-writer with more established songwriters or artists could give you the recognition you need and set you up for big things when you do decide to branch out on your own. Some of today’s biggest names, including Ne-Yo, Meghan Trainor, and Lady Gaga, all started writing with and for other artists, which helped to give them a foothold to launch their solo careers.
- You have researched the publishing company and found they have a good reputation. Not all publishing companies are created equal, so do your research to see what other past and present music creators are saying about them, as well as the types of deals they offer.
- There are other songwriters, who you look up to, signed to the publishing company. Other songwriters, who you respect and who might be signed to the publishing company you’re interested in, can help you understand and learn the ropes.


It’s NOT okay to sign a publishing deal if:

- You want to retain ownership of all your songs. Publishing deals offered by major publishers usually mean you lose the rights to your music, once you sign.
- You don’t think you will be able to create songs to meet a quota. A publishing deal might require you to churn out a set number of songs within a specified period of time.
- You already have a growing career singing and writing your own songs. Seeking a publishing deal might not be in your best interest if you already have a name and are gaining recognition.
- The details of the deal are obscure or just plain shady. Contracts usually have a bunch of legalese. At the very least, get a lawyer to look over a possible deal if there’s something you don’t understand.
- The publishing company has bad reviews from others who have passed through its doors. Other songwriters complaining might be a bad sign.
- You just don’t feel comfortable with the deal being offered. Sometimes it comes down to your gut feeling; listen to it.

Today, many alternatives exist to signing deals with music publishing companies, once you know where to look. In fact, various platforms now allow you to publish and license your own music, collect your own royalties, and even get placements in major productions, all without going through a publisher. Be sure to weigh all your options to see what works in your best interest. Good luck!