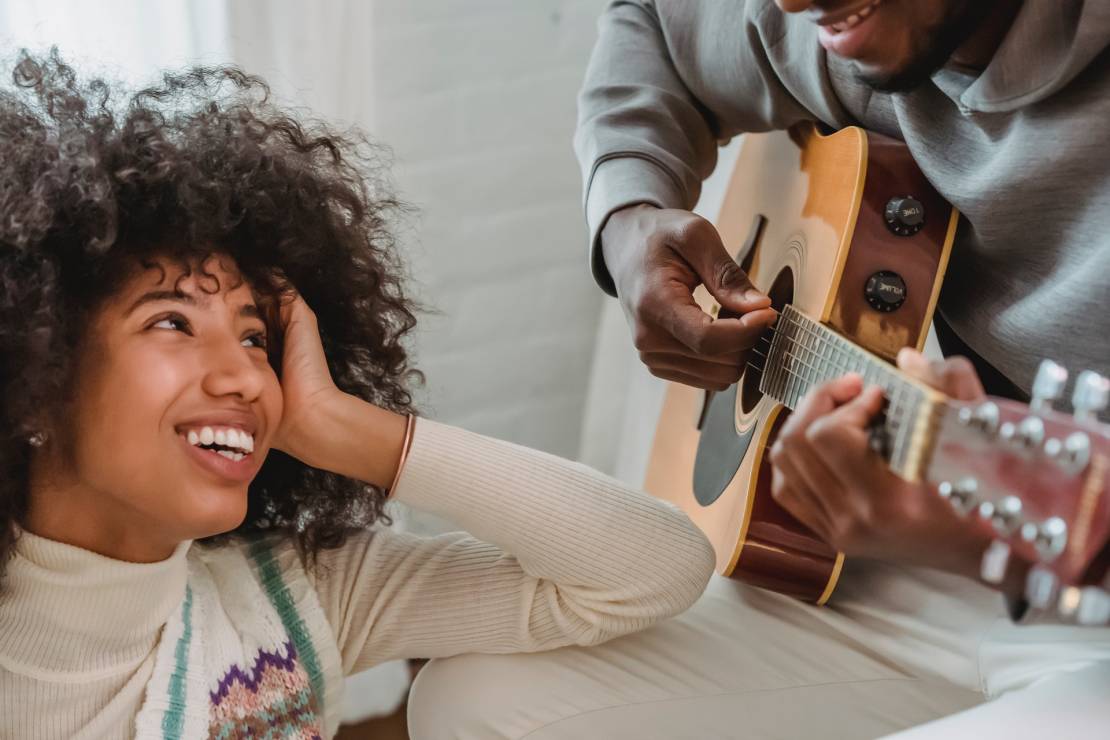 Rhythm in Music and its Elements

Rhythm is a term that is very particular to music theory. It describes the patterns and chains of events occurring within a song and its progression. Rhythm is one of the elements of music, the others being Dynamics, Form, Harmony, Melody, Texture, Timbre, and Tonality. Music can not be discussed and effectively understood without the proper understanding of rhythm and these other elements of music.

Rhythm can be defined as the arrangement of notes, rests (silences), and intensity of a song’s progression. Musical rhythm is about the repetition or reoccurrence of notes and rests in time, as well as how long, and with what intensity these notes and silences are played. Repeated runs of notes and pauses are what is known as rhythm in music.

Rhythm is not peculiar to just music alone. It is very much present in other fields of life. Art, Music, Poetry, Design, and Sporting activities are all different parts of creative fields that make use of rhythm in understanding some of their basic concepts. At a broad level, rhythm is basically the same all around. It is always a pattern of occurrences within an activity, event, piece of art, or design. But what differentiates music theory rhythm from other fields are its elements, which we are going to explain in this article.

To put it another way, music and its elements are held together by the underlying structure of its rhythm. It is the glue that holds and binds everything together in the present. The musical features of the rhythm determine the speed of the music, the type of beat, and then how the notes of each instrument perform rhythms and connect to make the whole. Rhythm is an important part of the music.

You will now learn more about rhythm in music by familiarizing yourself with a variety of musical terms and elements.

1. Tempo: Tempo is the speed at which a piece of music is played. Listening to the beat for it’s underlying pulse is the first step in describing the tempo of the music. Once you hear or feel the pulse, you can determine the tempo or speed of the music. This will give you a better understanding of the music's rhythmic structure. To convey tempo to players, there are three primary methods: beats per minute, Italian terminology, and modern language.

Beats per minute (or BPM) indicates the number of beats in one minute. Music terms for tempo ranging from the slowest to the fastest in Italian terminology include Largo (slowly and broadly), Adagio (slowly), Andante (at a walking pace), Moderato (at a medium speed), Allegro (fast), Vivace (fast and lively), Presto (very fast), and Prestissimo (as fast as possible). Casual English words such as “fast,” “slow,” “lazy,” “relaxed,” and “moderate,” are used by some composers to explain tempo in the stead of these other two methods.

2. Time Signature: A musical time signature specifies the number of beats per measure (bar). Two numbers make up a time signature. Depending on where it appears, each number conveys a distinct message. The bottom number tells what kind of beat the music is counted in and the top shows how many of those beats are in each bar (measure).

In order to describe a time signature, there are a number of options. Music is written in an isometric time signature if the time signature remains constant and does not change. Multimetric is the case when the time signature changes, for example from 4/4 time to ¾ time (also known as Waltz time). Time signatures are not fractions. Although it is technically incorrect, the numbers in this post have been separated by a slash ("/") simply for convenience.

3. Accents: An accent in music means a stress or special emphasis on the note, chord, passage, or certain beats. There are several musical terms that can be used to describe an accent in a piece of music. Sometimes these accents are regular, and they occur repeatedly, sometimes they are sporadic and only occur to emphasize a note, chord, or passage in the music. Different rhythms may share a time signature and tempo, but they stand out from one another by accenting different notes and beats.

4. Meter: The meter of a piece of music is the arrangement of its pulses in a repetitive pattern of strong and weak beats. This does not always mean that the rhythms themselves are repetitious, but they do strongly suggest a repeated routine of pulses. It is on these pulses, this beat of the music, that causes you to stomp your feet, clap your hands, or dance.

6. Phrase: A phrase in music, is exactly like what it is in English structure. It is a small musical sentence. When a singer is performing a melody, the points where they take breaks, slight pauses, or breathes, are referred to as the end of the phrases. Similarly, instrumentals have phrases and they go longer than that being sung.

Phrases are described in length, based on the number of beats they last for. The time signature is first determined and used to determine the phrase length. Phrases are also described as balanced, even, or symmetrical when they can be divided into two halves of the same thing. Phrases that do not meet this definition are described as unbalanced, uneven, or asymmetrical.