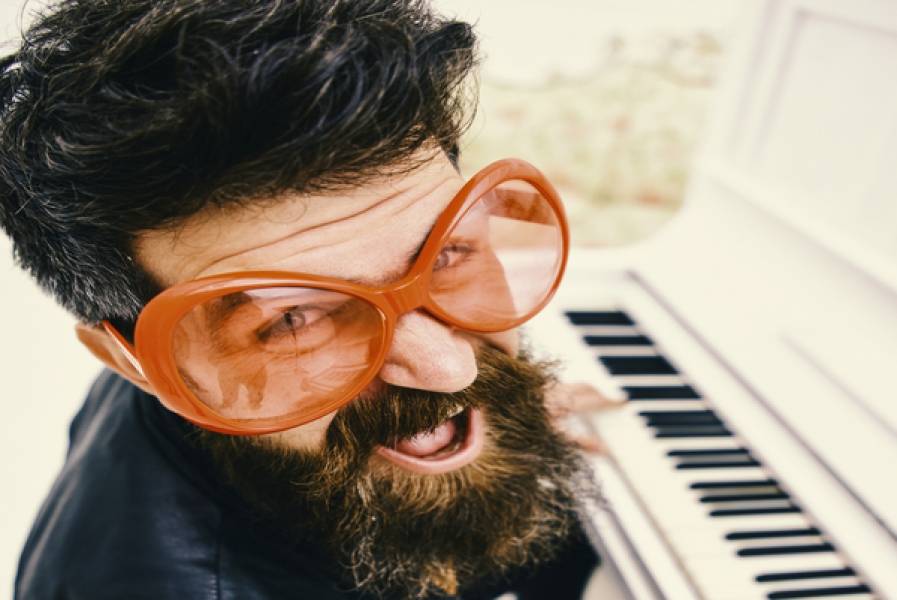 The Tunedly Team
June 03, 2020
Growing as a songwriter means constantly learning new songwriting methods, tips, and tricks. One great skill to have in your arsenal is how to use satire and character in songwriting to add life and color to song lyrics.
A lot of standout songwriters have used this creative way of writing songs to great effect. Think icons such as Bob Dylan, Randy Newman, John Prine, Tom Lehrer, Carole King, just to name a few.
If you want to know how to use these literary instruments, you first have to understand what they are.

Satire constitutes the use of irony, sarcasm and humor to show disagreement, make a decisive statement or drive home a point. It is used a lot when people have conflicting points of view, to demonstrate how absurd or outrageous an opinion is, or to express outrage. In creative fields, satire is used widely in comedies, cartoons, movies, literature books, and, of course, songwriting. In everyday life, satire is regularly used in social banter, political campaigns, and on social media sites among people who have differing views.


How to use satire

There is a good chance you have used satire at various points in your life. Most people tend to have a sarcastic streak and it often comes out when you think someone is being absurd or insensitive. It is sometimes used to ridicule another person's ideas. However, in songwriting satire can be used to make a point more riveting and relatable. Here are a few ways to use it:
Humor
Injecting humor into creative works is a practice many artists use to make heavy topics appear more palatable. Weird Al Yankovic has been one of the most consistent performers in recent times where this is concerned. He has taken hits with serious messages and turned them into hilarious anthems. Two examples are Queen’s “Another One Bites The Dust,” which deals with death, being converted to “Another One Rides The Bus,” and Coolio’s “Gangster’s Paradise,” which is about gang culture, being converted to “Amish Paradise.”
Irony
The definition of irony is to express an opposite meaning to what is being said. It can have a truly profound effect on the listener if done correctly, allowing people to look at common conceptions from new perspectives. There are many examples of songs with ironic themes by popular artists, including P!nk’s “Sober,” a song that boils down to the main lyric “How do I feel this good, sober.” Other well-known hits that employ irony to great effect are Alanis Morissette with “Ironic” (ironically) and “Thank You,” as well as Passenger with “Let Her Go” and Carly Simon with “You’re So Vain.”
Sarcasm
The use of sarcasm usually employs irony – but not all the time – to mock, ridicule, or show contempt for a thought process. It is often recognized by sharp, witty, cutting, or gripping commentary and relies heavily on the tone being used during speech or singing. Sometimes it can be really subtle and can fly over the heads of people if they have not been following a particular conversation.
In songwriting, there are numerous examples where sarcasm is used to bring across some strong points or debunk some opinions. Popular songs that do this include Psy’s “Gangnam Style,” which makes fun of a particular lifestyle practiced in the South Korean neighborhood of Gangnam, Lorde’s “Royals,” a direct swipe at pop culture (which ironically launched her career as a pop star), and Lily Allen’s “Hard Out Here,” which throws sarcasm at how society views women in the world of pop music.
Exaggeration
Exaggeration is somewhat explanatory but it takes skill to do it effectively in music without seeming corny or unrealistic. One of the best ways to make a hyperbolic statement in songwriting is to drop it in the punchline. “Cry Me A River” by Justin Timberlake is a great example, as well as “Killing Me Softly” by Roberta Flack, and “To The Moon And Back” by Savage Garden.
Double entendres
The double entendre is a cheeky method used in a lot of songs that have dual meanings. This satirical skill has made it possible for many artists to mask the true message of the lyrics being performed, especially ones that have to do with sex. There are many examples, including “I Need A Little Sugar In My Bowl,” by Bessie Smith, “Shut Up And Drive” by Rihanna, “I’m Your Ice Cream Man” by Val Halen, and “Tamborine” by Prince.
Now that we have explored the many ways to use satire, where does character fit in, and how does it go hand in hand with satirical lyrics?

As a literary term, character is how you develop the main subjects in a piece of writing. In songwriting, it is using words in such a way to help listeners get a vivid picture of the type of people, places, things, etc. you are talking about.
One way to use character in your satirical lyrics is to use pretense to express the feelings you are singing about. Frank Ocean’s entire “Channel Orange” album is one good example of using character and satire to pull in listeners. In “Thinkin’ Bout You,” for example, he makes up several pretend scenarios to show how much he is missing/not missing the subject of his lyrics. In “Super Rich Kids,” Ocean describes many perks of living the high life, which turn out to not be beneficial in the bigger picture after all.
Another way to develop character in your songs is to deliberately put yourself in the shoes of the subject and write in the first person. By saying “I” instead of “You,” the listener gets to see things from a fresh angle through your eyes. When Ciara sang “Like A Boy,” for example, it showed some of the biases that come with gender roles and cheating, etc. and why they are not fair in the context of romantic relationships. The same can be said about Beyoncé’s “If I Were A Boy.” For Janelle Monae’s “Americans,” she thrashes out numerous patriarchal mindsets that are often considered to be embedded in some areas of American culture.
Conclusion
Learning how to use satire and character in your songwriting is a skill that will come with practice. But you can start getting on with it by listening to the many popular songs that employ the tactic.