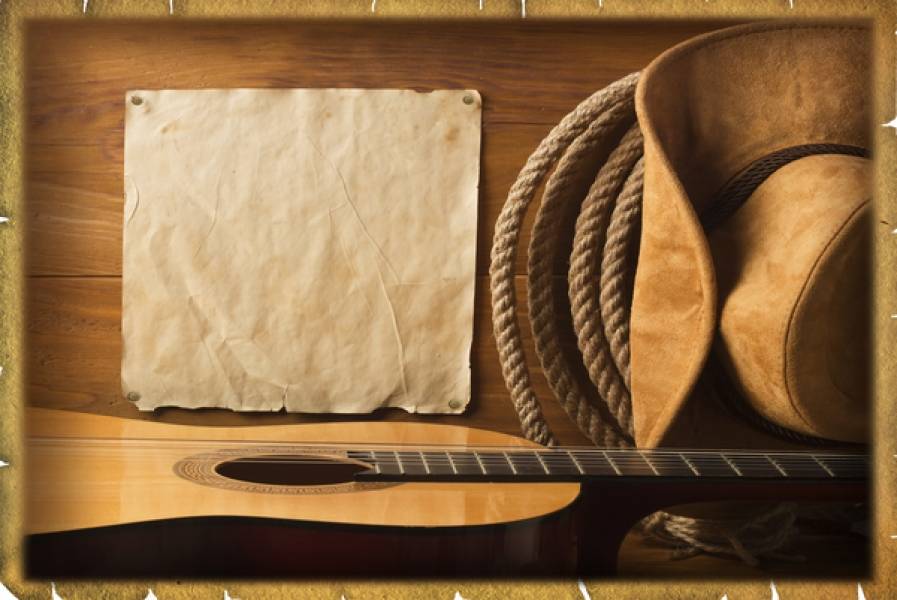 The Tunedly Team
February 21, 2019
Country music is a genre enjoyed by many people from different cultural backgrounds, and for good reason. For one, it’s a genre that blends a variety of sounds, including cowboy folk, African American blues, Irish fiddle, and English ballads, among others, making it a musical melting pot.
Over the years, the country genre has kept re-inventing itself through skillful songwriters and artists. Garth Brooks and Shania Twain, for instance, brought new energy to the genre in the 1990s, while Taylor Swift added some teen spirit in the 2000s when she burst onto the scene. Most recently, the likes of Kacey Musgraves, Florida Georgia Line, Maren Morris, and Sam Hunt, among others, have all managed to craft their own distinct brand of country music, and quite successfully at that.
Regardless of who or what comes along, there are some key features of writing country music that will continue to remain in effect. Call it the blueprint if you may but there are certain elements that make a song country. If you’re a practicing country songwriter or have plans to create material in the genre, it's worth keeping these elements in mind. Here are 10 tips on how to be a songwriter who nails Country.

If you think about every country song you like, you’ll soon realize that an unforgettable melody is a common feature among them all. It follows that you should aim to create groovy melodies if you want to write country songs that people will quickly gravitate to. You want your song to get stuck in the heads of people, so take time to come up with a melody they can keep humming to long after it has stopped playing.

Hand in hand with a mellow melody is a hook that will play over and over in the heads of listeners. But you want to get to the hook as quickly as possible. Songwriting experts generally recommend that you get to the hook within the first 60 seconds of the song, whether it's the chorus, pre-chorus, or a recurring phrase or word. Note that a song can have more than one hook - with one being the major hook and the others added in a timely manner to make your song even more memorable. A good hook often forms the basis of the song's chorus (in many instances, it is THE chorus).


3. Write with other people

One of the trends in hit-song songwriting is that of having co-writers. If you checked the credits of most songs on the charts currently, including country hits, you'd find they tend to have multiple writers. Collaborating with other songwriters is a good idea for several reasons. For one, other writers may bring a new perspective or concept you wouldn't have thought about on your own and vice versa. Also, it's easier to flesh out ideas/brainstorm, as well as overcome writers' block, when several people are working together on a song. Plus, while some people are good at writing lyrics, others might be better at coming up with a melody; others might be better at editing. Co-writing allows all these different talents to come together, potentially resulting in a well-constructed country song.


4. Leave out the cuss words

It's no secret that country music tends to be more radio and family friendly. So, while rock, hip-hop, and even R&B songs might contain the occasional f-bomb, so far, it's not readily accepted in country. If you think about it, there's nothing like driving down the highway with the wind on your face and your favorite country songs playing. It wouldn't be much fun if you had to hear a bleep every few seconds, would it?

A common technique used in country songwriting is to keep the verses low in terms of tone and then make the chorus big. Making the chorus explosive, coming off a soft or laidback verse, is kind of like taking the listener to a climax after building up some tension with the preceding lyrics. "May We All" by Florida Georgia Line featuring Tim McGraw is among tons of examples that execute this technique perfectly in country songwriting.

Another hallmark of songwriting in country music is the use of adjectives. You want to paint a clear picture for the listener and the best way to do that is to reach for mind-catching adjectives. Don't be afraid to use a sequence of adjectives that drive your point home. The following passage from the song "Any Man Of Mine" by Shania Twain plays the descriptive game pretty well:
Any man of mine better walk the line/
Better show me a teasin' squeezin' pleasin' kinda time/
I need a man who knows, how the story goes/
He's gotta be a heartbeatin' fire breathin'/
Breathtakin' earthquakin' kind
Any man of mine.
Bonus points if you can come up with a new descriptive word (or a phrase) or if you can modify one that already exists to create even more drama.


7. Look for topics in your daily life

Country music is special in that it often explores common, everyday themes being experienced by people everywhere. With that said, you don't have to look too far when trying to find songwriting topics in country music. You can get ideas from happenings around you, people you meet, relationships, or even an experience that stands out in your mind. While these ideas are not unique to country music, the spin you put on a selected topic, plus your application of the other tips in this post, are what will help to make it authentically country.

KISS is an acronym that often means keep it simple, stupid, but in this case, you can say keep it simple, songwriter. Country music is built on simple storytelling, which is why some of the biggest songs in the genre are so catchy. They use non-complex rhyme schemes, are often composed in the most common major keys, and have lyrics built on everyday words (along with adjectives, of course) to get (sometimes complex) points across. It's all about helping the listener get the message in the simplest and most fun way possible.

In addition to the guitar, there are a number of instruments that help to provide well-known country songs with their distinct sound. These include the harmonica, banjo, mandolin, pedal steel, and the fiddle. Depending on the sound you're trying to achieve (cheerful, sad, melancholic, festive, etc.), you can add one or more of these instruments to your song during the recording and production phase.

One of the ways to learn anything is to pay attention to what is already in existence. Listening to how other country songwriters compose their songs can help you get a better understanding of how to do it, especially if those you're studying have hits under their belts. Of course, you shouldn't limit yourself to listening to only country music. Lending your ears to other genres from time to time can help spark ideas, as well as allow you to keep current with general trends in songwriting and the broader music industry.
Although there's no right or wrong way to write a song, understanding the country music genre can only help you to get better at it. Coupled with practice, you could wind up rivaling the pros or even helping to herald the next evolution in country. If you find these tips helpful, we invite you to share them with your friends.