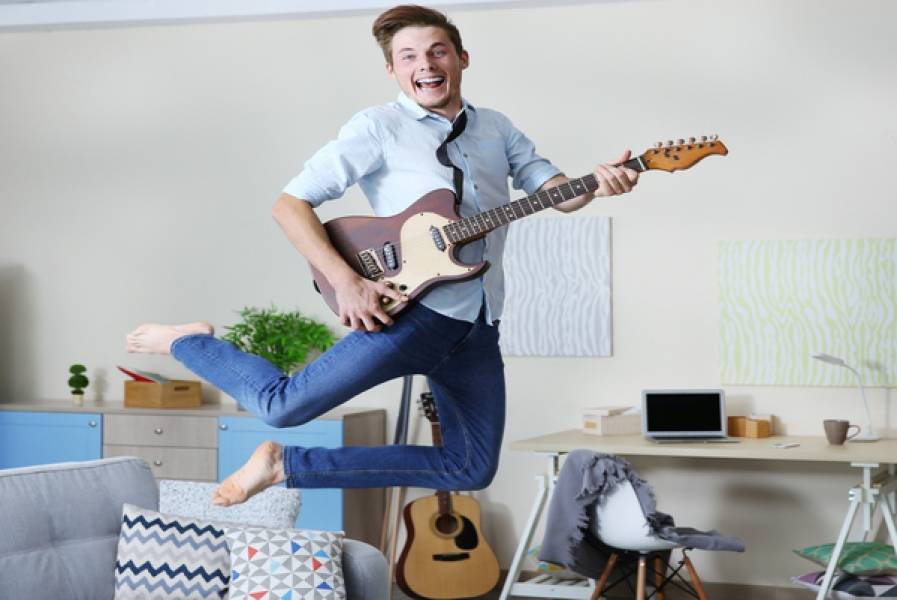 So Much to Be Grateful For

The Tunedly Team
May 22, 2019
What are some of the things you're grateful for? It's not always easy to remember to be thankful due to the stressful nature of every day life. For songwriters and other members of the music business, the challenges of the industry might make it hard to show gratitude.
But finding time to say "thank you" or share a kind word can go a long way in spreading goodwill. It can also be uplifting to people around the world who rely on songwriters for the songs they enrich the space with. Below are a few timely expressions of gratitude from some of your favorite songwriters, whether to thank their supporters, accept an award, or just to share a kind word.

Starting things off with her now famous quote: “If everything was perfect, you would never learn and you would never grow.”
This is a reminder to be thankful for life's struggles as they help you to learn and grow.

An excerpt from Bob Dylan's acceptance speech for the MusiCares Person of The Year Award in 2015: “I need to mention a few people along the way who brought this about. I know I should mention John Hammond, the great talent scout, who way back when brought me to Columbia Records. He signed me to that label when I was nobody. It took a lot of faith to do that, and he took a lot of ridicule, but he was his own man and he was courageous. And for that, I’m eternally grateful.”
Taken from a rather lengthy speech, Dylan pointed out in this passage how important it was that Hammond decided to take a chance on him. Sometimes all anyone needs is a chance to prove themselves.

An excerpt from his acceptance speech for the President's Award at 2019 NAACP Image Awards: “I grew believing I could do anything. That I could accomplish anything because of those strong women in my house…I would like to dedicate this award to those beautiful women. I'd like to dedicate this award to beautiful women in my life.”
Here, Jay-Z highlighted the beauty and role of strong women in the society and how, directly and indirectly, they have contributed to music around the world.

Raymond speaking in a 2018 interview where he gave a shout out to people who had helped him in the early part of his career: “The reason why I do it is because Janet Jackson did it for me. She took me out on my first major tour. And also to Mary J. Blige, she took me out for the first time on a theater tour. Before that it was P. Diddy and the family, and I was a part of the family.”
Another example of people taking a chance on the unknown and what can result when that happens.

Carey thanked her followers and supporters – via an Instagram post – after making public the fact that she suffers from bipolar disorder: “I have been hard at work, feeling inspired by each of your stories and uplifted by your overwhelming support. Let’s continue to encourage each other on our journeys.”
A perfect example as to why people with mental health issues need positive reinforcement from others and the resulting benefits.

Excerpt from an interview with Generation Progress where Warren expressed her appreciation to a group of sexual assault survivors, who had penned an open letter in response to her song with Lady Gaga called “Til It Happens To You”: “It was just humbling…It was just like, ‘wow.’ These girls are badasses, they’re great. I was very humbled and I’m so proud to be a part of this…I think that in the letter they said, ‘This song is so powerful.’ And when’s the last time you heard a song that really galvanized people?”
The expression of gratitude by the group of people who were touched by the song, in turn, resulted in Warren being grateful for their feedback.

Kesha took time out to thank fellow artists and fans for their support via an Instagram post during her recent legal battle: “I am beyond words in gratitude. Thank you is not enough but is all I have. A million times over and forever thank you. The support I have received has left my face swollen from tears. I love you all so much."
It's good to have the support of those around you when you're faced with different battles you might encounter in life. People can be so appreciative for the kind words you share during their troubling times.

Excerpt from her bio on Biography.com: “When I wake up every morning, I smile and say, 'Thank you.' Because out of my window I can see the mountains, then go hiking with my dog and share her bounding joy in the world."
King is someone who could be described as a songwriter supreme, having written in excess of 400 songs, some of which have topped charts around the world. But here, she is showing gratitudde for the simpler things in life, which is just as important as being thankful for the big achievements.

Responding to a question about how she manages to stay true to herself during a 2016 interview with Doctor Nancy Berk: “Well I just never wanted to be anybody but myself. I always wanted to look like a phony, but I wanted to stay real. I liked all the glitter and I like all the makeup and all of that. But I wanted my heart to always stay where it still is—back in the mountains and just be that simple girl that, you know, that loves God, and loved everybody, and that loved my work, to remember where I came from and the people that I came from. And I’ve always been appreciative of the fans. So I never once thought that I was supposed to change, except to change to the better because of the success—just to be more grateful.”
Dolly Parton is responsible for no less than 25 songs that have reached number 1 on the Billboard charts but, like Carole King, appreciates the simple things and the ability to be herself.

Famous quote: “Cherish forever what makes you unique, ‘cuz you’re really a yawn if it goes.”
Bette Midler has made a name for herself as a singer-songwriter, actress and entrepreneur. Here, she's reminding people to be grateful for the things that set them apart from others.

Mercer was known as a Tin Pan Alley lyricist and songwriter, and co-founder of Capitol Records. Here, he offered a compliment to another great songwriter, Irving Berlin, who had made a mark before his time: “You are just too much! My favorite was watching you sing…anyone could see how you love songs…and I just want to thank you for the example you set and all your help along the way.”
This message was in response to Berlin's performance on the Ed Sullivan Show in 1968, which impressed Mercer. It's a good thing to show gratitude to those who came before.

A snippet from her Songwriters Hall of Fame Induction Speech in 2016: “Tonight as I accept this award I feel like I’m standing in front of my tribe. Hunters and gatherers, scavengers, and “soul miners.” We work all our lives to dig out that little piece of truth from the depths of our life’s perceptions as we create, in three minute vignettes, these sonic offerings into the world. The power held in songs is immeasurable and I think, even though individually we struggle with our self-worth, we all know the value of what we do.”
Beth is a renowned singer-songwriter who has penned a host of hits for several country and pop artists. Here, she's showing the importance of being thankful for the community of which you might be a part.

An excerpt of Cohen's Prince of Asturias Awards speech in 2011: “I inhaled the fragrance of cedar as fresh as the first day that I acquired the guitar. And a voice seemed to say to me, "You are an old man and you have not said thank you; you have not brought your gratitude back to the soil from which this fragrance arose." And so I come here tonight to thank the soil and the soul of this people that has given me so much -- because I know just as an identity card is not a man, a credit rating is not a country.”
Always eloquent with words, Cohen was pointing out the importance of going back to your roots and giving thanks.

Urban shared with Rolling Stone magazine how grateful he was for the talent of another songwriter, Ed Sheeran: “I’m flabbergasted at the level of songwriting… Thank God for him to remind us in the midst of all this ringtone-song world we live in that actual real songs and songwriting still exist. The fact that we still get it renews my faith in humanity. When we are given something pure like Ed, we still respond globally.”
Just one artist sharing his gratitude for the talents of another, which is a nice thing for anyone to do.

An excerpt from her Billboard Women in Music - Woman Of The Year Award Acceptance Speech: “But thank you for this moment tonight so that my family can appreciate the hard work that I’ve put in, that’s kept me away from them, my passion. And I hope that any young girl or boy that’s watching this tonight knows that -- listen, this industry might never get better over time. There’s all kinds of problems all over the world. We can’t expect things to be perfect. But what you can do is have the heart. No matter what, you can have the heart. And it might be hard, and it might be ruthless, and it might be the ugliest thing you ever saw. But if you want it, you can do it. It’s there. And that’s all I want everyone to take away from tonight, and the most important thing for me being here was the one song that I got to sing that I would maybe in this moment get to give something back to the world for everything you’ve given to me and my family -- thank you, from the bottom of my heart. More than anything, I just never thought my family would have the kind of blessings that we have to take care of our future. So thank you.”
Lady Gaga giving out valuable nuggets of wisdom about the music business like only she can, as well as giving thanks to the people who contributed to her success.
Regardless of what might be going on in your life, there are a lot of different things you can still show gratitude for - as shared by the songwriters above.