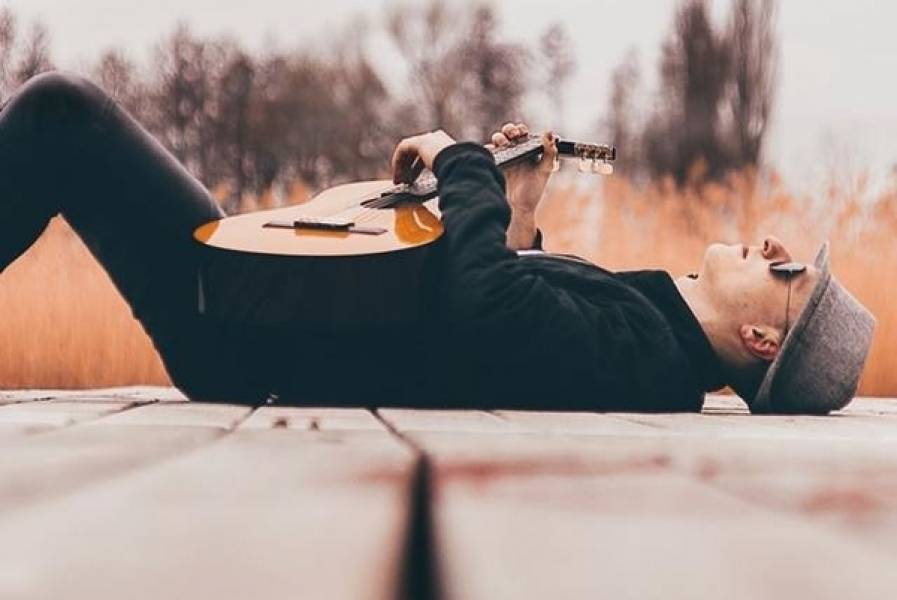 Songwriting is, without a doubt, the foundation of the music industry. Without songs being written, there would simply be no tunes to sing. Nor would there be a reason to have publishing bodies, record labels, performing rights agencies, song production companies, or even educational courses that teach how to write a song. Furthermore, people everywhere would have to find other ways to get through their days other than popping in a CD, turning to a music station on their car radios, or playing hits via streaming apps on their smartphones.

The world would be a very different – possibly dark – place if there were no songs being written. But songwriting is not only good for satisfying the ears of billions of people who jump on Apple Music and Spotify, as well as other platforms where they can access their favorite songs. And it’s not only good for the music business. Writing songs is also hella beneficial to the songwriters themselves.

Yes, in addition to providing an avenue for possible revenues and wealth creation, songwriting is also good for your mental health if you are a practicing songwriter. One does not have to look too far for evidence of this; famous songwriter Dolly Parton, for instance, once said, “Songwriting is my way of channeling my feelings and my thoughts. Not just mine, but the things I see, the people I care about. My head would explode if I didn't get some of that stuff out.”

Another songwriter, Ed Sheeran also hailed the mental boost he got from writing songs. During an interview on a BBC radio show, he noted: “I think any time I've ever got down or ever felt low, the one thing that picks me up from that is writing a song about it.”

With that said, here are 3 common mental health benefits of songwriting:

Everyone faces stressful situations at different points in their lives. Over time, if left unchecked, stress can take a negative toll on both the physical and mental wellbeing of a human being. Or you can just indulge in writing songs to alleviate or possibly eliminate its effects. In one study involving incarcerated women, it was found that songwriting provided an outlet for the participants to release pent up emotions while crafting lyrics about their emotional experiences.

Many people lack the ability to express themselves verbally while others struggle to put context to the thoughts they might have about a particular event or situation. All these can contribute to mental health issues such as anxiety and fear. Writing a song can help people better express themselves and get a clearer picture of something that might be bugging the mind.

Just ask Zayn, former One Direction band member, who has struggled with mental health issues in the past. In an interview with New York DJ Elvis Duran, Zayn pointed out the therapeutic benefits of writing his thoughts down. “It was fun to reminisce on things and think about what was good and what was bad and make sense of it all,” he said, before adding that "I feel like writing anything down is a little bit of a therapy process.” Perfect way to introduce the next tip...

Music has long been used as a means of therapy for anxiety and depression. In one 1995 study led by Kathleen S. Mayers, a clinical psychologist at Western State Hospital, it was found that songwriting helped reduce anxiety and distress in traumatized children. But the benefits extend to older kids and adults as well, as in the case of songwriter Madison Wiederhorn, who suffered from bouts of anxiety and panic attacks as a 17-year-old and checked into a rehabilitation facility as a result. In a 2016 article, a 22-years-old Wiederhorn praised the positive effects of music therapy – which included songwriting and playing in group therapy sessions – on her anxiety. According to her, songwriting, along with encouragement from peers, helped her find the root cause of her anxiety.

With roughly 450 million people worldwide suffering from mental health disorders, songwriting is one of the proven ways that people can learn to cope with its effects. Of course, professional therapy is recommended, which, in conjunction with songwriting, can produce more positive and long-lasting results.

IF YOU ARE READY TO BRING YOUR SONG LYRICS TO LIFE, WE CAN HELP. SEE WHAT FEATURES WE HAVE IN STORE FOR SONGWRITERS.