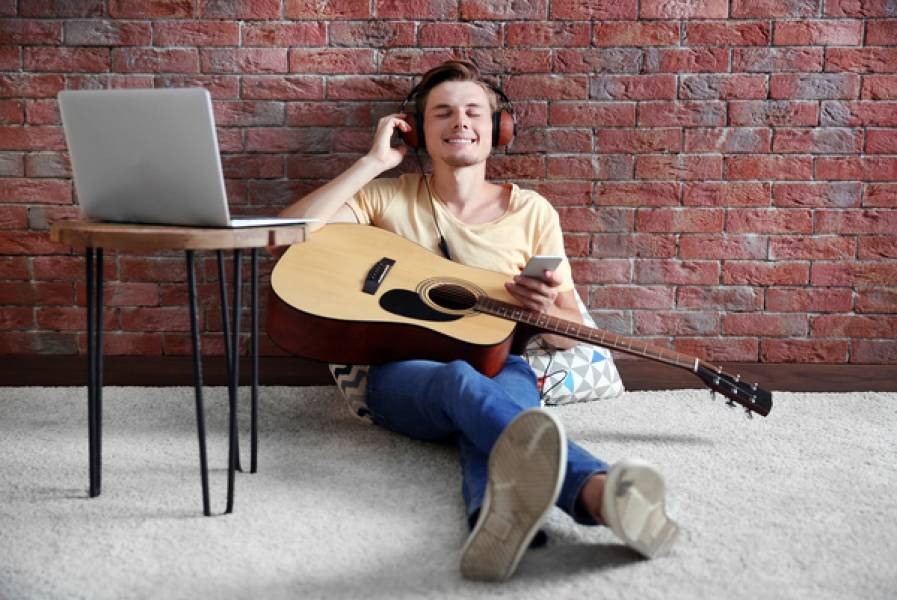 The Tunedly Team
September 18, 2019
What (or whom) is your songwriting influenced by? Sure, it’s a noble thing to say you are totally influenced by yourself and that all your work is 100% unique and original. However, no songwriter is perfect and, if you really think about it, all great artists are inspired by something or someone; sometimes a combination of both. There is a reason why you do what you do, right?
For Joni Mitchell, one of the world’s most iconic songwriters, one of her influences for writing songs came from an unusual source – cinema. She once illustrated her point in the following potent quote.
Said Joni: “A fan once said to me, ‘Girl, you make me see pictures in my head!’ and I took that as a great compliment. That is exactly my intention.”
Listening to hit songs written by Mitchell, such as “Big Yellow Taxi,” “Both Sides Now,” and “River,” it becomes clear that she wanted the listener to get a vivid picture of what she was talking about, just like you would when you go to the cinema.
Maybe it's not the cinema for you, maybe it's a community where you grew up that had a lot happening while you were there. Maybe it's a family member who left a strong impression on you. Maybe you are driven to write a love song because you are in love, or know someone who is, and want to put the feelings into words. Or maybe you write songs that describe the type of life you want to live but has not yet achieved. It could be another songwriter’s lyrical dexterity, a musician’s guitar prowess, a performer’s vocal delivery, or even a colleague’s word choices that serves to inspire the direction for a song you are currently working on. It could be anything, really.
Whatever the case, your songwriting style is likely influenced by people or things around you, whether you are aware of it or not. And that's a good thing because your influences provide a base for you to create meaningful lyrics and allow you to make songs that are believable and realistic. Songwriting influences play a strong role in not only how you create and the types of songs you pull off, but it also guides your growth and longevity in the music industry. Here’s why.
People have big expectations for your music
When a listener hears this is a new song by so and so, they automatically start paying attention and listening for something that grabs hold of them. They also, subconsciously, start comparing your style to those of their favorite songwriters and singers, and many will liken your work to another music creator, at least until they can classify your music.
Listeners want to hear a story
When someone plugs into your work, it’s not just about perfectly placed lyrics, a dope melody, or an unforgettable hook. Those things are important but listeners also want to hear a story. They want to close their eyes and see the chain of events or situation playing out in their heads for those few minutes. These are the types of songs that listeners develop emotional attachments to, and how you write such songs is undertanding what influenced the story in the first place, rather than simply deciding you want to write a song.
Some familiarity is good
Sure, people might say they want to hear something “different” but research shows that is not necessarily true. In one 2013 study, researchers found that familiarity in music often predicted song preferences, playlists, and the radio stations people tend to gravitate to. With that said, the things or people who influence your songwriting will add some amount of familiarity to your song that will help people catch on and make it easier for them to relate to the story you’re trying to tell.
Helps you find your own voice
George Michael has been described by Elton John as one of the greatest songwriters of his generation. Yet, Michael has been on record pointing out that his work has been influenced by other musicians before and during his time. George Michael is not alone. There are many other famous songwriters who have been influenced by others, including Jimi Hendrix taking cues from Bob Dylan and Diane Warren being inspired by Barbra Streisand.
However, these artists all had their own distinct styles and voices that, in turn, influenced songwriters who came after them. This goes to show that being influenced by others will not lead to imitation, but instead help to guide you into finding your own voice.
At the end of the day, most people just want to be entertained
As a songwriter, you need to create songs which are meaningful and relevant to music listeners. The ability to do this consistently is really what separates good songwriters from those who achieve greatness. When you know your songwriting influences and intentionally feed off them to create new music, you give direction to your work. This direction helps you create stories that are effective in taking listeners on an entertaining journey. The journey is one of the factors that determine whether a listener will press replay or even want to listen to your song again (and what they really care about).
So, do you know your songwriting influences? Spending some time to think about it might be useful in helping you find your own unique style, in addition to writing more meaningful songs.