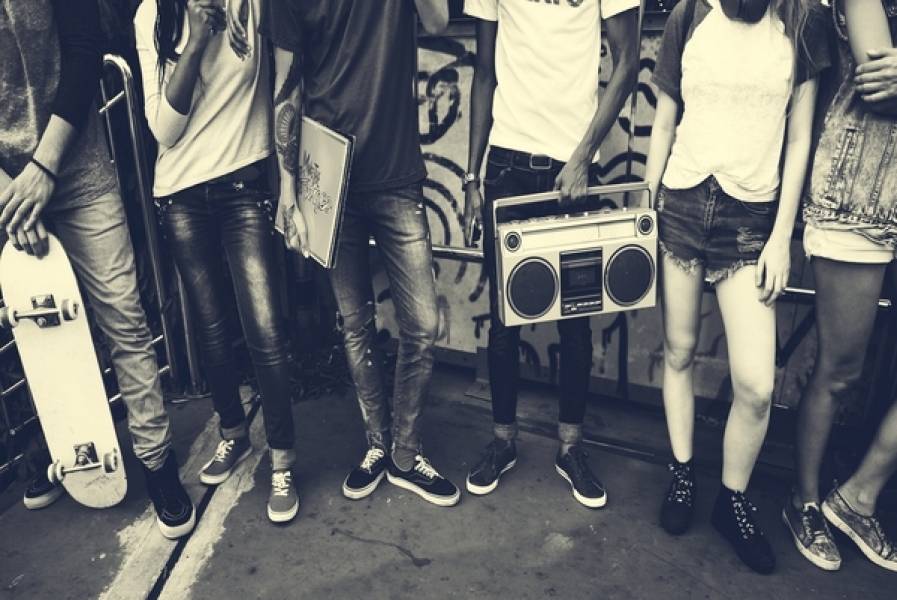 Songwriting in Rhythm and Blues

The Tunedly Team
October 02, 2019
R&B, which stands for Rhythm and Blues, is one of the most popular genres of music listened to around the world. As a result, many of the songs on mainstream charts, such as the Billboard Hot 100, are often classified as R&B or influenced by the genre.
Many of the world's most popular artists specialize in R&B, or at least include it in their offerings, considering that a large section of the global music audience enjoys it. Think Chris Brown, Khalid, Normani, Mariah Carey, Mary J. Blige, Bruno Mars, just to name a few.
It also follows that there are many songwriters who focus on writing R&B songs and there are plenty of tutorials on how to structure songs written in the genre. It is a good move for any songwriter to write R&B songs since there are a lot of artists you can pitch your songs to, if that is the case for you. In addition, there are many opportunities to have R&B songs placed in movies, TV shows, and other productions.


A little back story on R&B

The R&B genre began life as a Jazz and Blues-influenced style of music created by the African American community in the 1930s. By the late 1940s, its growing popularity resulted in the Billboard Magazine coining the term Rhythm and Blues. The rhythm portion of the name spoke to the four-beat framework used in the composition, which encouraged dancing, while the blues part referred to the sad (blue) tone of the lyrics and melodies which dominated most of the songs created in the genre back then.
R&B became the sound of many American black youth growing up in the 1950s, 60s, and 70s, and was commonly played and performed in clubs and bars at the time. Labels such as Motown Records started an R&B onslaught on the music industry, rolling out hits after hits and producing numerous stars in the process. Artists such as Marvin Gaye, Aretha Franklin, Ray Charles, and Diana Ross, among many others, helped to define the era and refine the sound.
As newer artists, including pioneers such as Michael Jackson, added their own spin to the genre, R&B expanded with elements of other popular music. Today, R&B has evolved to include the sounds of soul, funk, pop, rock, gospel, and hip-hop music.

Writing an R&B song is not that different from writing in other genres. Most R&B songs use the same song structures, especially the verse-chorus-verse-chorus-bridge-chorus set up. As a result, we won’t dwell on the mechanics of how to write an R&B song. If you are a songwriter at any level, you pretty much already know how to write an R&B tune. But with R&B being so commercialized, it means songwriters who want to make money from it have to learn little ways to make their songs sound fresh, in order to shine.
Thankfully, differentiating your R&B songs is not rocket science. A songwriter who wants to write R&B songs that stand out can do so by, first, understanding what makes it tick. Secondly, by keeping abreast with the changing trends in R&B. And thirdly, but just as important, by learning and practicing R&B songwriting techniques. Let’s talk about the latter.
- Aim to tell a story
From the very beginning, Rhythm and Blues has always been a type of music built on storytelling. And that hasn’t changed. From early hit songs such as “Save The Last Dance For Me” by The Drifters to recent earworms such as “Boo’d Up” by Ella Mai, the storytelling element has remained consistent in R&B. So, focus on telling a story when writing an R&B song. Make it interesting by including little details that people may not expect but can still relate to.
- Decide on the type of influence
As mentioned, modern R&B draws influence from other genres. With that said, deciding the style of your song from the beginning will help you with framing the tone of the lyrics and shaping the kind of sound you want. If you want to give it a pop influence, for example, you can explore inserting some repetition for some words, phrases, and/or melodies, as well as keeping the lyrics simple. If the influence is hip-hop, you can be more lyrical and methodical in your delivery (think Drake). Souls? Make both lyrics and vocalization as emotionally charged as possible (think Whitney Houston’s “I Will Always Love You”). On the other hand, if you want to give it a classic R&B sound, you want to focus on keeping things mellow and “bluesy” (think Sam Smith’s “Stay With Me” or “Why I Love You” by Major).
- Create strong melodies
Melody is not unique to R&B, since it is a big part of songwriting, in general. However, just like with other genres, you want the melody in your R&B song to be resonant and memorable, whether it is a vocal or instrument melody. You may also want to try and make your melody have a climax, giving the listener a temporary high and something to look forward to each time they get to that part of the song.
- Put the focus on meaningful lyrics, not rhyming
In R&B, the focus tends to be more on what the lyrics are saying rather than the ability to rhyme on every line. R&B listeners tend to be more intrigued by the story being told and will look past the occasional missed rhyme, as long as they get the gist of what is being said. This is especially true for classic R&B styles used in songs such as “Get You” by Daniel Caesar.
- Emphasis on vocal arrangement
R&B songs are about movement and emotions but those that get noticed tend to also have some emphasis placed on the vocal arrangement. The vocals usually have a lush sound from building up harmony parts and appropriate intervals between them. This is a technique that, when mastered, can take an R&B song from basic to awesome. Of course, this depends on the type of influence present in the R&B song you are writing, as well as the type of sound you want (big and explosive vs calm and laid back, for example).
- Staying up to date with the culture
R&B tends to closely follow what’s going on in the public, especially hip-hop influenced R&B. It makes sense, therefore, that you stay acquainted with the slangs and phrases being used, particularly as it relates to relationships and daily human interaction. Bruno Mars did this to good effect with recent hits such as “24K Magic” and “That’s What I Like,” both of which contained references to popular culture, especially in the African-American community.
In closing
Writing R&B songs is not bound by any hard and fast rules. The beauty of songwriting is that you can create something that doesn’t follow any conventional wisdom and it might just turn out to be a hit. However, being aware of best practices, such as the R&B songwriting techniques and tips expressed above, can guide your own style. It can also help you with a starting point in producing R&B songs that have a chance of connecting with the listening public. At the same time, if you need help creating R&B songs, or songs in any genre for that matter, the Tunedly Team is always ready to help.