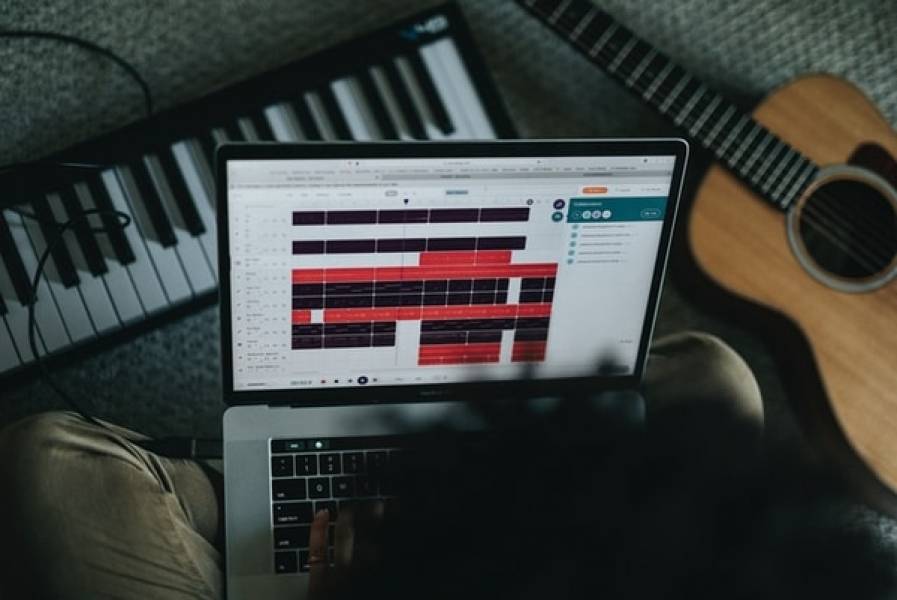 Songwriting Vs A Day Job

The Tunedly Team
November 04, 2020
A songwriting career is often filled with ups and downs. Songwriters who are just starting out are particularly vulnerable to some harsh realities that come with the territory, especially if you are doing it as more than just a hobby. Ambiguities relating to copyright and finding out you likely won’t be getting your first paycheck any time soon, can make the songwriting business quite challenging.
With that said, no matter how much you love writing songs, a day job can appear to be a better route. For starters, being employed at a corporate entity means you can look forward to a regular salary every week, fortnightly, or monthly. Then there are the medical, dental, and other benefits that come with holding down a 9 to 5. If you are ever faced with contemplating giving up your songwriting career for life behind a cubicle, you are not alone. Plenty of songwriters have been faced with this dilemma, and some even made the switch.
But is a day job really better or more secure? There is no straightforward answer to that question. There are people doing well and feeling happy with their lives behind a desk and there are those who are simply unhappy (approximately 50%). Likewise, there are songwriters who are dissatisfied with their current professional positions and others who are content with their achievements. So, what should you do? Here are a few things to think about:
Freedom to do what you love
There are many freedoms that come with being a professional songwriter. You can set your own schedule, to begin with, and determine your personal level of productivity. There is also the fact that you can take a vacation, bathroom breaks, and schedule family time, without having to consult with a boss or HR. You can create songs on whatever topic you want, as well as decide which ones to keep for yourself and those you want to share with the world.
That’s not to say there are no freedoms in the corporate world. There are positions that do allow you to work on your own terms, especially if you are a freelancer or consultant. Also, there are staff songwriters who don’t have the level of freedom and privileges as a non-contracted songwriter. But by and large, being a songwriter is generally more freeing than working in an office environment.
The routine life
As mentioned, songwriters are able to set their schedules to suit their lifestyle. On the other hand, working in a corporate setting usually means going through the same routine day in and day out. For many, this can be mentally draining, not to mention boring. Of course, there are exciting jobs that make following a routine bearable. In addition, songwriting can be just as mundane if you stick to the same schedule every day. However, most two days are never quite the same for the majority of songwriters. Even if songwriting becomes a drag, there are numerous things you can do to restore your zeal for the craft.
Long term vs short term benefits
Making lots of money from writing songs is never guaranteed. As you probably know, only the really famous music creators become wealthy from the practice. Moreover, royalty payments are often up to two years behind, so you can’t expect to earn a bunch of money right away by becoming a songwriter. At the same time, the songwriting field offers numerous opportunities to earn over the long term. One well-placed song with a top artist or major production can keep earning you a constant stream of income for decades in the future. You can earn in a similar manner with a regular job by making smart investments, but it often requires having a pretty decent level of salary to begin with, which is not the case for the majority of blue-collar workers.
Diversifying your income
Speaking of earning opportunities, songwriting comes with many different ways to earn, from creating songs for other artists to pursuing sync licensing deals. You can sell songwriting tutorials, run a songwriting-related blog, and even write marketing jingles, all of which can supplement your income. On top of that, being a songwriter can afford you the freedom to start other kinds of businesses, which can add other income streams. Many corporate positions are time-consuming, making it hard to find time to build a personal business.
Feeling fulfilled
Writing a song and sharing it with the world is a major achievement, regardless of how well it does. Although intangible, a song you wrote will exist in a recorded medium for a really long time, to be enjoyed by future generations long after you are gone. That’s why so many songwriters report a feeling of fulfillment and accomplishment from their works. It’s a feeling that is shared by other creatives such as artists, designers, and builders. It is also hard to replicate in most desk jobs unless you are in a role that allows you to have control over certain decisions.
Conclusion
There is absolutely nothing wrong with having a day job. In fact, statistics show that roughly 49% of employees in the U.S. are fully satisfied with their mode of employment. That’s a high number. However, for songwriters who may be caught in two minds about pursuing a day job or songwriting career, it makes sense to weigh the benefits of both in order to make the best decision.