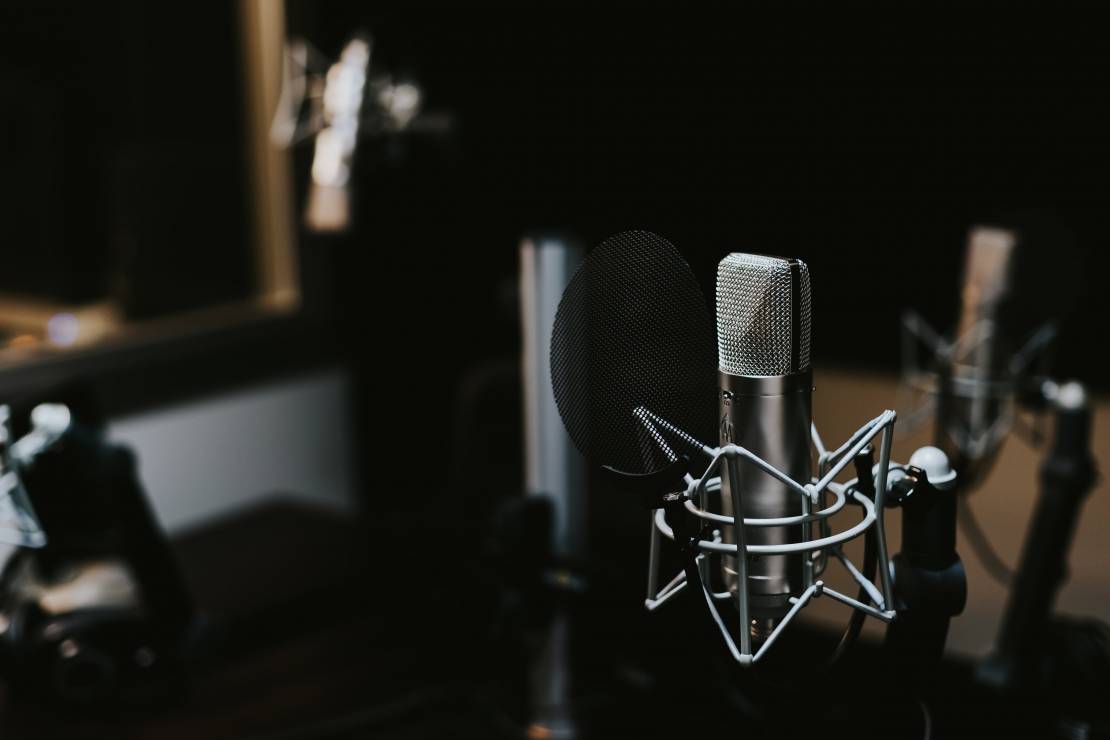 Sound recording as we know it today is very much different from the way it was a few years ago, a few years before that, and many many years before it even existed. Like every other industry that has been created in time, sound recording has undergone several technological advancements from its original humble beginnings. It is thus expected that sound recording as we know it today is bound to evolve beyond its current era, to a more advanced and easily accessible format as it has been over the years.

Experimentations in capturing sound on a recording medium for conservation and reproduction commenced seriously in the 1800s during the Industrial Revolution but many pioneering tries to record and reproduce sound were made during the latter half of the 19th century. It began in 1857 when French printer and bookseller Édouard-Léon Scott de Martinville invented the first sound recording device in Paris called the Phonautograph. It could detect amplitudes of sound by imitating the architecture of the human ears.

Scott’s design was intended only for recording information about speech structure onto the paper and did not have any playback abilities. But his steps greatly inspired the creations of future innovators. The first follow-up to the Phonautograph was created by Thomas Edison in 1987. It was a device called the Phonograph. It was a machine that was made of a cylindrical drum which was wrapped with a sheet of tinfoil, a handle that both rotates the drum and moves it laterally, a diaphragm that receives sound waves that causes it to vibrate, a stylus which is attached to one side of the diaphragm and embosses a groove on the tinfoil cylinder, and a mouthpiece that is located on the other side of the diaphragm where the operator speaks into for recording and the sound comes through for playback.

The embossed groove in the cylinder consisted of undulations that are equivalent to the pressure patterns of the sound waves received by the diaphragm. When the operator speaks into the mouthpiece and the diaphragm vibrates, the stylus is caused to make the markings on the tinfoil cylinder as it is turned with the handle, thereby recording the sound. When it is time for playback, the stylus is just placed at the beginning of the groove on the tinfoil cylinder, and the cylinder is again turned with the handle. This makes the stylus move and in turn, causes the diaphragm to vibrate and move air into the mouthpiece and recreate the recorded sound.

Edison’s phonograph was impractical. The sonic results were abysmal and the recordings wore out almost immediately. The tinfoil material was frail and was not usable. Alexander Graham Bell (inventor of the telephone) and Charles Tainter realized these and made improvements to the device, resulting in the wax cylinder phonograph 10 years after its original invention. A hard-wax removable cylinder replaced the soft tinfoil-covered fixed drum. And the cylinder no longer moved laterally across the machine, it was now the other way around. With improvements to the recording and reproducing heads, the sound recorded began to be recognizable. Bell’s device proved to be much more durable and better accepted by the public.

The Gramophone was developed between 1887 and 1893 by Emil Berliner. It was invented as a way of avoiding Edison’s patent on cylinders, having a process as different from Edison’s as possible. The stylus moved across the recording medium, now a disc rather than a cylinder, and recorded on it by causing a stylus attached to a vibrating diaphragm to cut a groove which oscillated in the lateral plane (from side to side) rather than the vertical (up and down). A track was made in a thin coating of lampblack that covered a metal disc.

Gramophones used an ‘acid-etched’ process to finish the production process for mass reproduction. Berliner easily made copies of his discs by electroplating the original disc to provide a negative version with ridges instead of grooves. This metal negative became a stamper for producing identical copies in a steam-heated press. These early discs gave a promise that music recording could be a thriving business. But the process of recording and the gramophones to play them on were still too crude to make serious music a viable proposal. This changed when the gramophone started using Bell and Tainter’s wax as a medium to make recordings on.

As the years went on, Berliner’s Victor Talking Machine Company managed to introduce discs in varying sizes and lengths, all enabling gramophone to become the most popular sound recording and playing device. The material that is most associated with gramophones, Vinyl, came to use during the 1950s. These early recordings were however of low fidelity and volume and captured only a narrow segment of the audible sound spectrum — typically only from around 250 Hz up to about 2,500 Hz — so musicians and engineers were forced to adapt to these sonic limitations.

Sound recording began moving from the above outlined acoustic methods to a more electrically inclined method. This was ushered in by the introduction of Western Electric's integrated system of electrical microphones, electronic signal amplifiers, and electromechanical recorders, which was adopted by major US record labels in 1925. Sound could now be captured, amplified, filtered, and balanced electronically, and the disc-cutting head was now electrically powered.

But the actual recording process still required that the signal be physically inscribed into a wax 'master' disc, and consumer discs were mass-produced mechanically by stamping a metal electroform made from the wax master into a suitable substance, originally a shellac-based compound and later polyvinyl plastic.

The Western Electric system greatly improved the fidelity of sound recording, increasing the reproducible frequency range to a much wider band (between 60 Hz and 6000 Hz) and allowing a new class of professionals – the audio engineer – to capture a better sound on record. Electrical microphones led to a dramatic change in the performance style of singers, while electronic amplification had a wide-ranging impact in many areas, enabling the development of broadcast radio, public address systems, and electronically-amplified home record players.

The Western Electric system came with a cost. For each record sold and made by that process, a royalty was payable. The system itself was leased rather than sold outright. All the major record companies, therefore, made serious attempts to develop their systems that did not infringe WE patents but that would result in equally good or better recordings. Gramophone Co. ‘merged’ with Columbia in 1931, and created what is today called the Blumlein system. The recordings made with it tend to have a freedom that could sometimes be missing from the WE system and more importantly, it was free of royalty payments.

Sound recording development continued to be explored further. At the end of world war II, magnetic tape recording was discovered in the German territory and became exposed to the rest of the world. Magnetic tape provided another dramatic leap in audio fidelity. It became the standard medium of audio master recording in the radio and music industries and led to the development of the first hi-fi stereo recordings for the domestic market, the development of multi-track tape recording for music, and the demise of the disc as the primary mastering medium for sound.

It also made it possible recordings of far longer duration and much higher fidelity than ever before. Sounds captured on the tape could now easily be manipulated sonically, edited, and combined in ways that were simply impossible with disc recordings. Magnetic tape fueled a rapid and radical expansion in the sophistication of popular music and other genres, allowing composers, producers, engineers, and performers to realize previously unattainable levels of complexity.

The "digital" era, has seen the most rapid, dramatic, and far-reaching series of changes in the history of audio recording. Unlike all previous technologies, which captured a continuous analog of the sounds being recorded, digital recording captures sound by means of a very dense and rapid series of discrete samples of the sound. When played back through a digital-to-analog converter, these audio samples are recombined to form a continuous flow of sound.

The first digital audio recorders were reel-to-reel decks introduced by companies such as Denon (1972), Soundstream (1979), and Mitsubishi. They used a digital technology known as PCM recording. Studios, within a few years, shifted to devices that encoded the digital audio data into a standard video signal, which was then recorded on a U-Matic or other videotape recorder using the rotating-head technology that was standard for video. Digital Audio Tapes used similar technology for consumer formats contained in cassettes, but they were too expensive and were consequently a failure.

The introduction of digital recording brought about multitrack recorders (using stationary heads) being produced for use in professional studios, low-priced multitrack digital recorders being used in home studios. ADAT machine, which was one of such recorder types, is capable of recording 8 tracks of digital audio onto a single S-VHS videocassette and is still a very common fixture in professional and home studios around the world. Tapes and gramophones were largely displaced by the compact disc (CD) and to a lesser extent the minidisc. These recording media are fully digital and require complex electronics to play back. Digital recording has progressed towards higher fidelity, with formats such as DVD-A offering sampling rates of up to 192 kHz.

The compact disc almost totally dominated the consumer audio market by the end of the 20th century, but within another decade, rapid developments saw it rendered redundant by the invention of the digital audio files (.wav, .mp3, and other formats). When combined with newly developed digital signal compression algorithms, which greatly reduced file sizes, digital audio files came to dominate the domestic market, thanks to commercial innovations such as Apple's iTunes media application, and their popular iPod portable media player.

Today, songs are now listened to off streaming platforms which have gained popularity since the late 2000s. And digital sound files and recordings are now stored on any computer storage medium, a large gap from the engraved storage systems we started out with in the 1800s. We look forward to what the future holds.